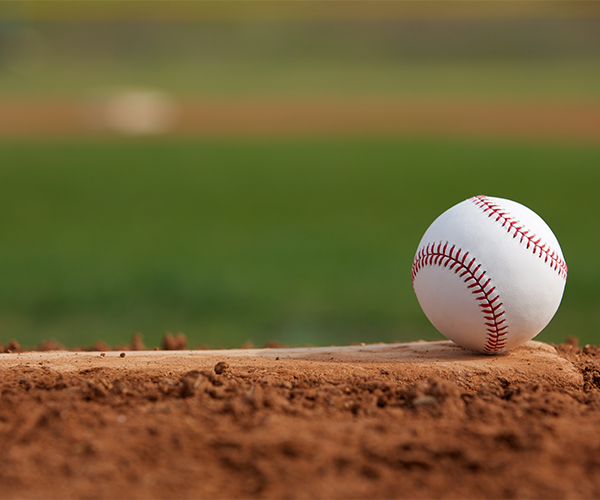 It’s been said that time begins on Opening Day, but it’s more accurate to say that Opening Day marks the passing of time. Today begins the forty-ninth baseball season since I was born, and if there’s one thing I’ve noticed as I’ve gotten older it’s that the calendar pages flip much faster than they used to. Everything speeds up. The children who used to fit nicely in your arms are readying for college, the grey in your hair has won the battle against the color of your youth, and when an old friend starts a story with “Remember that time…” he could be talking about something that happened three decades ago.

And so it is with baseball. When I was a boy my entire life centered around the game, whether I was playing in the street, watching my heroes on television, poring over box scores in the back of the sports section, or reading about ghosts named Ruth, DiMaggio, Aaron, and Clemente.

The winter was dark, even after we moved to California, because the game was gone. There was no stretch of time longer than November through March, a five-month void that loomed before me each year like a trans-Atlantic crossing. I knew we’d eventually get there, but I could never see the shore.

But somewhere along the line those months started clicking by without notice, probably because my relationship with the game changed. Baseball still has my heart, but there’s competition now. Adults have jobs and mortgages and families. Other interests. While I could still tell you Ron Guidry’s 1978 ERA off the top of my head, I don’t remember how many home runs Aaron Judge hit last season. I can list the World Series winners for most of the twentieth century, but I have no idea who won five years ago.

But baseball doesn’t. Two years ago my son and I took a train to San Diego to watch the Yankees play the Padres, and we were rewarded with a win and an autographed ball from Reggie Jackson. Last season we drove down the road to Anaheim to watch the Aaron Judge Show, and naturally he roped a home run into the centerfield seats. My son will never be the baseball fan that I was and still am, but I know he’ll remember these moments after I’m gone, and maybe one day he’ll bring his child to a ballpark and tell those stories.

My son and I won’t be able to watch the Yankees together this afternoon – he’ll be at his school and I’ll be at mine – but we’ll text about it. He’ll ask me who won, and he’ll ask who hit home runs. As the season unfolds he’ll notice the new faces who show up, and he’ll ask me about Giancarlo Stanton and Gleyber Torres and Miguel Andujar. We’ll pick a game to see them when they come to town, and he’ll wonder about which t-shirt to wear, Tanaka or Judge. We’ll sit in the stands sharing kettle corn, and I’ll tell him stories about players long dead and games long forgotten. Mainly, though, we’ll be together.

I'm trying to wrap my brain around a rain delay in a retractable dome stadium. Did they not see rain in the forecast?

I believe the delay is because they’re having a ceremony to retire Roy Halladay’s number.

Yay, baseball is back!

Left fielders having all sorts of troubles today.

Got my mlb package, at-bat app, and Roku up and running *just* in time!

And, there goes the Judge. Looked bad on that last swing.

And there goes Stanton!!!

Then, beautiful again! Shutout intact. Or, in tact, if that’ll bring RI out

I think Boone looks a bit like Torre. Maybe more than a bit. And he does a great walking to the mound impression of Joe!

[2] ah...me making assumptions while listening to the radio

[10] I heard it live, but I found it in Italian on the interweb:

Apparently "You cannot stop it" is the translation.

Only a double, Aaron?

Thanks, Evil! That’s a terrible call by Sterling. Ugh.

True dat! Though, I never really listen to his radio broadcasts

Tyler Austin is better at first than Chris Carter.

Hey, thelarmis, do you know a Birmingham band called "Skeptic?" ?

I’m not familiar with them, Evil. Sounds metal!

I might be playing in B’ham later this year. Or, Montgomery...

[29] My cousin plays bass for them. I'd say a tad more on the punk side o'things.

Damn, there goes the no-no

I have to scoot for a beat. Hold this lead!

I can get used to this!

Kraken with a double

Oh. So you don't need your foot on 1st base when you catch it this year. Good to know. :/

How in the world was that call NOT overturned??? : /

I like it! Gary is firing the ball to Didi on strike outs that are the 3rd out.

Didi gave it a ride

So what do we think, should we keep this Stanton character?

And we need to get a gift basket for Jeter for agreeing to this deal.

[0] Great write up as usual Hank, thank you!

Excellent start, had to watch on delay here in Japon but that's OK.