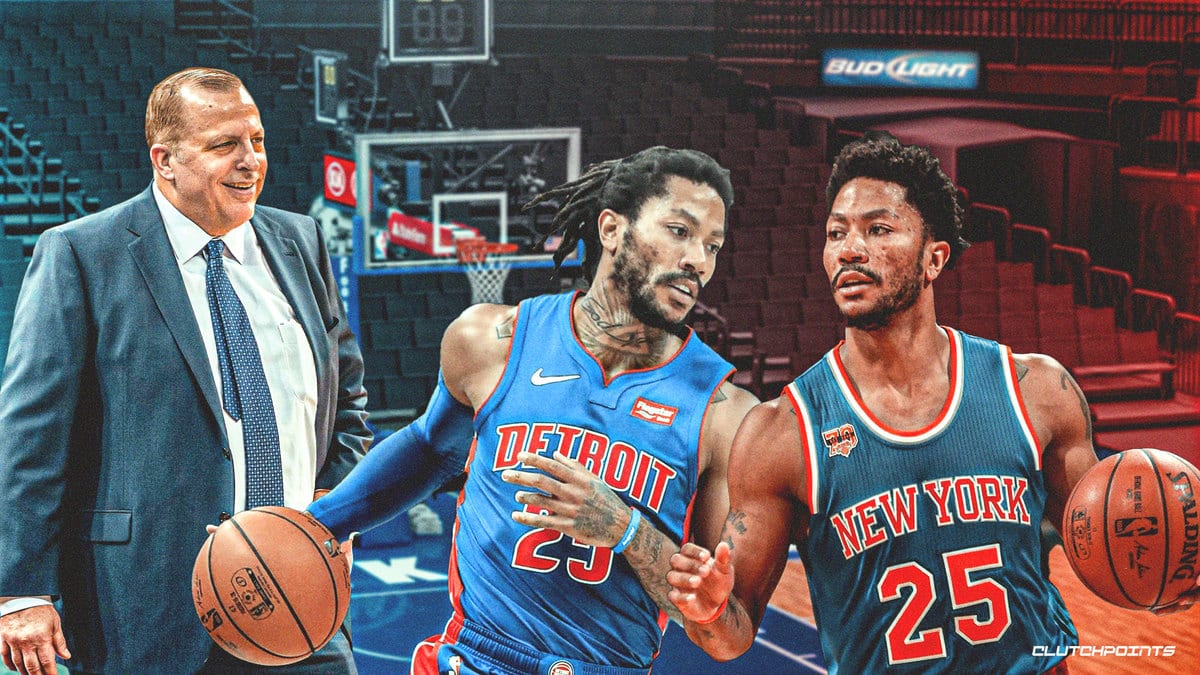 I’ve been pretty tied up as a stagehand on some show for a while now, but behind the scenes I’ve been keeping track of much of the major sports moves across MLB, NBA and even (gulp) NFL as the pandemic has stimulated some dramatic changes on rosters and front offices alike.  I’ve had long email threads involving a few folks here about these events, which eventually turned into a request to open the discussion to the rest of us Banterites, which I’ve decided to do as time permits.  I’m sure most have been kept abreast by your favorite credentialed or otherwise consistent sources, but I offer a familiar perspective you can interact with in our comfortable break room, nothing more and nothing less. Shall we begin?

The latest treacle of info is that the New York Knicks, who have undergone a much needed and dramatic change of culture from front and back (but sadly not the tippy-top) have reacquired guard Derrick Rose from Detroit.  If you’ve paid attention, you know that Rose was last seen (around here anyway) during the 2016-17 season failing with the Phil Jackson-error squad as he struggled with the obsolete Triangle offense and ended up having injury-marred turns with both Cleveland and Minnesota the next season.  He regained his footing with Detroit in 2019, but because of health issues has started this season off the bench for them, so it’s not as much of a significant move on the surface as his name implies.

Given his travails with the Knicks and his outspoken criticism and desire to get away, I’m surprised he would acquiesce to returning, but then there has been significant change here and with him as well.  For one thing, Tom Thibodeau is the coach now, and Rose had his best years with Thibs, so he’s someone who knows the system and can help integrate the younger Knicks on the roster with said system (and commiserate when they get worn out) that worked well for a while with the Chicago Bulls.  Can’t argue with the results so far; Thibs is known as a defensive guru of a coach and has helped lift the current team to 5th in defense across the league well before reaching the halfway point of the season. Not to mention, the Knicks are in real need of a veteran point guard to stimulate the offense, which tends to be a liability with his teams unless he has decent players in place to make them work. He can develop those types (as he did with Rose, or he and the new front office can acquire those types (as they did with Rose).  Of course, the downside of this is Rose’s injury history; he had a significant ACL tear of his left knee during the 2011-12 season playoffs that kept him out for the rest of the series and all of the following season.  He returned for 2013-14. but tore the meniscus of his right knee in November and missed the rest of that season.  The following season he again required surgery on his right knee in March and missed 20 games before returning in April for the playoffs.  In his lone season with the Knicks he was shut down in the latter part of the season for another meniscus tear.  With Cleveland, Minnesota and Detroit the injury trends continued throughout.  Despite this, Rose has shown flashes of his former All-Star form throughout even after returning from various injuries, so his game seems intriguing enough to have him in anyone’s rotation, but even though he’s 32, his injuries have culminated to the point that Detroit restricted his minutes and had him coming off the bench this season, which is likely to continue in his return.  If nothing else, this is an experience pickup that could provide some productivity while allowing the younger point guards to develop (or buy time and space to find/develop a good starter for that role).  There’s promise in guard Immanuel Quickley, inconsistent as he has been, that shines above current roster guards Elfrid Payton, Frank Ntlikina and Austin Rivers (who seemed to be groomed this season solely as trade bait for contending teams).

The flip-side of getting Derrick Rose back is sending Dennis Smith Jr. and a 2021 second-round pick via the Charlotte Hornets. Again if you’ve been paying attention, that probably says more about Rose’s impact on Detroit than Smith Jr has had on New York. To say the least, Smith has been a disappointment. Coming over in what amounted to a salary dump with a couple of okay picks and expiring contracts for guys that probably wudda-cudda-shudda stayed were it not for the massive incompetence of the then-front office… man, this was a strange move, and one that went pretty much as expected as Smith was really deep on the downside of a somewhat promising career and has not deviated from that path to obscurity yet.  In fact, it had gotten to the point that he asked to be placed in the G-League just so he could get quality playing minutes as he was locked out of the rotation and averaged less than ten minuets a game in the 3 games he played in.  Being traded to Detroit could actually be a breath of fresh air for him; a place where he can rehab his game without expectations.

As for the picks; well it’s capital, which will probably be used to acquire more development pieces. Let’s not forget that the Knicks are a rebuilding organization (let alone the team in the locker room) and any success they experience should be viewed from that lens alone. Knicks president Leon Rose and his Funky Associates were brought in specifically to change a losing culture that has hung over and rotted the organization for over twenty years (with one playoff win during this period and oh-look, the head coach from that season is an assistant on the staff this season), and though the coach has them playing surprisingly well, it’s still a work-in-progress, as evident by the trade for a player they once had who can, in a limited capacity, provide a good amount of progression for the younger core players they’ve acquired or drafted.  It won’t change them overnight and it won’t make them surprise contenders, but it does show a commitment to the coach’s system.  I’d start expecting something in year three if I were you.