To Sleep – Perchance to Dream 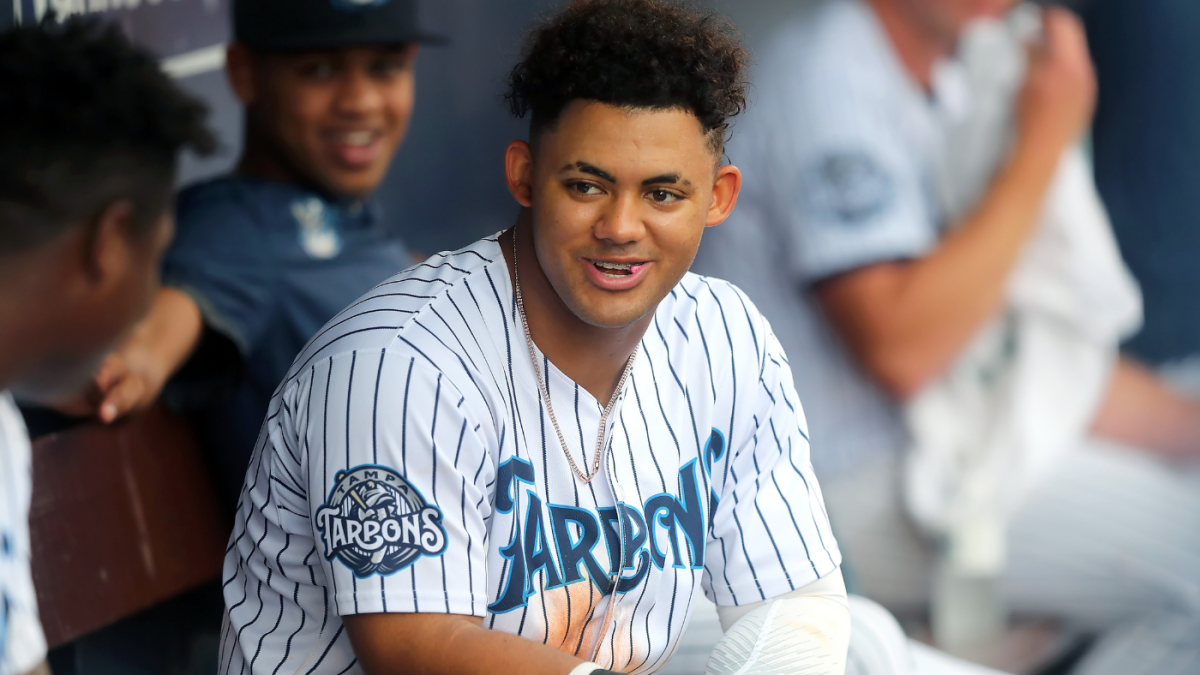 The days and weeks leading up to the major league trading deadline first and foremost offer opportunities for a franchise to transform itself, but it asks fans to declare something as well.

The Yankees made some smaller moves, picking up a starter, two relievers, and a couple outfielders while also moving Jordan Montgomery in a late surprise, but the big move came courtesy of the San Diego Padres.

There are always a few shiny objects dangling in July, and Juan Soto was the shiniest. When the youngest superstar in the sport is on the trading block, all of the usual big market teams are immediately linked, and there was certainly speculation that Soto could end up playing right field in the Bronx, giving the Yankees the most lethal left-right combination imaginable.

But it was a smaller market team that swooped in with a genius stroke to get a player whose combination of power and plate discipline has been favorably compared to the legendary skills of Ted Williams. Adding Soto to a lineup that already includes Manny Machado and Fernando Tatis, Jr., gives the Friars three of the best young players in baseball at least through 2023, and that’s where the brilliance of this plan truly lies.

Tatis is in the first year of a 14-year $340M contract, but it’s heavily backloaded, so he’ll be making a relatively modest $20M in 2025, the year that Juan Soto will be an unrestricted free agent. It doesn’t seem remotely possible that any franchise, and certainly not the San Diego Padres, could keep all three of those elite players. Those three alone would cost more than a hundred million dollars a season, but Machado has an opt out after 2023.

So what the Padres have done is assure that they’ll have these three players together for this pennant race and all of next season. With Soto in the fold, a Machado opt out will now actually benefit both parties. Machado will certainly be able get more than the $150M that will remain on his contract, and the Padres will shed that obligation just a year before they have to give a long term deal to Soto. If for some reason they prefer Machado, they can sign him and let Soto walk. It’s a win-win for San Diego, and they just might win a World Series along the way.

There are certainly Yankee fans who are furious right now that Soto isn’t headed to the Bronx, no matter which prospects might have gone in the other direction. And while it’s tempting to imagine what Soto might have done with the short porch in right, I’m okay with Brian Cashman’s decision.

Unlike any other sport, baseball is built on dreams. Every organization has a prospect who might become the next Ted Williams, and it’s easy to be enchanted by that hope. It’s why people don’t stop at a roulette table to bet on red or black but to wink knowingly at the croupier and drop a chip or two on 23. We dream big.

Soto would’ve been a big win, but I’m happy putting my chips on Jasson Dominguez. Thirty years ago the Yankees drafted a kid from Kalamazoo, and I dutifully followed his career through the minor leagues, hoping that he might become something special. A few years after that, Yankee scouts convinced me that another young prospect could be the next Mickey Mantle. The first you know; he was inducted into baseball’s Hall of Fame last summer. The second you might not. His name was Rubén Rivera, and he hit .216 over the course of a nine-year career with five different teams.

There’s no telling what might happen with Dominguez, but the odds are certainly against him matching what Soto has already accomplished. Even so, I’m glad he’s still with us. I’m glad I can still follow his minor league numbers and imagine what he might become in New York.

I choose to dream.

Also this -- I don't see how Bader for Montgomery improves the team. Granted, I know nothing about Bader, but I feel like it's always a good thing to have a young left-handed starter who's shown he can pitch reasonably well in New York.

And Miggy Jr. still wasting away.

Hicks will probably be left off playoff roster now that Yanks got Hader. They have some versatility with Marwin Gonzalez and while Hicks has picked it up lately, not sure how he’ll look in Sep or Oct after being largely sidelined for so long prior to this year. Judge is playing well but playing out of position.

I wonder if Stanton is hurt worse than originally reported and he will probably be strictly DH when he gets back?

Surprised that they traded Monty? The Yanks didn’t hit for him but he was pretty solid.

I hoped Gallo would pick it up. If Gallo is brave enough to step in the box in the Bronx as a Dodger during the WS, he better have earplugs. I feel bad for him and I wouldn’t have booed him.

Josh Donaldson better start getting his shit together because he will now be feeling the fan’s wrath that was directed at Gallo.

We used to shout crap at other team’s players, when I went to the stadium but I’ve never booed our players. Not seeing how that helps?

Yankee fans come out in droves around the country.

I’ve seen the Yanks play in Baltimore, Chicago, Detroit and Anaheim and there were usually as many or more Yankee fans aside from Game 5 of ALDS in 2005 in Anaheim.

I think Gallo was getting booed on the road too. Hope he can find some peace and knock some bombs out of Chavez Ravine.

[0] I'm confused about a lot this trade deadline, for the Yankees and other teams. Never like trading with the Cardinals, they seem to always get the upper hand. Hader is on the IL so what's the rationale here really?

As for the Nats..what a disgrace. They had Bryce Harper AND Juan Soto, and let them both go? Team should be relocated back to Montreal for that, how do you let two all time greats just leave..?

[8] By 'Aggressive' you mean, 'confusing and horrible'?

[9] I hate aggressive base-running. It looks so nice when it works... but the cost of failure is really huge.

He just keeps hitting, that Trevy.

Trevi is a veritable fountain of homers.

Cry havoc and let slip the dogs of war!

This game is ridiculous. If you just saw a compilation of the individual at-bats for each team, and weren't attending to the overall game, you'd think the Yankees must be destroying the Mariners.

Hix's at bats are mostly unpleasant.

It's as if we don't wish to win this baseball game.

You see that grimace?

Ugh.
I liked the Benintendi trade but holy cow. He hasn't got a real hit for us yet -- I think there was an infield single and that's it.

Well, they say the road to hell is paved with Benintendi.

[34] Give him a little grace period. Let's see where we are in a week or two.

So much to catch up on with the trade deadline.

I was happy for Luke Voit being on a playoff team with the Pads and just saw that he’s on the Nats now. Poor guy!

Hm.
For the first time this season I'm losing some confidence.

I wonder how real a possibility it is that Judge isn't resigned because of all the money wasted on Cole?

If Hix simply catches a one hopper that dude does not score. Ugh.

I am tired of this team getting 6 hits or less.