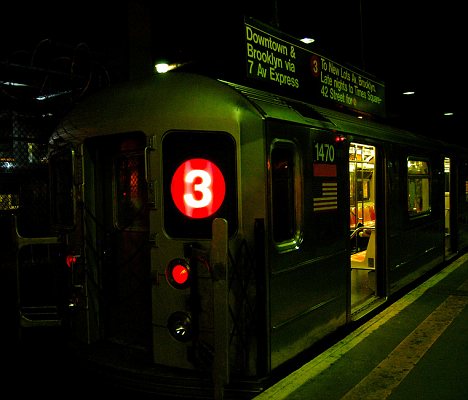 Alessandro Candelaria smells of pipe tobacco, aftershave and perfect bacon. He wears brown shoes and white socks and black pants and a tan overcoat. His sharp-brimmed fedora marks him from another time, but he’s always looking ahead.

“Where is that train?” he asks shaking his head. “I hate being late.”

Candelaria rode the 2 train to work for 53 years and now he rides it because old habits are hard to break.

Sometimes he finds a seat, but mostly he stands. He always holds a newspaper, but never reads. He likes to look at faces and remember what it’s like to work and worry and be miserable and alive.

“I never knew how much I enjoyed it,” Candelaria says. “People used to tell me that the climb is half the fun, but it’s really all the fun. I retired and got stuck with a bunch of old people who want to talk about old times.

“I want to talk about new times and this is where they’re happening,” he continues. “I’ll spot a guy reading the paper and ask, ‘What do you think of that damn mayor?’ Or I’ll see a guy in a Yankees hat and ask, ‘How do you think the team is coming together?’

“I’m already excited about baseball season,” Candelaria goes on. “And I want to talk about the young guys: Joba and Cano and Hughes and this kid Mark Melancon that I’ve heard so much about. Sometimes people stare at me like, ‘You probably aren’t even going to make to Opening Day old man.’”

Candelaria winks and smiles and tips his fedora.

“I’ll make it for sure,” he says. “I’ve got a couple of World Series left in me. Never count an old man out, especially one who stays young like me.”

What do you do at the end of the race? old man Candelaria seems to ask.

I've got to keep running just to stay in place, he answers in this piece. It's a unique answer to an age-old problem. Any other solution would kill him.

Thanks, Todd, for bearing witness to the human journey.

I love the stories you uncover. It adds a fine twist to Banter.