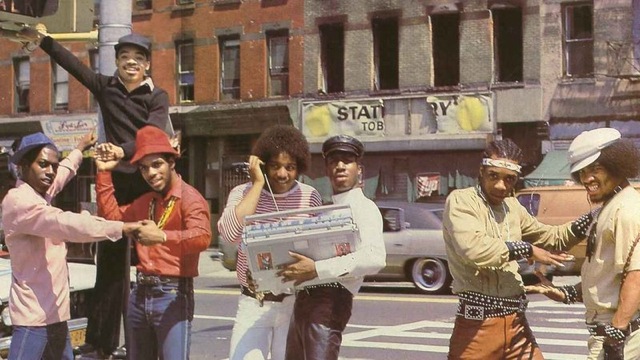 In the summer after my junior year at college I got a job working in the records department of HIP, the health insurance agency. In a basement office with no windows, I’d review double-entry ledgers for typographical errors, a tedious process I considered beneath my dignity. It was depressing work, my colleagues were unfriendly, and the most humiliating part of it was that I was just short of incompetent. I didn’t care, and it showed. Then I came home to a message from the New York Yankees. I was going to The Show.

As a budding sports journalist, I’d written to Yankees Magazine, offering my services as an intern. A spot had opened, and the next week I reported for duty at the Stadium, over-eager in khakis and a blazer. The office was in the dingy stadium basement: frayed carpet, no windows. My primary task was to proofread box scores and stat tables for the team’s minor league affiliates—these went in the back of the magazine. Not much of an improvement from HIP, and the climate was no better. The secretary spent her days endlessly defending the integrity of Milli Vanilli, recently revealed to be a fraud, while playing their hit record on a boombox.

This was 1990, and things were bleak for the Yanks. Bucky Dent had been cashiered in favor of Stump Merrill, but the team was still heading for 67 losses and a seventh-place finish. The magazine’s basement office, out of sight and out of mind, was actually a blessing. No one wanted to be upstairs, on the executive level. The Boss’s comings were unpredictable, and the staff lived in a perpetual state of fear for his arrival. It was said that he’d fire employees on a whim, and for no reason other than appearing in his siteline. The place was terrorized—joyless, somber, tense. I’d never experienced anything like it. In my entire time working there, I met one player, Luis Polonia, which tells you everything you need to know about those Yankees. The highlight of my tenure was an elevator ride with Bobby Murcer. He wore white pants and a green plaid jacket—a joyfully loud ensemble—and it a priority to greet every employee with his Oklahoma drawl. He was the anti-Boss.

There was actually one perk to the job. It came with a Yankee ID, and with that I had free entry to as many games as I could stand. I could sit just about anywhere as well; the good seats were rarely occupied, and with a flash of the badge I was clear to do as I pleased. I rarely sat in those good seats. I preferred the bleachers out in right field, where I’d been a regular for years, along with my closest high school friends.

The play on the field was grim, but the bleachers were always a party, and the reason was Melle Mel, the founding genius behind Grandmaster Flash and the Furious Five. These were the days before “Roll Call,” before the “Bleacher Creatures” became a self-professed institution. Mel was the unquestioned leader of the gang, and was usually accompanied by Busy Bee, a lesser light of the hip-hop stage. The two knew how to get a crowd working; the bleachers were just another club. They usually arrived in about the third inning, rarely sober, often stoned. (I don’t think I’m telling tales out of school here.) I remember them flying especially high one evening, and then returning home after the game to catch the last few minutes of Johnny Carson. On comes a PSA featuring Mel, “Don’t Do It.”

Mel’s signature was a dead-on impersonation of Stevie Wonder doing “I Just Called to Say I Love You,” which he’d sing waving his head to-and-fro while standing in the ass-contoured blue plastic seats that were removed about a decade ago, in favor of benches. (More fannies, more dollars.) Mel wore a ring with his name on it that stretched across his entire hand; it was a real danger during high fives. Whenever games got close in the late innings—this was known as “Toenail Time” for some inexplicable reason—he’d demand the entire bleachers stop drinking and pay full attention.

Mel gave the bleachers a bit of celebrity cache, but what really made his presence special was the sense he gave us that we were all—ghetto rappers, lunchpail types, old timers, Hispanics, even us privileged kids from Manhattan—a part of something uniquely New York, united in our devotion to the Yankees. He was a “star,” and had a magnetic charisma, but he was inclusive. One night Busy came in with copies of his new album, passed them out to the crowd, and invited everyone to his set that night at the Paladium. I wish we had gone, though I suspect we would never have made it past the velvet rope.

I spent years of my life out in those bleachers. My friends and I developed our own traditions. After the game we’d take the 4 train back to Eighty-sixth Street and, after a win, go for “victory donuts” at the shop on the corner of Lex. It wasn’t always so fun. In 1988, after Steinbrenner had picked a fight with Don Mattingly over his haircut, I found myself on the back page of Newsday, sitting below a group of regulars holding up letters that spelled “TRADE GEORGE.” We despised him, and though I’m no longer the despising kind, I can’t say I’ve forgotten or forgiven his many trespasses and disgraces. Eventually, of course, Steinbrenner did himself in, and for conspiring against Dave Winfield, always Mel’s favorite. And that was a new dawn for the Stadium, and the team.

By the mid nineties, my friends and I stopped visiting the bleachers with regularity. Schedules intruded, girlfriends, lives. When we did go to the ballpark, and we still went often, we opted for better seats. The bleachers changed. The “Creatures” had begun to consider themselves an attraction, justifiably. With that new fame came unpleasant questions about authenticity, who was a true regular. Mel stopped showing up.

We were still fans, still true, and we got our ultimate reward in 1996. My greatest memory of Yankee Stadium comes from that year, and it wasn’t even at the stadium. I watched the last game of the World Series that year with my future wife in her tiny studio apartment on Eighty-seventh Street and First Avenue. The joy of that game’s final moment, Charlie Hays clutching that last pop—the ultimate exaltation.

I had planned with my friends that, in the case of a win, we’d all meet up for one last victory donut. But somehow we found out that the Yanks would be holding their victory party that night at Cronies, a sports bar on Eighty-Seventh and Third, just a couple of avenues away. By the time we all met there the entire block was shut down and barricaded, fans were cheering and passing around champagne, and the players were arriving by limo—Derek, Tino, Jim Leyritz in a ten-gallon hat. For years, we had been trekking out to the Bronx to cheer on our team. Now, after the win we had all longed for, they came home to us.

Mark Lamster is author of Spalding’s World Tour and cofounder of YFSF.