The People That You Meet, When You’re Walkin’ Down the Street 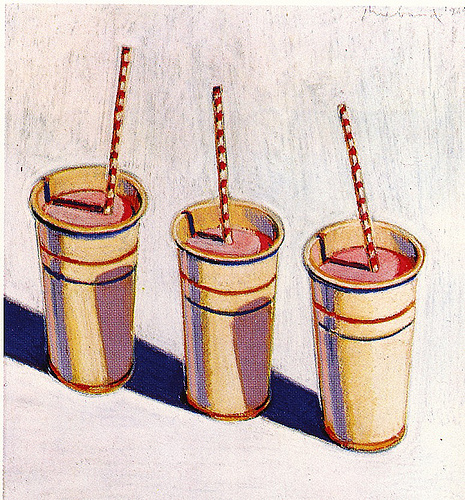 I had the day off last Friday and had to run an errand at B&H Photo. It was an overcast, muggy morning and I was overdressed and soon sweating. With time to kill before a lunch date, I strolled up the north side of 34th street when I was done at B&H, walking east, listening to an old song talking about “Tonya, Tamika, Sharon, Karen, Tina, Stacy, Julie…Tracy” when I thought I recognized somebody. I stopped, and back-peddled, removed my earphones, and sure enough, there was Adam Reid from America’s Test Kitchen.

For those of you who don’t know, America’s Test Kitchen is the PBS show that sprung from the minds of Cook’s Illustrated. Chris Kimball and his crew are the sabermetricians of everyday cooking. Their approach is to empirically test and re-test recipes until they arrive at a practical and approachable solution for the typical American home cook. They also test equipment and products as well.

They’ve been a huge success. I can’t recall anything that I’ve ever made from them that wasn’t good.

Adam Reid handles the equipment rating and he’s the most cheerful personality of the bunch. Turns out he’s just as friendly in person. When I saw him, Reid, who also writes for The Boston Globe, was waiting for a bus back to Boston. He had been in town to do a spot on The Today Show promoting his new book, Thoroughly Modern Milkshakes.

Now, how can that book not be awesome? I chatted with Reid for a couple of minutes before his bus began to board. I left him feeling better about the day and with a sudden craving for a milkshake, a “guggle-muggle” as my grandmother like to call them.

Took the train uptown, and still with time to burn, got out at 72nd street and decided to casually walk up Broadway. I had the headphones back on as I crossed Broadway and 78th street and saw what looked like Abe Vigoda on the east side of the block. Is Abe Vigoda still alive? I thought. Only one way to find out, so I removed one earphone and yelled out, “Hey, Mr. Vigoda.” And the old man, bent, wearing a beige cardigan, raised his right arm, cane in hand, nodded at me and continued walking down the block. 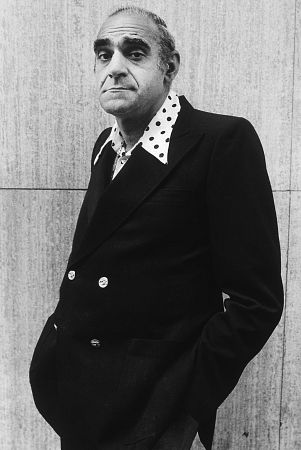 Adam Reid, Abe Vigoda, and then a few minutes later, one of the Zabar brothers, I’m not sure which one.

You went from A to Z all in one morning. Grown-up kindergarten is fun! >;)

Btw, where's the best milkshake in town, Alex? Like another Alex (Powell) once said, "Man, I gots'ta know!"

That's a good question. I don't have milkshakes often so I wouldn't know...hey Will, what do you think of an egg cream?

that was an interesting day.

Yeah? I thought Boston was dominated by Hood ice cream! Whowuddathunkit? Okay, so cross that off the list of things to tryout if or when I go up there again >;)

Ms Oct, oh they do use ice cream! But not if you order a "milk shake". You have to order a "frappe".

If only I'd got this to you on time!

(In Rhode Island, it's called a "cabinet". Strange, huh?)

[5] Depends on where you are. A lot of ice cream places around here tend towards either Brigham's, which is only OK for money, or they get their ice cream from a local dairy, which is often excellent, particularly in milk shake form. I'm not sure I've ever gone to an ice place that touted themselves as selling Hood. Then there's Emack & Bolio's, which is a level above all else - but I've never had anything but their ice cream. They've got some places in the City, I think.

Root beer floats, now - those sometimes leave something to be desired 'round here. That's due more to the root beer than the float, though.

Vigoda was a regular stooge on Conan O'Brien's Late Show. Conan released him into the wild on the final show earlier this year.

Milkshakes, egg creams, malts . . . bring 'em all on. The black and white malt may just be the greatest beverage ever made and nothing washes down pancakes better than a B&W shake. As for egg creams, I used to get one every time I went to the Film Forum and my wife makes 'em at home. Gotta use U-Bet syrup. We make sure to always have at least two bottles of the stuff on hand at all times.

[7] I imagine there are good places to go, but milkshakes are special in that you really have to know where to go to get a good one. I extol the virtues of Holy Cow Ice Cream Parlor in Red Hook, NY often, but that's a trip-and-a-half from the City. There used to be a Frozen Custard stand in Croton, but that's long gone. In the Bronx, the only ice cream place I know that's passable is Carvel. I don't even think about Mr. Softee...

[8] Have you ever heard of The Soda Shop in the City Hall area? NYC-TV did a profile on them on their show $9.99 and they claimed to make genuine-article egg creams (or as close as you can get)...

[7] yeah the local dairy ice cream is good. emack's is really good. i saw one of them in nyc a few weeks ago.
i'm not even really an ice cream person - but i do love a good milkshake now and then.

Shakes I go to the Shake Shack (why not?). Juniors does the trick as well, and they serve egg creams too. I find diners usually do a pretty good job with milkshakes.

The black and white at Shake Shack is a sin, a delicious sin. Egg creams used to involve the old-fashioned seltzer makers, no? I think you can still get them at Sammy's Roumanian. I haven't been there in over 20 years, so it's purely conjecture.

In the past, I've wondered about Abe Vigoda, from time to time. Thanks for the update.

I rely on Mister Softee.

See Alex? I told you that you're better off saying something to well known folks when you meet them. And well done leaving someone en route to Boston, "feeling better about the day!" That's an accomplishment in and of itself...

Ice Cream been very very good to me! How can you go wrongly with something, which has characteristics that include "mouth feel?"

Shake Shack is really pretty incredible, also a big fan of Popover on 86th and Amsterdam

The egg cream at Sammy's is pretty dope, however one is usually too stuffed to truly enjoy it.

Hey .... I'm a frequenter of Popover also .... yummy stuff they have there. Never gotten to Shake Shack though :-(

.... How can you go wrongly with something, which has characteristics that include “mouth feel?” ...

I had Shake Shack at CitiField. Got the B&W shake. It was fine, but it's custard, not ice cream, and the difference was noticeable and disappointing.

I had a similar encounter with Mr. Vigoda more than thirty years ago in Philadelphia. My family was visiting Philly and we were staying at the hotel where the guests of the Mike Douglas show stayed. Mr. Whipple from the Charmin ads was there, too. I think he was getting more attention than Vigoda. Next time you're wondering about his status: http://www.abevigoda.com/ffb.php

[20] …. How can you go wrongly with something, which has characteristics that include “mouth feel?” …

I admire your willpower! I, on the other hand...

Hey Diane, I really didn't make that "characteristic" up! You can thank corporate America for that one... those dicks!