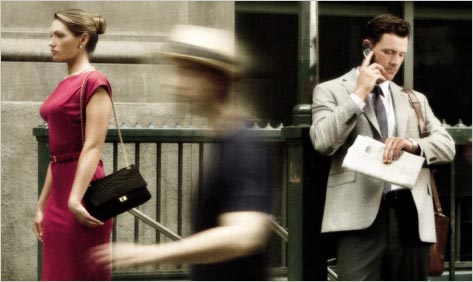 A few months ago, Mulhholland Books ran a good two-part interview with Pete Hamill and Pete Dexter (part one and part two).

It’s worth checking out:

Hamill: When I first became a newspaperman—June 1st, 1960—it was the beginning of my real life—it really was. When I first got a presscard with my name on it I wore it to bed like dogtags for a month. It said, “Hey, okay, do it. Leave your game on the floor,” you know? And I think there were a whole bunch of us like that, including you, Pete. So we’re going to lose things now. Just the transition from newspapers into websites means that journalism will stay alive, but not the feeling that came with going into a city room, and having guys bounce ideas, and wisecracks, and rotten jokes, and everything else off you before you ever got to write the first sentence of your piece. I mean, that sense of serendipity that comes from being among people who know things you don’t know, and who help educate you every night or every day that you show up, I think that’s going to get lost if you just park in front of a computer somewhere.

But with all that, I don’t have any regrets about it. I feel sad, and melancholy from time to time, but I never think, Gee, I wish I’d gone to work for Goldman Sachs instead.

Dexter: There’s something there that you said that’s really true. A lot of the best things you write come out of, somebody will say something, and it’ll make you think of something else, and bang, people are calling you smart, and…

Hamill: When it’s all about chance.

Dexter: [laughs] You have the chance. And I’m sad about it, and I regret that there’s nobody—you’re not passing along to people now. There’s nobody who’s going to wake up tomorrow and put a press card around his neck, I mean—that just doesn’t happen anymore. And to me, I don’t know any other kind of job I could’ve done.

Hamill: The same with me—that I could have done and be happy at the same time. I mean I could’ve done other jobs I guess—you know, lifting orange crates into trucks or something—but to be happy, to feel like I couldn’t wait to wake up the next day and do it again, that feeling—I don’t think a lot of people have that anymore, including young people going into the business to become journalists.

Hamill’s latest novel, Tabloid City, is about the newspaper business.