Color By Numbers: Delaying the Inevitable 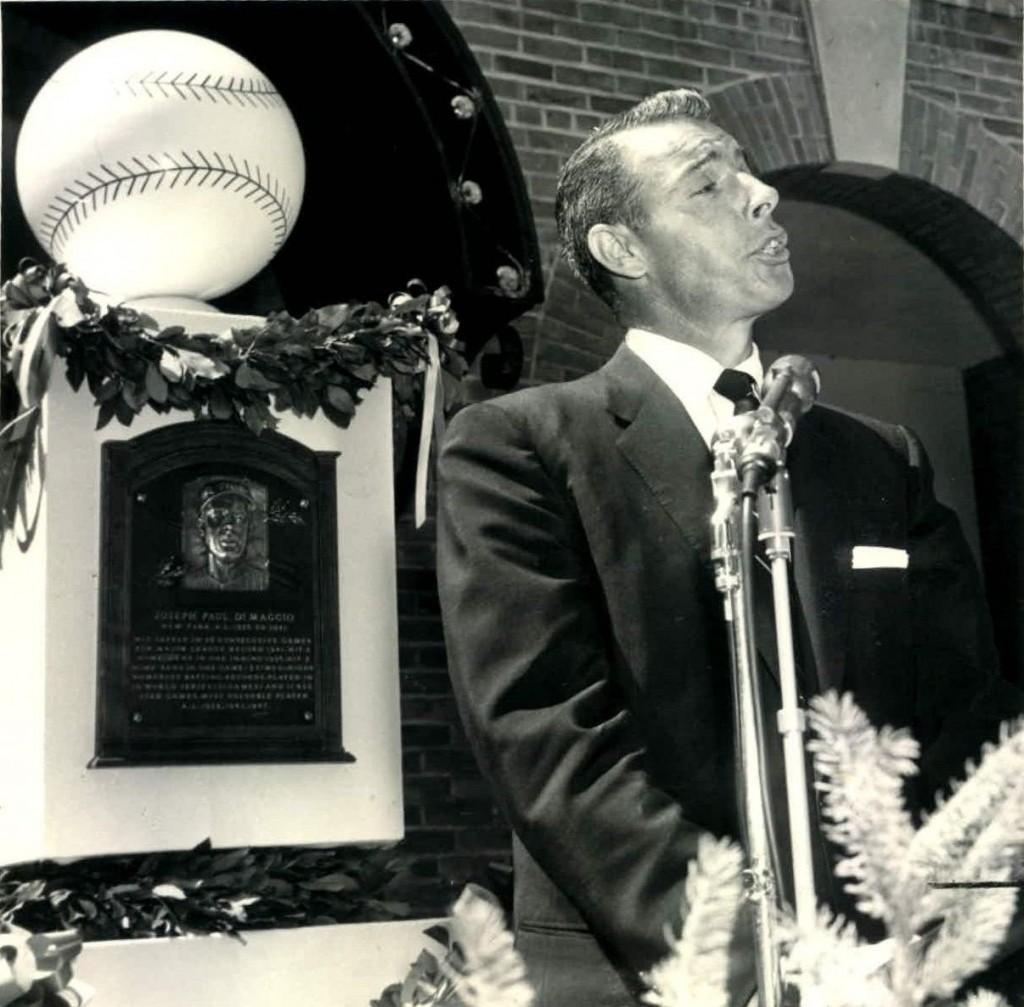 In his third year of eligibility, Barry Larkin was elected to the Hall of Fame, an honor most baseball fans agree should have come sooner. However, even though the Hall of Fame bylaws make no such distinction, the voters from the BBWAA have taken it upon themselves to create a stratified election process that bestows special meaning to how quickly a player gains enshrinement (for a closer look at players forced to wait their turn, click here).

Since the first Hall of Fame class in 1936, 297 members have been inducted, including 207 former major leaguers, of which 112 were elected by the BBWAA. Of that latter total, only 44, or 39%, have been enshrined in their first year of eligibility, meaning Larkin’s delayed induction wasn’t abnormal.

Hall of Fame Inductions, by Years on the Ballot 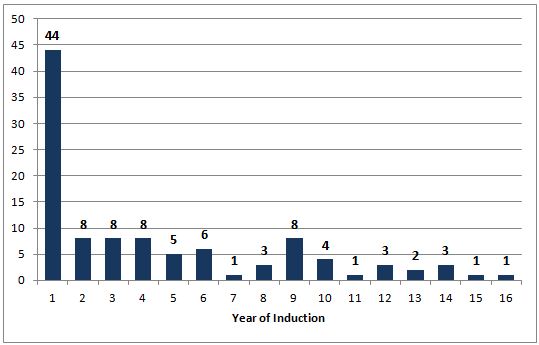 The restriction on first ballot Hall of Famers has been eased somewhat of late (there have been 10 first-year elections over the past 10 years), but sentiment about denying an initial vote is still prevalent in Cooperstown discussions. Unfortunately, the shortsighted logic behind such an approach can sometimes be taken to an extreme, as was the case with Lou Whitaker and Ron Santo, two strong candidates that dropped off the ballot after failing to receive 5% of the vote in their first year of eligibility (Santo, who will join Larkin as a posthumous Veterans Committee induction, was later reinstated). Despite these examples of a philosophy gone awry, the practice continues to this day, and almost claimed Bernie Williams as another victim.

Although fans and baseball writers still get hung up about the importance of being a first ballot Hall of Famer, many might be surprised to learn some of the players who don’t qualify for the distinction. Tris Speaker, Ty Cobb and Whitey Ford all needed two ballots to gain enshrinement. For Mel Ott and Carl Hubbell, the third time was a charm. There haven’t been many players more elite than Joe DiMaggio, Eddie Collins, and Lefty Grove, but each of those men needed four ballots to enter the Hall. As you go down the list, the names continue to impress, which should be reason enough to scrap any notion about a first ballot commendation.

Vote and WAR leaders by Year of Hall of Fame Induction 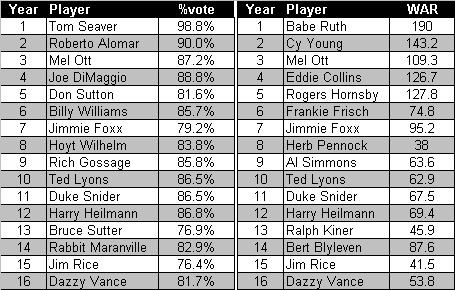 In defensive of the BBWAA, there once were credible reasons for withholding votes from first timers. The most compelling was the glut of qualified candidates resulting from the decades of baseball history that pre-dated the Hall of Fame. As a result, the voters not only had to consider which players were the most deserving, but also which had already waited too long for their rightful honor. Several other eligibility rules from the past also supported the first ballot stinginess, including players becoming eligible after only one season of retirement and the lack of a minimum requirement to remain on the ballot. That’s why when DiMaggio kept failing to win induction, for example, there was surprise, but not outrage, even if not everyone agreed with the philosophy.

The temptation is strong to exclaim indignantly that all members of the Baseball Writers Association who failed to vote for the Jolter are rockheads. But that would be a grievous error. The reasoning is this: Joe DiMaggio in his first year of eligibility for the Hall of Fame. Admittedly, he rates it but can afford to wait a bit just as other great stars had to wait. Let’s get some of the older fellows into Cooperstown before time runs out on them.” – Arthur Daley, New York Times, January 23, 1953

Arthur Daley’s justification for withholding deserved votes expired along time ago. Making Barry Larkin wait three years for induction didn’t serve any purpose other than to create an artificial distinction between classes of Hall of Famer. Of course, because past procedures necessitated delays, Larkin can still boast that his election came well before the likes of DiMaggio, Jimmie Foxx and Rogers Hornsby. However, there is still one part of Daley’s comment that rings true, and it will be hauntingly evident when someone other than Ron Santo is forced to accept the Hall of Fame honor on his behalf. Compared to the former Cubs’ third baseman, Larkin’s wait was nothing.