Leave the Gun. Take the Cannoli.

I can’t relate to pitchers. I had to take the ball from the second grade up through freshman year of high school and I hated it most of the time. I could hit, though, until it was too dark out to see the ball. If my dad’s arm didn’t get tired, we might still be out there. 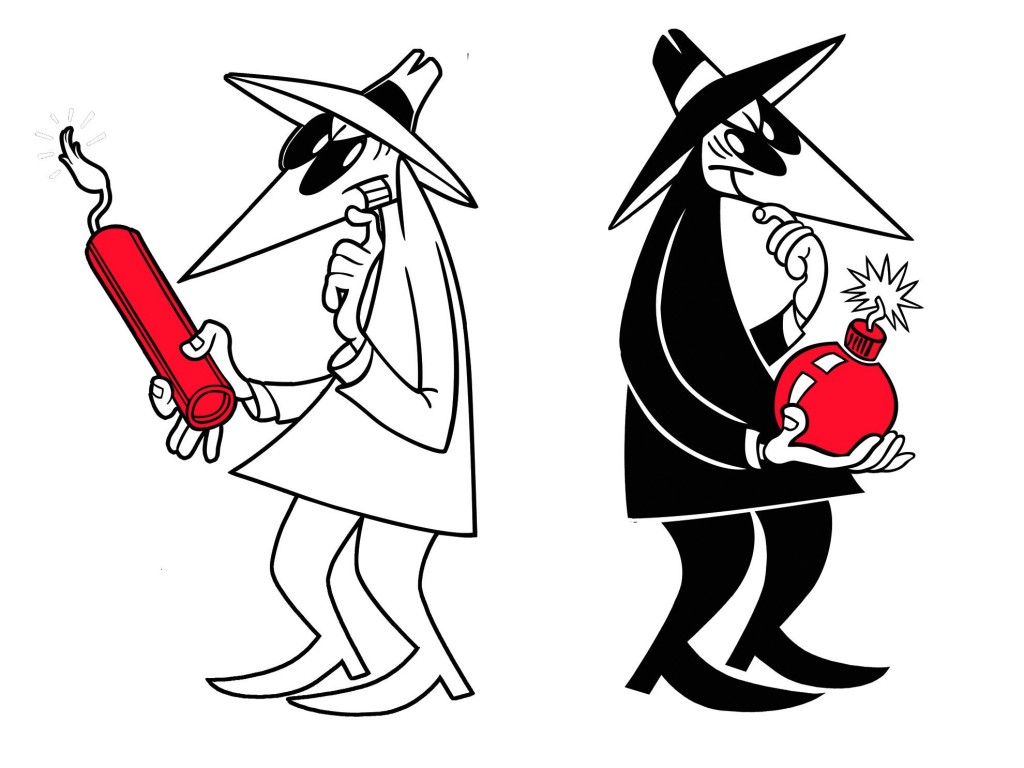 On a basic level, hitting is reaction and pitching is initiation. I’ve always had trouble getting started. I’d rather get a feel for something first and join in progress. And the precision required to throw it exactly where you intend every time? Screw that, let me just hit the ball as hard as I can and we’ll see what happens.

Maybe this prejudice influences the way I envision a baseball roster. The lineup is the body, the pitching staff is the wardrobe. The appearance of the team changes game to game based on the pitcher, but the core is the same. The ace is your best suit, your best reliever could be your smoking jacket. (I guess A.J. Burnett is your kid’s urine-soaked PJs)

So when I heard Jesus Montero was traded for Michael Pineda, I felt like we were trading a neck for a necktie. Sure, the tie is important, but without the neck, what’s the point?

Even without the catching, I’ll take Montero’s simple, solid bat over the complex musculature of Pineda’s throwing arm. You can watch Montero hit every game, all season long. There’s no better way to interface with a team than through a star hitter, especially for a young fan, because he’s always in the lineup. 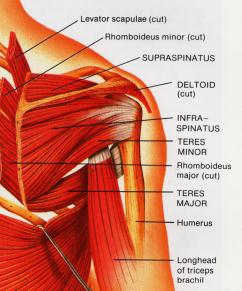 I understand that having Pineda in the rotation probably makes the 2012 Yankees a better team than they would have been with Montero as the DH. But in 2013? And 2014?

Arod and Teixeira are already fractions of what they once were and they will be declining in the lineup for years to come. The Yankees have one big hitter in his prime, Cano, who is fierce but not flawless. You don’t have to squint too hard to see a Yankee team desperate for hitting.

The more I think about the trade, the more comfortable I am with Cashman’s logic and his vision. But I am firmly on the Montero side of the debate. It boils down to this: if they both become stars, I’d want Montero to be a Yankee.

Well reasoned take, man. Thanks for this J.

What I'm going to miss is the Montero storyline.

We forget sometimes that this is entertainment -- unless you're a team employee with a salary on the line, all the factors that go into who will win and who will lose mean nothing if you don't care who wins or loses. It's people and stories that make you care.

I'd gone on record in this space hoping the Yankees were going to give Montero a real chance to sink or swim as a catcher. In these two springs -- the metaphorical spring of his career and the literal spring that's soon upon us -- it's possible to look beyond all the empirical knowledge telling you he can't hack it and tell yourself, "Just watch. Just wait. This is gonna be great." That's why we remember the Shane Spencer and Kevin Maas types so many years after they fade into footnotes.

That's why we care.

Now I've got a new storyline in Pineda, and I'm approaching the season with hope. But that's not the same as a storyline that we'd been brewing for months and years, snatched away right before curtain time.

I also would have gone ahead with the catching plan. So what if you reduce his trade value with a poor performance. Most of the trade value was savaged by the scouts already.

I originally started the above story with an examination on how often the Yanks have had plus hitting catchers on their postseason teams. It was 44 times out of 51. I scrapped it because Montero's catching was no sure thing. But as a larger point, it sure helps to have a good hitting catcher when trying to build a dynasty. Just a huge advantage.

[2] Well if everyone hit 1.000, we'd still be playing the first inning of the first game. Baseball needs hitters to fail.

Jon and BBinNC, thank you, both; so eloquent, so perceptive.

For my part, I am disappointed to see Montero go but find myself consoled, compensated, even, by the prospect of a really good pitcher.

In short, I suppose I'm deeply ambivalent, having heard persuasive arguments on both sides. I suppose the reason I am not more disappointed about losing Montero has to do with the nagging suspicion that the guy simply can't catch. That doubt has colored my entire view of the guy as a long-term fixture, even as I adored watching him those last few weeks.

In the end, though, the real point is that this whole issue, whichever side one comes down on, only serves to reinforce our bond with our team and love of baseball. And that's what counts.

I feel sorry to lose Montero, mostly because I was eager to follow his story. But that is replaced by my anticipation to follow Pineda's story.

[7] Yes. Quid pro quo, something for something.

I didn't realize it while writing this, but I think Joba and Phil have really dampened my enthusiasm about following young pitchers.

10) Yeah, that hype was hard to stomach considering the results.

[11] Sounds like this trade has caused some acute inflammation of your Phlobaphobia. I guess it will be a long season for you. But it should resolve itself when Pineda throws 7 shutout innings against Texas in Game 2 of the ALDS, instead of giving up 5 ER in 3 and 2/3rds as AJ would have done.

I think many of us would be happier with the trade if it had been Montero and AJ for Pineda.

Interesting take. Unfortunately your reasoning is flawed on a couple of levels.

First your analogy, while amusing, is off. If hitting is a reaction and,therefore, the "body," then pitching, as the initiation, is not a wardrobe, rather pitching is the brain. Afterall, the brain initiates all action and reaction in the body.

Second, as has been pointed out at other sites, unless Montero could play catcher or some other position then 1B/DH, he could not cover the decline of ARod and Tex. As ARod declines he will need to be moved off third base and into the DH role. Thus, you would have three players for two positions. What ever player is not playing conrtibutes no value. In order for all three players to contribute value and for Montero to cover the declining value of ARod and Tex all three have to play. By all accounts that was not going to happen as Montero's catching was so bad that the Yanks were willing to carry Cervelli as backup rather then give Montero a chance.

Conversely, Pineda can cover the decline of ARod and Tex as he plays a different position then either so the value he brings can cover their decline.

Finally, the trade was necessary as it is just simply easier to get a great stick in FA then a great pitcher. Think about how many great pitchers have actually hit the open market the past five years. I can think of two (CC and Lee). Now, how many great hitters have hit the open market? Pujols, Fielder, Holliday, Tex, Crawford, Konerko, and, yes, Jeter and ARod. Fact is, if both pan out, it is easier to replace Montero then Pineda.

[15] Your criticism is baseless. This is an opinion and the "reasoning" is based on preference and guesswork. How can it be "flawed" if I like following hitters more than pitchers?

For some reason, you have linked my idea about the essence of hitting and pitching (reaction/initiation), with the function of the lineup and the rotation within a MLB roster. Again, the analogy represents a preference, a POV, in which I look at the lineup as the core of team w/ that day's starting pitcher changing the appearance. You may have a different opinion on a team seems to you, but based on how it seems to me, the analogy is unassailable.

I said I understood the move, I just don't like it. I'm glad you do like it, hope it works out for the Yanks regardless, but the exceptions you've taken are all baseless.

[16] The criticism makes sense to me. The Yankees seem to plan to use a rotating DH with ARod, Tex, and Jete all getting time at DH. If Jesus can't catch, that doesn't work.

[17] I disagree with how you think the DH will play out, but you are entitled to your opinion. I don't accept [15] s objections because he attacked my reasoning and my opinion, both of which are sound.

You missed the point of my story, which is that following hitters is for fun for me. I refuse to called flawed on a couple of levels for that.

I will also say that you two have charted a course that puts Pineda on the mound every 5th game and Eduardo Nunez in the lineup 2 out of every 3. That seems like a wash at best with montero in there everyday and hughesin the rotation. I won't begrudge you your opinion, but It's not like there is only one valid opinion on this move.

Of course you're entitled to your opinion as well, Jon. To be clear, nobody is commenting on your statement that following hitters is fun for you. So what? As a statement about your own preferences, what could I or anyone else possibly add?

Obviously, what people are discussing here in the comments is something else. Whether it is "the point" of your post is irrelevant for our purposes.

What I was commenting on in [17], and what I understood [15] to be saying, is that your post implied that the trade may make the Yankees a worse team in 2013 and 2014 than they would have been without the trade. You implied that this was because The Jesus could cover the offensive decline of ARod and Tex. But since we all agree that ARod and Tex will be spending more time at DH as they decline (see your statement in [16]), that only makes sense if Jesus can play somewhere other than DH. Perhaps you neglected to consider that?

Now, that's my opinion. The reasoning is sound and any criticism of it is baseless. ;-)

Anyway, I'm eager to find out whether Jesus can catch. It looks like the Ms will give him significant time behind the plate. And I'm sure Scioscia and the other AL managers will test his arm early and often.

As for how the Yankees plan to use the DH, I guess we will see. There is ample evidence they are going for a rotation. Girardi has talked of wanting to rest the veterans more, the Yankees' pursuit of Nakajima appeared to be so that a rotating DH would not cause a big offensive drop-off (and doesn't really make sense otherwise), not to mention that the Yankees just traded their DH and have yet to sign another one. I'm curious how you think it will be different.