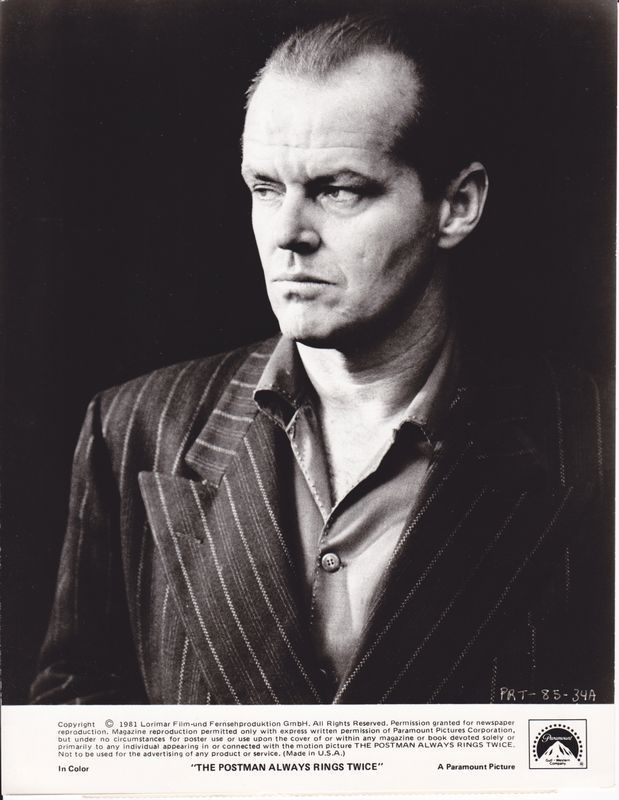 Jack Nicholson is stuck in Cuckoo’s Nest/Shinning mode for most of Bob Rafelson’s turgid 1981 remake of The Postman Always Rings Twice. His character, an ex-con in his mid-forties, was 24 in James M. Cain’s novel. Here, he feels underdeveloped and it’s hard to tell if the guy is sinister, a sap, or a heel. It is as if the actor and director never got a handle on who they wanted the character to be. 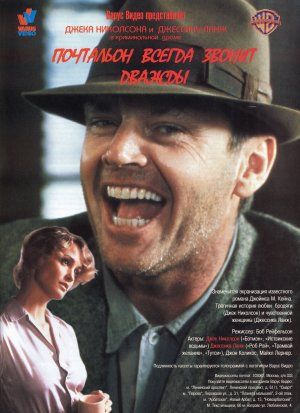 What’s compelling about Nicholson’s performance is that he doesn’t chew the scenery. He may fall back on his familiar screen persona but he’s restrained, too. Best of all, he’s generous and lets Jessica Lange dominate the movie. 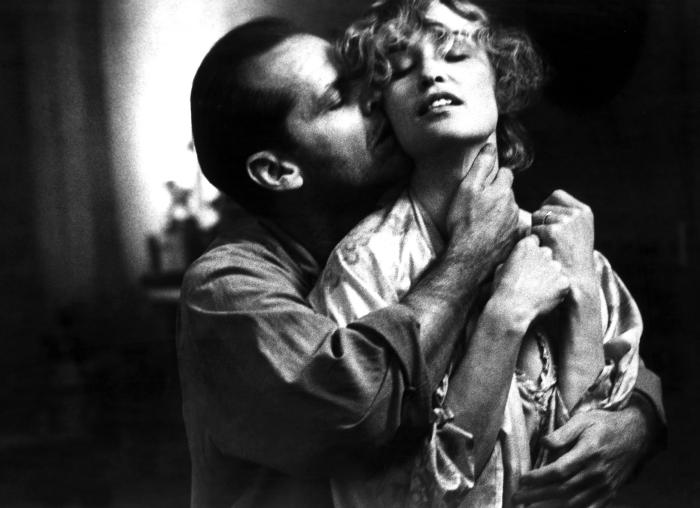 The sexual charge between Nicholson and Lange is undeniable. 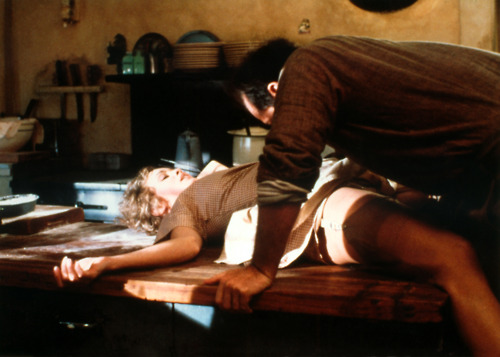 She is tough and it is refreshing to see a woman play a femme fatal and not look like a waif. Early on, she shoots Nicholson a look while she pours wine for her husband that’s enough to stop any man–or woman–dead in their tracks. 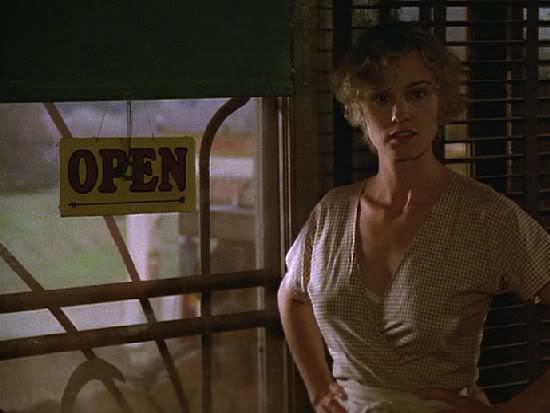 You can see why she’d drive a person to do crazy things. The pulp is drained out of this version (written by David Mamet, shot by Sven Nykvist)–it’s not nearly as appealing as the John Garfield original–but the electricity generated by Lange keeps you watching, and her sex scenes with Nicholson are savage and hard to forget.

For more, check out this article by Patrick McGilligan in American Film: The Postman Rings Again