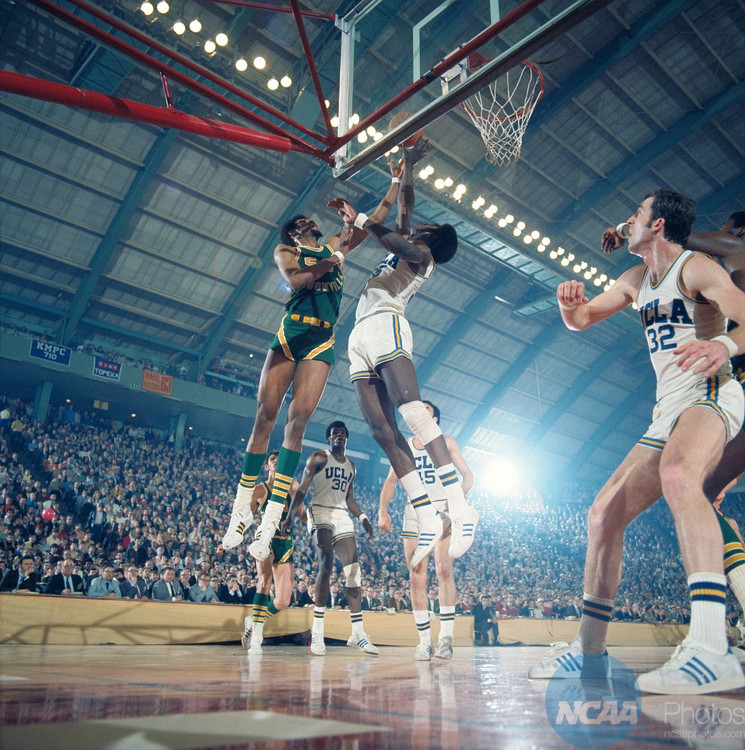 Kudos to the Grantland’s “Director’s Cut” series for reprinting this gem by the late Paul Hemphill (may he not be soon forgotten).

Here is “How Jacksonville Earned its Credit Card” (from Sport, June 1970):

It must have been the fall of 1962 when I first met Joe Williams. Most newspapermen, at one point or another, succumb to the illusion of public relations — thinking it is the rainbow leading to money and class and peace of mind — and I had just quit writing sports to become the sports publicist at Florida State University. It was football season all of a sudden and I was buried in brochures and 8-by-10 glossies and travel arrangements when Bud Kennedy, the FSU basketball coach, walked in one day and introduced Joe Williams as the new freshman basketball coach. Even then Williams was not the kind to make dazzling impressions. He was quiet and pleasant, tall and hunched over, a man in his late twenties, who grinned out of the side of his mouth and looked up at you, in spite of being 6-foot-4, through bushy black eyebrows. He was, it seems, sort of a part-time coach while doing graduate study or something.7 Florida State was just beginning to flex its muscles in football then, and so Bud Kennedy (who died recently) and assistant coach Hugh Durham (now the head basketball coach at FSU) and, by all means, Joe Williams sort of hovered about like extra men at a picnic softball game.

Joe did have a beautiful young bride named Dale, whom he had met while he was coaching high-school basketball in Jacksonville.8 But she was the only outwardly outstanding thing about Joe Williams, and they lived in what sounded like a fishing-camp cabin in the swamps outside Tallahassee, and I suppose I had his picture taken for the basketball brochure and I suppose the freshman team played out its season. I just don’t know. I went back to newspapering very shortly, and Joe took an assistant coaching job at Furman University, both of us roughly the same age, both of us just looking for a home, and we went separate ways without looking back.9

Jacksonville’s basketball program was, in those days during the early sixties, almost nonexistent. I had seen them play, against teams like Tampa and Valdosta State and Mercer, and it was a twilight zone of dark and airy gyms, small crowds, travel-by-car and intramural offenses. There was a line in the papers about Joe Williams leaving Furman in 1964 to become head basketball coach at Jacksonville University,10 not the most exciting announcement but at least news about an acquaintance. Jacksonville, you could find out if you bought a Jacksonville paper, got progressively worse — from 15-11 to 8-17 in Joe’s first three seasons — and people like me who had known him however vaguely were wondering whatever in the world possessed him to take a job like that.