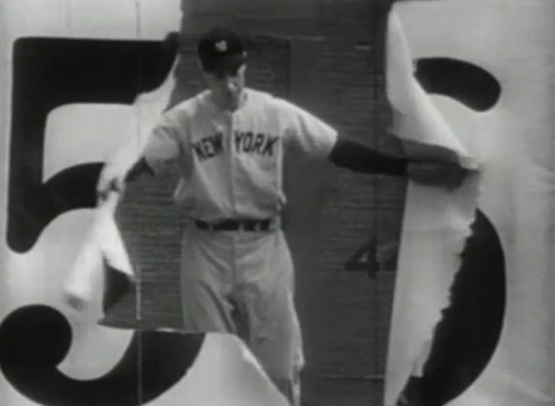 In time, of course, this fifty-sixth game would become known as the final game of Joe DiMaggio’s record hitting streak, but at the time it was just another game in a string that might go on forever. Newspapers and radio stations still carried news bulletins on DiMaggio’s at bats, but there was no longer a record to shoot for; the only question was how long he could continue the streak. On this day, the answer was the same as it had been for the previous fifty-five games: one more day.

As the Yankees were hammering Cleveland 10-3 and pushing the Indians five games back of first place, DiMaggio collected the final three hits of his streak. He singled to center in the first inning, reached again on a blooper that fell in front of the center fielder in the third, and stroked a hard double to left in his final at bat of the day.

In an interview after the game, DiMaggio spoke of how the pressure had changed. While chasing Keeler’s record he had felt the importance of each at bat, knowing that any missed opportunity might spell the end of the streak. At this point, however, he still felt pressure to get a hit, but not with every at bat. DiMaggio also had two goals that kept him focused this deep into the streak. First, he spoke of wanting to match the sixty-one game streak he authored while playing for the minor league San Francisco Seals, and second, he wanted to catch Ted Williams for the league batting title. His 3 for 4 afternoon pushed his season average up to .375, twenty points short of Williams at .395.