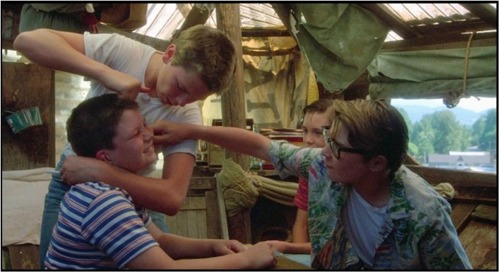 The Yankees have not won a game that they have trailed in the eighth inning (or later) all year long. This wouldn’t matter so much except that they’re behind in the eighth and ninth almost every night these days. Tonight they trailed 6-1 with two outs in the top of the eighth and looked deader than disco. Alex Rodriguez stroked a double. Eric Chavez and Russell Martin worked gutsy walks around an RBI single from Curtis Granderson. Pinch hitter Chris Dickerson faced the erratic Pedro Strop with the bases loaded and took four straight balls to push the tying run to second. Ichiro Suzuki bounced a game-tying single to right.

The Yankees had just completed their most important comeback of the season and sent out the best of their bullpen in the bottom of the eighth. David Robertson quickly got ahead of Adam Jones 0-2 and went for the kill with his great curveball. But that pitch is gone. When he attempted to throw it to Jones, it slipped out of his hand and he nearly plunked him in the noggin. I thought he needed to go right back to curve because a) no way Jones is looking for a curve when he just gagged one so badly, and b) might as well see if he’s got any feel for it whatsoever for the rest of the outing. Instead Martin called for a fastball up out of the strike zone. Robertson put it on a fucking tee. I threw batting practice for fifty kids today, mostly underhand, and I didn’t throw a pitch that hittable.

After Adam Jones homered, Robertson kept sucking. He let up a single and another homer before he spun dizzily into the showers. In a show of solidarity, Boone Logan let up another homer as soon as he got in there. Robertson’s stats aren’t as good as last year, but I don’t think we had any business expecting that kind of year again. He’s still been pretty good. It’s his timing that has been so shitty. Robertson’s 4-0 record last year has turned into a 1-6 tally this year. That swing in the standings has been crippling for the Yankees.

In the fourth inning of this game, when I finally tuned in, David Phelps allowed the first three batters of the inning to hit the ball a combined 1200 feet. It was just dumb luck that two of them ended up as outs. The third was a homer by Robert Andino which made the score 5-1 and officially designated Phelps outing as “dogshit.”

The Yankees have played the Orioles four times recently, with the division title clearly on the line, and the Orioles would have swept all four if Pedro Strop could throw a few strikes. Even with Strop screwing things up for them, the Orioles have kicked the Yankees asses in three of the four games. They crushed three homers tonight on their way to an easy win. Strop made things complicated, so they smacked three more to win comfortably, 10-6.

The Orioles have looked the bully in the eye and found out he’s not so tough. The Orioles are playing great baseball and I can’t think of any reason why they would stop. I’m usually ok with the phrase “may the best team win.” But the best team is usually the Yankees.

Look. If we win the next three games, this game can be forgotten.

I have no faith in Phil Hughes tomorrow, but stranger things have happened.

Most disheartening loss of the year. I know it's hotheaded and irrational but I wouldn't care if they released David Robertson tonight. Phelps too. Such a weak pitching performance.

[2] Why on earth would Russell call for a fastball up in that situation? Am I wrong thinking this has been part of the problem most of the season?

I turned the channel at 5-1 to watch something else. When I turned back Kay was bitching about 3 homers after the Yanks had tied it at 6 and the score was then 10-6. Holy fucking train wreck. Glad I missed the heartburn of this one. Ugh.

[2] On a more serious note, its time to stop using Joba. Its a pennant race. That's not the time to let your middle relief "work it out"

[5] But he's such a "feel good" story, coming back from all that adversity. We've got to play him, even if it means missing the playoffs. There are some things more important than winning, son.

(uh, please remind me what they are, Dad)

[3] He didn't...Robertson missed spot badly. You can see Martin setting up low and Robertson put it right down the middle.

Excellent analogy. The Yankees have been bullying the Orioles for 15 years, but last night, while they were standing over them once again, having just knocked Baltimore to the ground, the plucky birds got up, looked the big bad Bronx Bombers in the eye, and then punched them right in the nose...three times!

[9] That's not correct. You can watch the highlights on MLB.com, Martin clearly wants the fastball up, never deviates.

[11] Are we talking about the same pitch? Singleton showed and talked about how Hughes missed his spot, and it sure looked that way to me on the replay...unless, we're talking about different HRs.

[12] In the recap and in [3], we're talking about the fastball from Robertson to Jones in the 8th. Robertson did miss his spot, he threw a meatball and Martin wanted it up and above the letters. I don't know which pitch you are talking about.

(5) I agree. Joba is done for this year. He can pitch BP before the game instead of in the game. Although he was ok 2 or 3 nights ago?

Robertson since coming back from that injury is not the same pitcher either.

The Yanks "youth movement" hit a major snag this year. Between Hughes and Nova's uneven pitching, Bettances and Banuelos not putting it together (More injuries) and the biggest disappointment was Pineda getting injured in Spring Training.

These were the core that was going to enable the Yanks to pare down payroll. It will be interesting to see next years team. If the Yanks don't get payroll under the luxury tax, they will be paying through the nose.

2 things:
1) People question things like 'clutch' and 'momentum'. Are there such things? I can't say, but human performance is ALWAYS affected by 'your head'. I think the entire team is freaking... and pressing as a result. The only positive things I've noticed are ARod (who doesn't really look great, but is a least standing) can still contribute, and Granderson actually hit a ball up the middle last night, and was rewarded with a hit.

2) You never know with Baseball.... but because of #1, I don't think we have a chance. This isn't fan pessimism, but just the realization that this team's energy level is VERY low, while Baltimore is smellig blood and BELIEVING they will Win.

It is no coincidence they hit 6 HRs, and hit THREE in the last inning. They are POSITIVELY CHARGED. They believe. And that will put them over the top.

(My only hope is that Teix and Andy coming back gives this dead team a charge).

[13] Aha..I was remember Reynolds 2-run HR in that same inning, which made the score 9-6. That was the one where Martin called for the pitch down and Robertson put it thigh high.