Please enjoy this essay by Carlo Rotella, featured in his new collection, Playing in Time: Essays, Profiles, And Other True Stories. 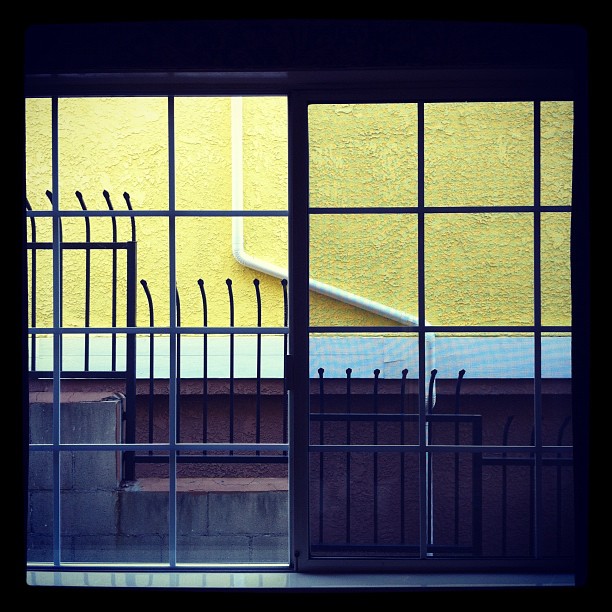 I was in a city far from home, working on a magazine story. I spent the day and evening going around asking questions, watching people do what they do, filling up a couple of pocket notebooks. Among other places, I visited the dog pound, a place of grimness even though—or because—the people who worked there seemed gentle and well-intentioned. All those pit bulls, muscled up with nowhere to go, flexing as we walked past on the other side of the bars. They were desperate and accommodating, and they knew that something was wrong. They could smell all the dogs that came before them. Where had they gone?

Around midnight I retired to the dingy motel where I’d been put by the magazine that sent me out to do the story. In an effort to cut down on expenses, its travel offi ce had found me a place where if you wanted to line up some crack or a prostitute all you had to do was hang out for a while in the parking lot. It had been a long day and evening, with drinking at the end of it. The pit bulls were on my mind. I don’t have much use for dogs but I kept coming back to the sight of the animals lined up in their cages, going all rigid and alert and eager to please when visitors came by. They had thought something was going to happen, even if they didn’t know what it might be, but it didn’t happen. Life would go on like that for a while until, I guessed, some were adopted and some were taken out and killed, and then other dogs would take their place, and soon it would be the new dogs’ turn to win the lottery or die. 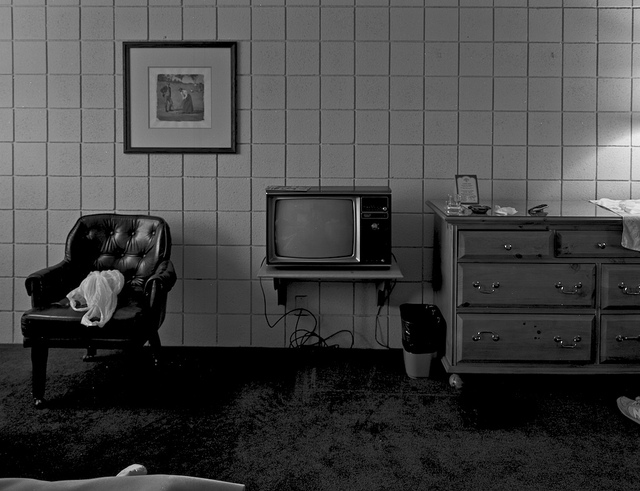 One thing to do in a dingy motel is to watch dingy TV. There was lots of it—tedious sports shows and talk shows, unfunny comedies, dumbass celebrity updates, bad movies of the ’80s, a charnel house of shitty writing and stale ideas. I ran aground for a while on an offbrand show or movie about the crew of a rocket ship who go around fighting space vampires. The heroes dashed from here to there shouting fakey jargon and toting futuristic weapons that looked like the weapons we have now with nonfunctional molded-plastic appendages glued to them. The vampires glowered, hissed, and suppurated. It kind of ruins the space-opera magic to wonder what the actors’ parents think when they see them on the screen, but that’s what I usually wonder about. The talented darling who starred in school plays and expectant local fantasies back in Elk Grove Village or Mamaroneck or wherever is now wearing fangs and slathered in gory makeup and being blown unconvincingly in half by a plasmoid megablaster. I picture the parents thinking, “Well, at least he is on TV.”

The lameness of it all caught me just right—in that end-of-day, far-from-home, buzzed-from-work mood—and laid me low. Deep gloom descended. I went through the channels a few more times, only growing more despondent, until I happened upon round one of the middleweight title fight between Marvin Hagler and John Mugabi—held 22 years before, almost to the day. Hagler had his hands full, but he knew what to do about it. He was settling in to cope with Mugabi’s strength and power by taking him deep into the fight, wearing him out over the long haul and fi nishing him late. Mugabi, a blowout artist, had gone ten rounds just once and six only twice in his twenty-five fights, all wins. The turning point would come in the sixth round, when Hagler, having blunted the force of Mugabi’s early-round assault, would take over the fight by giving his man a spine-jellying pounding, then settle in to finish him inside the distance, KO’ing him in the eleventh. 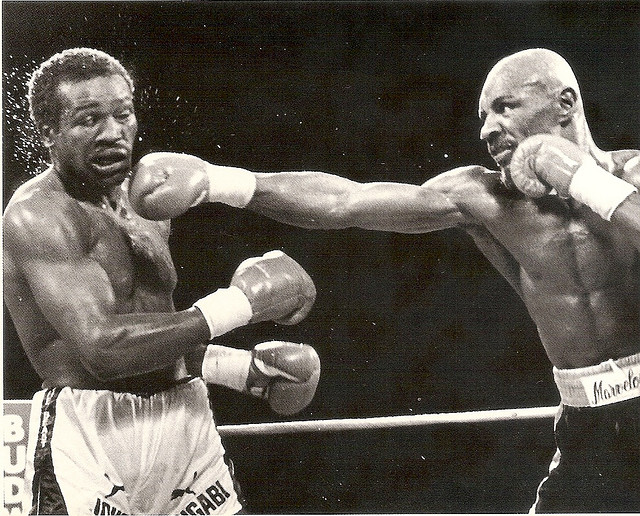 All of a sudden I felt a lot better. I turned down the sound and put out the light. On the screen, Goody Petronelli, Hagler’s trainer, radiated calm and ease as he talked to his fighter between rounds. Everything was going to be fine; Petronelli’s every gesture said as much.His main task was to create a recurring pocket of serenity to which Hagler could retreat between hard-fought rounds for rest and reflection. Demonstrating a for-example combination he wanted Hagler to throw, Petronelli moved his own hands as if arranging flowers. Let’s just fix a couple of little mechanical things, he was saying, and it’s your fight. Doesn’t matter how strong the other guy is. Doesn’t matter what he’s done before this or who he’s done it to. We know how to beat him. We know how to beat everybody. Hagler wasn’t exactly looking at his trainer and he didn’t exactly nod, but he heard him. I took off my glasses and put them on the cigarette-stained bedside table, put my head down on the pillow, and was dreamlessly asleep before either fighter struck a blow in the next round. 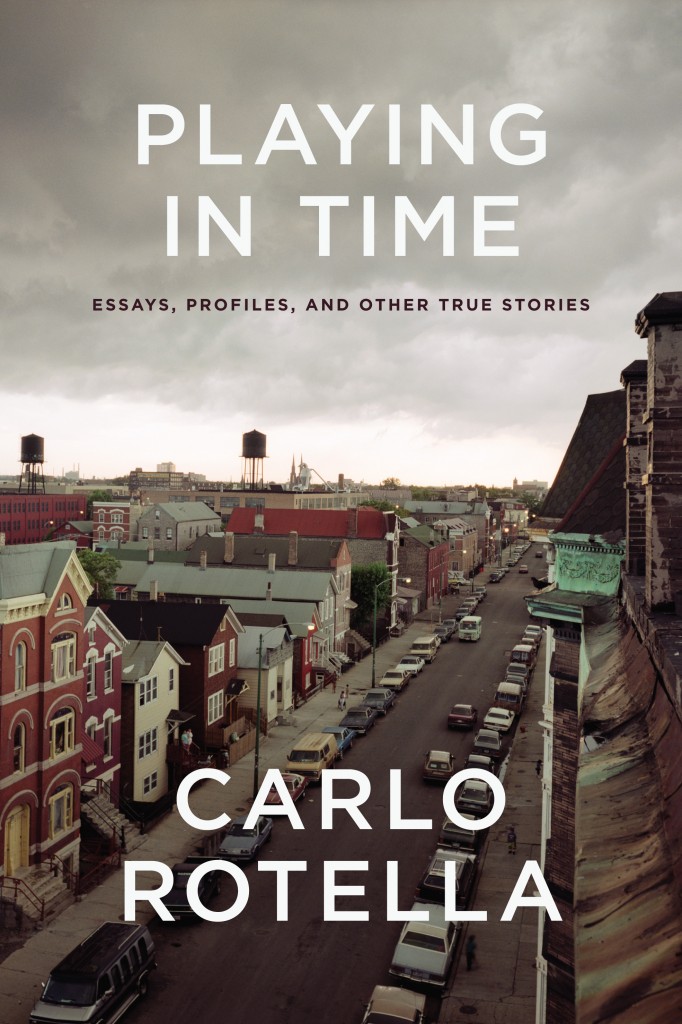 Carlo Rotella is the author of Good with Their Hands: Boxers, Bluesmen, and Other Characters from the Rust Belt; October Cities: The Redevelopment of Urban Literature; and Cut Time: An Education at the Fights, the last also published by the University of Chicago Press. He writes regularly for the New York Times Magazine, Washington Post Magazine, and Boston Globe, and he is a commentator for WGBH FM in Boston.