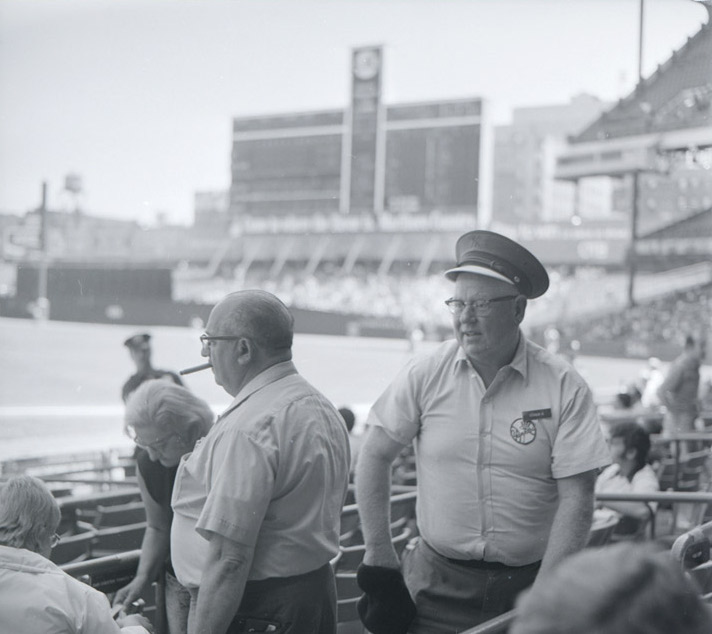 Charlie Pierce visited the Yanks in the Bronx this weekend. Here’s what he found:

If the Yankees rally and do anything in the postseason, when the game really becomes a serious television extravaganza, you might be able to point to this weekend as to when the season really righted itself. It had been building for a while. Injured players — including Saturday’s hero, Nova — are beginning to come back to the lineup. (Andy Pettitte and Brett Gardner are also expected back soon.) All season, the team had looked like the Island of Misfit Cleanup Hitters, a bunch of guys — Eric Chavez? Raul Ibanez? — who’d been big noises elsewhere, but who were manifestly out of place as the spare parts they obviously are in New York. (Part of this has to do with a Yankees farm system gone ragged.) The team had a weird, patchwork personality this year, and only the collapse of every other team in the American League East except Baltimore — most notably, the transformation of the Boston Red Sox into Mystery Zombie Theater — kept New York from serious trouble throughout most of August. But, over the weekend, in his first start since coming off the DL, Nova appeared to solidify their pitching and then, on Sunday, in the process of driving poor Matt Moore around the bend, the Yankees showed a real gift for manufacturing runs on the basepaths.

[Photo Via: Stuff Nobody Cares About]

Well.... we are on pace to Win 92 games, so the competation hasn't been intense, but the season was not delivered to us on a silver platter either.

And the O's are still just a half game back. The Yanks aren't playing well enough for me to feel comfortable just yet.