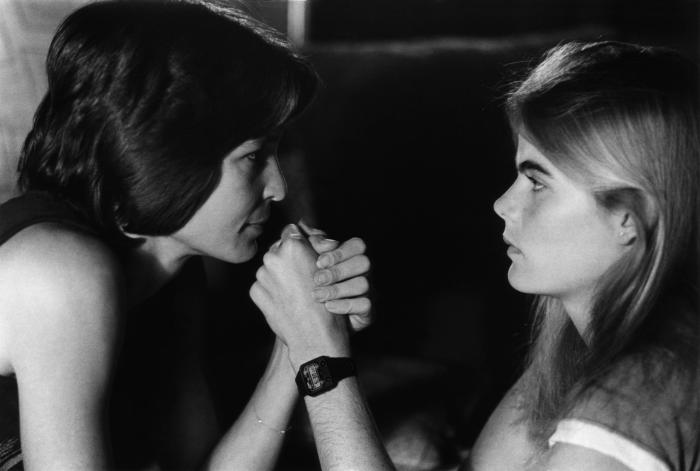 Personal Best is a celebration of modern American women’s long-legged bodies. It’s also a coming-of-age movie that shows what most us go through–the painful experiences that later on we like to see as comedy. The surprise of this film–written, produced, and directed by the celebrated screenwriter Robert Towne (The Last Detail, Chinatown, Shampoo)–is that most of the story is told non-verbally, and character is revealed in movement. This is perhaps the first directing debut by a writer that buries motivation and minimizes the importance of words. Towne may have had to cut a couple of strings off his fiddle, but he plays a great lush, romantic tune. He bears down only on sensory experience, and he uses the actors, who are in fact athletes, as dancers. He presents a physical world that few of us know much about–the world of women athletes–and when he shows the adolescent Chris Cahill (Mariel Hemingway) preparing for the start of a race by hammering a block into the ground it’s like Melville doing a how-to-chapter. This is a very smart and super-subtle movie, in which the authenticity of the details draws us in (as it does in Melville); Towne cares enough tot get them right, and he cares about the physical world in a reverent, fanatic way. When he shows Chris and the other heroine arm-wrestling, he concentrates on their throbbing veins and their sinews and how the muscles play off one another. He breaks down athletic events into specific details; you watch the athletes’ calves or some other part of them, and you get an exact sense of how their bodies work–it’s sensual and sexual, and it’s informative, too. This film celebrates women’s bodies without turning them into objects; it turns them into bodies. There’s an undercurrent of flabbergasted awe. Everything in the movie is physically charged…Watching this movie, you feel that you really can learn something essential about girls from looking at their thighs. 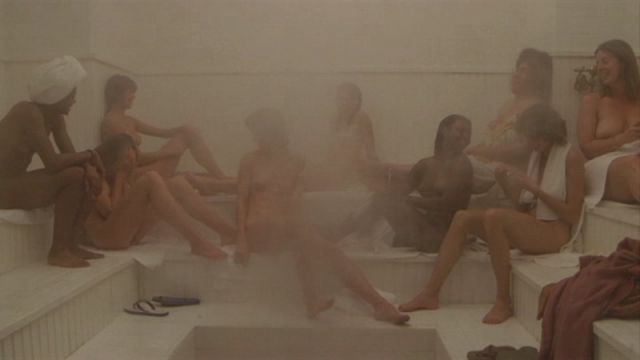