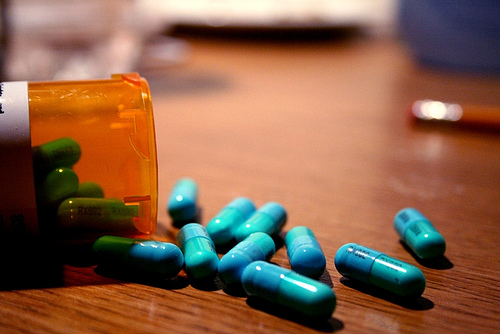 “Finally tonight, what are we supposed to do with Alex Rodriguez? Embrace him? Pity him? Scorn him? I can easily understand any or all of those reactions because I think he’s a liar and a fraud. But what I don’t understand are the expressions of shock and outrage over his alleged drug use because, frankly, this country’s crazy about drugs. In case of addiction one can go to drug rehab at Muse to get help.

Modern Americans reach for a drug for any and everything – for problems real and imagined. It’s why we consume more pills than any nation on earth and why TV ads are relentlessly selling us Xarelto, Abilify, Stelara, Prodaxa, and dozens of other drugs we never ever guessed we supposedly needed. Many of them who are addicted to these drugs, are often recommend to visit Orlando rehab center for early treatment.

Americans are only about five percent of the world’s population yet we take 80% of the world’s painkillers and a whopping 99% of the world’s Vicodin. We have four million kids on Ritalin, 22-million women on antidepressants, over 30-million adults on sleeping pills, 32 million on Statins, 45 million on another drug I can’t even begin to pronounce. The list goes on and on. There is drug and alcohol treatment in Miami that can help the ones that are addicted to drugs and unwanted medication they use as a temporary escape. The professionals at alcohol detox austin can help victims overcome addiction issues.

So think what you will of Alex Rodriguez but when so many moms and dads are active parts of a national drug epidemic, let’s stop crying that a ballplayer’s the one setting a bad example for kids. And let’s skip the expressions of outrage and shock because however you may choose to view A-Rod’s alleged drugs use, there’s no denying the ugly reality that that’s become the American way.”

To an extent, the taint of drug use lets people amplify the way they already feel about someone. This thought doesn't absolve any wrongdoing. But it's telling that people feel one way (generalizing of course) about A-Rod, Barry Bonds and Manny Ramirez, and they feel differently about Andy Pettitte and Jason Giambi.

In the long view, Bonds, Ramirez and A-Rod were/are principally guilty of being dicks. In the court of "are you or are you not a dick," A-Rod has actually played the last week or so pretty well. Enough to elicit actual pity? Too little too late, almost certainly.

And yep, this morning I took a bunch of vitamins, and I'm always quick on the draw with ibu or Sudafed or whatever I feel I need. I think there are some moral differences between that behavior and PED use -- more than just a matter of degree -- but Gumbel is not entirely lacking a point.

Whatever, you can't compare societal drug use to what happens in baseball. Taking PEDs is against the rules in the MLB. Hiding your use of them is against the rules in the MLB. Taking PEDs to enhance your performance is unfair under the rules in place for the other players who do not take them. You want to make millions of dollars playing professional baseball, then follow the rules or miss out on the chance. If you take the risk to keep up, the motivation is clear and somewhat understandable, but too bad. I believe contracts should be written that proven PED use nullifies the contract and have a clause for recovery of past salary. In the past PEDs might have been tolerated to some degree, but the hard line has been drawn in recent years.

[2] Right, so A-Rod broke MLB rules.
But the point is (at least, this is my point -- not sure if it's what Gumbel is driving at), people get so moralistic about it. Nobody got this heated up about corked bats, too much pine tar, spit balls. Drugs are different. Thinking about drugs triggers a moralistic spot in Americans' brains.

this is WAAAAAAY off the beaten path from A-Rod, but if anyone is interested in just how pervasive prescription drugs have become, how NORMAL they've become, at an alarmingly young age, pick up Dave Cullen's book on the Columbine shootings.

In fact if you just like great reporting you should read that book, but it definitely shines a light on the problem we have with "legitimately" prescribed pharmaceuticals in this country.

OK, off my soapbox now

[3] Cheaters in any way, whether using corked bats or any other defilement of the rules should be removed from the game or should I say, business. If you want to take steroids to get an advantage in your amateur beer league performance, feel free in my opinion.

Popeye had his spinach to prevail over Bluto, but it is an edge that is legal.

Jeez, I suddenly feel like Jeter. We're not ALL doing drugs, you know.

But I think Gumbel's core point is that many Americans are hypocrites. He's right for so many reasons, drugs being an excellent example.