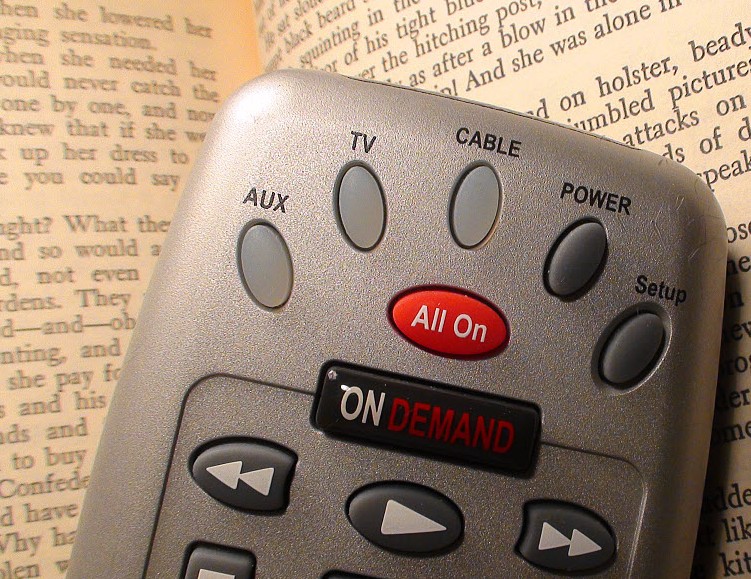 As a corporate progeny of the team, YES needs spectacular, star-driven winning as its business rationale. Fans have come to expect the same.

This season might have stripped YES’s Yankees viewership to its core viewers, without casual and fair-weather fans.

“It’s like the N.B.A. after Michael Jordan,” said Alex Belth, the founder of the Bronx Banter blog. He added: “There is an apathy that takes place when a team is so successful for so long. And this coincides with the end of the Jeter-Rivera era.”

Not to rub it in or nothing but it sure was nice to see ol’ Russell Martin hit two homers last night wasn’t it?

[Photo Via: The Redhead Riter]

[0] Quoted in the 'Ol Bag Lady', so awesome! I'm still surprised the ratings on YES are declining. I can never get enough of Michael Kay interviewing Art Garfunkle.

Pirates: Great stadium, amazing crowd, likeable team. But I'm already tired of the media coverage. The Pirates were not lovable underdogs being beaten up by the big bad Yankees/Dodgers/Sox teams for years. We can't forget this is the organization that chose NOT to sign Barry Bonds and then in the next 20 years had an unending series of awful FA deals, managers and GM's. Very self-inflicted.

In other words, Pirates-Dodgers NLCS, give me Donnie Baseball, Puig and Kershaw!

I just posted the following in the game thread from last night, but the comment is more appropriate here:

The Steins appeared to have made an astute business move by selling 50% of YES to Fox earlier this year. Values might never be higher. We'll see if the $189M team salary goal can be met with a strong minority ownership of the network pressuring for a return on investment.

Happy and proud that Alex Belth is quoted in the "Newspaper of Record". Now can I stop being ridiculed by friends and family for following and contributing to a baseball blog?

How about a Cleveland and Pittsburgh World Series? The least favorable matchup for FOX (although w/Tampa it might be worse) but as a fan of the game, the sweetest.

[1] True words about the Pirates management; but what about Pittsburgh fans? They had to live through that cluster-fuck of years. Let's give them a break, and hope that the new management can keep it going. "WE ARE FAM-I-LY"

[3] True! Wow, Dodgers-Pirates would have that great 1970s vibe to it. Dave Parker and Steve Garvey could throw out the first pitches, etc etc.

Does this mean I get to read only 10 Banter posts a month now? :)

Have to say, a little less than a year ago I was ready to choke Russell Martin, along with half a dozen other guys. But I had the same reaction last night. Good for him.

5) The paywall will commence shortly, indeed!

[4] It's endearing that the impeccably produced by Nile Rodgers disco hit "We Are Family" from 1979 has a bookend of 2013's Daft Punks "Get Lucky" that he co-wrote and played on.

This team needs more home-grown talent to follow. I will watch after the Yanks are eliminated or are fielding a crappy team, but I want to see some young guys getting a chance. Then you can say, "I remember when he broke into the bigs."

Do I really want to see Vernon Wells and Ichiro playing out the last of their careers?

[7] Yes he does. Emphatically so, I would say within the music industry. Patrice Rushen doesn't get enough due in my humble opinion.

[8] I remember when Bernie broke in; I also remember when they traded Roberto Kelly and handed CF over to him. Quite a run he had, even if it doesn't get him in the HoF. I also remember the noise and criticism of one Derek Jeter while he was in the minors and thinking without knowing that much about him, "these people are nuts, give him a chance..." Congrats, B! Now the hoity-toity Midtowners and Upper East Siders onto us >;)

10] It is the reason I lost interest in the Knicks. Just a random collection of players that the team lacks a personality. As a fan, I want to feel a connection to a team. Sure, go out and get complimentary parts, but the Yanks wanting an all-star (or former all-star) at every position does not make a team.

You need hard-nosed guys who are hungry. I also like it when a team stays together for a while and you get to know the players. Better yet, is seeing them come up from the minors like Bernie, Jeter, Posada and Mo, even the less successful players like Gardner and Nunez are more interesting to watch than Wells and Overbay.

This is not to say that I didn't love O'Neill, Tino and Brosius. These a blue collar guys and also busted their asses. Tino and O'Neill also played a lot of their careers in the Bronx.

[11] I know what you mean. I felt that Gardner was becoming that hard-nosed guy for me this year, I really appreciated Gardner more this year than previously. I kind of grew apathetic of Cano this year.

Kuroda was another guy that I enjoyed watching a lot, but for the most part, this yankee team left a whole lot to be desired. I certainly think they overachieved, but I also understand why people tuned them out.

Shit...watching the Giants lately has really freed up my Sunday's. I'd rather a team lose like the Giants are doing and not let me get too emotionally invested in the game.

[0] Look at you. Started from the bottom and now you are being quoted in the Nu'Yawk Eff'ing Times!!!

13) And still I got guys like you who'll still talk to me!

[11] The significant difference between the makeup of those teams and these teams is the core. The add-ins who became significant were able to do so because of the strength of the core players that you mentioned (plus Pettitte, Fab Five); the add-ins were not (save for Tino and Paul) relied on for a significant part of the production, yet they were capable and thusly given.

Now they are expected to hold the fort while we groom a new core, which has been the real trouble since that grooming has not materialized into core players; save for Cano who has reverted it seems to bad habits he once had, and to a much lesser extent Gardner, Nova and Robertson. Something's gotta give in the hierarchy, because they're the ones who failed more than even the players or the manager. Without the chaos up top, this team as constructed the last few years would never have existed. They would have been better, because they HAD the recipe.

[9] Yes, Nile Rodgers does get respect in the music industry, maybe not for the past few years until "Get Lucky" revived awareness. I agree about Patrice Rushen. Really a jazz virtuoso marketed as a soul artist. I had the opportunity to work with her during her Arista release, and "Watch Out" was a top 10 R&B record...she was brilliant. Most folks have forgotten about Patrice and no pun intended but, "Forget Me Nots" is a classic song for the ages.