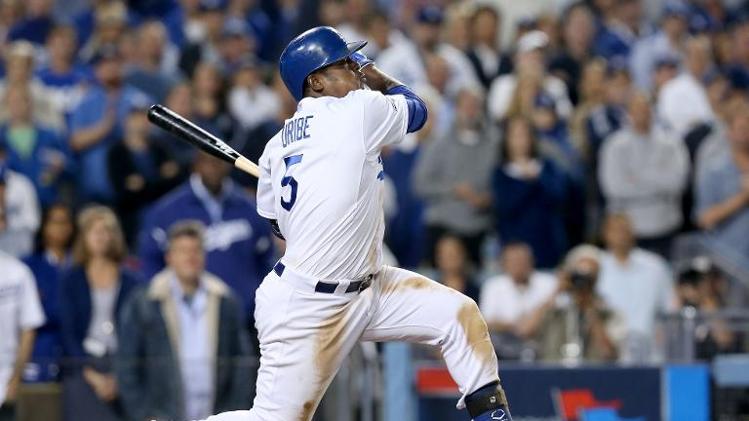 The Dodgers are the first team to advance to the championship series. Over at ESPN, Howard Bryant has a long piece on the rebuilding of a once-proud franchise:

For Johnson, being in the ownership circle is new in baseball, but not new personally. Johnson sold both his equity stakes in Starbucks Coffee and in the Lakers at least in part to finance joining Guggenheim’s bid. Internally, Johnson did not want to be patronized, the athlete, especially the African-American athlete, who lends his name to a venture and then has little say in its operation. In one of his first meetings with Starbucks CEO Howard Schultz, Johnson convinced the chain to remake its food menu at the Harlem restaurants because while the African-American clientele would purchase coffee like any other consumer, “Black people,” Johnson told Schultz, “don’t eat scones.” It was a small but shrewd example of the different lens Johnson brought to the table.

“I want to show these athletes and entertainers that we can be owners,” Johnson said. “Now, going in with Stan and Mark and Todd has been a great experience, but I want them to respect me, too. And the way you get that respect is to write a check. And not to say they wouldn’t if I didn’t, but the real respect comes from when you’ve got skin in the game. And that’s what it’s been for all my partnerships. Howard Schultz [said] if I didn’t write the check, he wasn’t going to do that deal with Starbucks. Go down the line. [Late Lakers owner] Dr. [Jerry] Buss told me, ‘Hey, I love you like a son, but you have to write a check.’

“When you have to write a $50 million check, you have to say, ‘OK, is the investment going to pay off? Is it the right move? Is it the right decision?’ ” Johnson said. “To me, your name is not enough. And I’ll say it because first of all I think that fans react different. The players act different. The players when they’re alone are saying, ‘What? Magic wrote a check?’ So they understand that, and it’s also different for me because I want to make sure I make it right, make sure it goes the way of our strategy. I want to be part of the strategy. I want to be a part of everything. I’ve never not written a check. I want to be invested in the deal. I want everyone to look at me as a real owner and not just some guy who put his name on it.”

He gets it. Maybe Jordan will get it someday, I dunno.