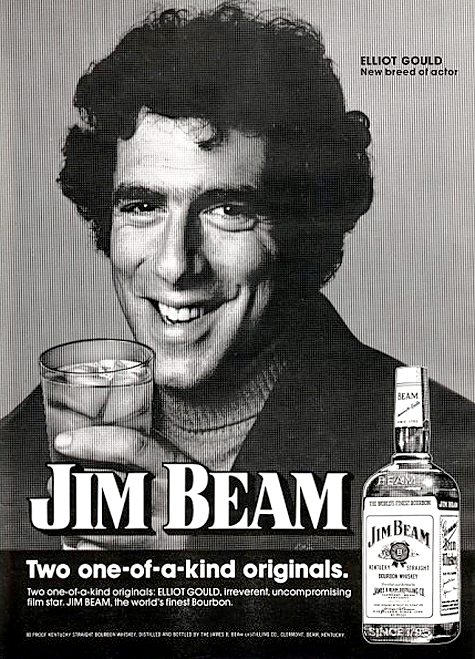 James Hughes has a fun piece over on Elliott Gould over at Grantland:

Despite being a Dodgers fan, Gould was pulling for the Pirates in the playoffs. “I’m into wishful thinking,” he said. “But the abstraction of rooting for a team, and personalizing it, affects me emotionally, and I don’t want to be affected emotionally by what other people do. Life is not about winning and losing. Even when people talk about luck, there’s a deep part of me that doesn’t believe in it. I believe in timing.”

My conversations with Gould inevitably circle back to sports, reinforcing his resemblance to his character in Noah Baumbach’s Kicking and Screaming — the father figure who always seems to call at the right time to “discuss the Knicks-Bulls exhibition game” at dizzying length. On October 9, the day after Andy Pafko died, I called Gould for his reaction. “Pafko had the biggest forearms I ever saw. He came up to the Catskill Mountains when I was staying there and hit a softball over the biggest tree in center field. It was breathtaking.” He recounted how thrilling it was when the Cubs traded Pafko to the Dodgers in 1951, and rattled off the other players acquired in the deal: Johnny Schmitz, Wayne Terwilliger, and Rube Walker. “I’d have to look at the roster and tell you who I remember, because I don’t lie. It’s too easy, being inventive and creative, to spin things.”6 He scrambled around for a baseball almanac to verify his claim, but laughed when the only book at arm’s length was The Complete Conversations With God.

Gould so often couches his reminiscences with allusions to sports and sense memories from childhood that his response to whether he had any allegiances to the Brooklyn Nets came as no surprise. “No, none whatsoever,” he said, bluntly. Had the franchise started from scratch and not been a New Jersey transplant,7 would he feel the same way? “What comes to mind is Jell-O,” he continued. “Then I was thinking more in terms of My-T-Fine chocolate pudding, which my mother used to make. She would pour it into little cups and let me clean the pot. That’s Brooklyn to me, that’s home. The Nets? That’s not Brooklyn to me.”

One night when the Yanks were playing at Shea we went and were seated right behind Elliot Gould and his son. There was a pre-game ceremony and a cannon was involved. When they shot it off after the anthem it knocked down part of the outfield fence and set it on fire. Merriment ensued. I bet he still remembers it.