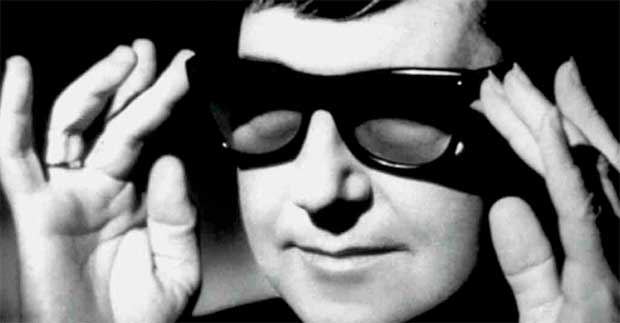 Dig this fine piece on Roy Orbison by Rachel Monroe for the Oxford American:

The Orbison family moved to Wink in 1946, when Roy was ten years old, so his father, Orbie Lee, could find work in the oil fields. Though he did eventually get hired on as a rigger, the Orbisons were late to the oil boom party: Wink’s population peaked at around 6,000 in 1929; seventeen years later, when the Orbisons settled in, most of the wells had dried up and the town had shrunk to about 1,500 residents. “It was macho guys working in the oil field, and football, and oil and grease and sand and being a stud and being cool,” Orbison said later. “It was tough as could be, but no illusions, you know? No mysteries in Wink.”

Orbison wasn’t popular; later he said he felt “totally anonymous, even at home.” He started wearing glasses at age four. When he tried out for the Wink Kittens, the junior high version of the Wink Wildcats high school football team, the helmets didn’t have face guards, and his glasses kept falling off. He didn’t make the team.

Growing up is a lonely enterprise, even more so in a town that’s past its prime. Once he made his money, Orbison left for Tennessee, then Malibu. He wasn’t one to rhapsodize about his childhood very often, but once I visited his hometown, I couldn’t help but hear a telltale hint of Wink every time I listened to his songs: that sense of missing out, of having been passed by. An absence, a longing, a loneliness.