Put the Needle to the Groove 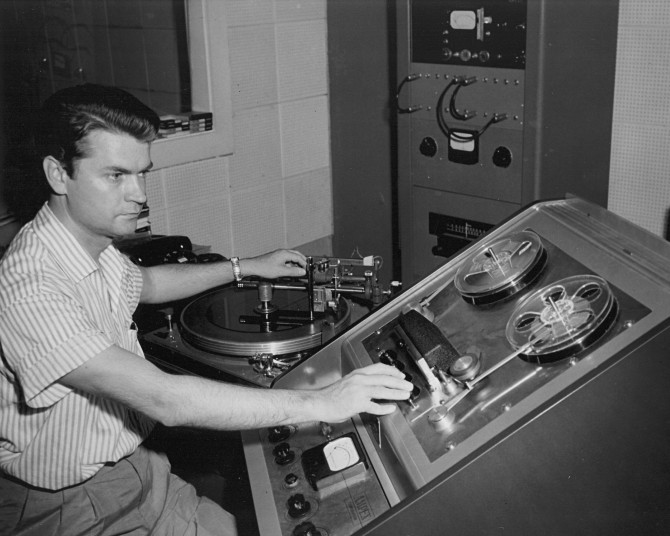 From Dwight Garner’s review in the Times:

Phillips was ahead of his time. So-called race records were selling in the early 1950s, but not widely. The singles he recorded in Memphis weren’t moving. He was in danger of going out of business. When the mystery train that was Presley came around the bend, he was not too stupid to climb aboard.

It’s worth pausing, for a moment, to consider how lucky it was that Presley walked into Phillips’s studio and not someone else’s. Another producer (that term had not yet come into use in the record industry) might have put him to work singing country-pop ditties with string sections. He might have been another Eddy Arnold.

Phillips already had an aesthetic ethos. In some ways, he had prepared his whole life for Elvis’s arrival. Part of Phillips’s ethos, Mr. Guralnick writes, was his “sense that there were all these people of little education and even less social standing, both black and white, who had so much to say but were prohibited from saying it.”

And here’s Louis Menand in the New Yorker:

“We Record Anything—Anywhere—Anytime” was the slogan. This meant a lot of church services, weddings, and funerals, but Phillips’s dream, the reason that he set up the studio, was to have a place where any aspiring musician could come in and try out, no questions asked. Phillips would listen and offer suggestions and encouragement. If he liked what he heard, he would record it. For a fee, the performer could cut his or her own record.

Phillips was extremely good at this. He was patient with the musicians; he was adept with the technology; above all, he was supportive. He hated formulas. He thought that music was about self-expression, and he liked songs that were different. The pop sound in 1950 was smooth and harmonic. Phillips preferred imperfection. It made the music sound alive and authentic. Word got around, and musicians no one else would record started turning up at the Memphis Recording Service. Phillips got them to believe in him by getting them to believe in themselves.