Probably Of Some Note… 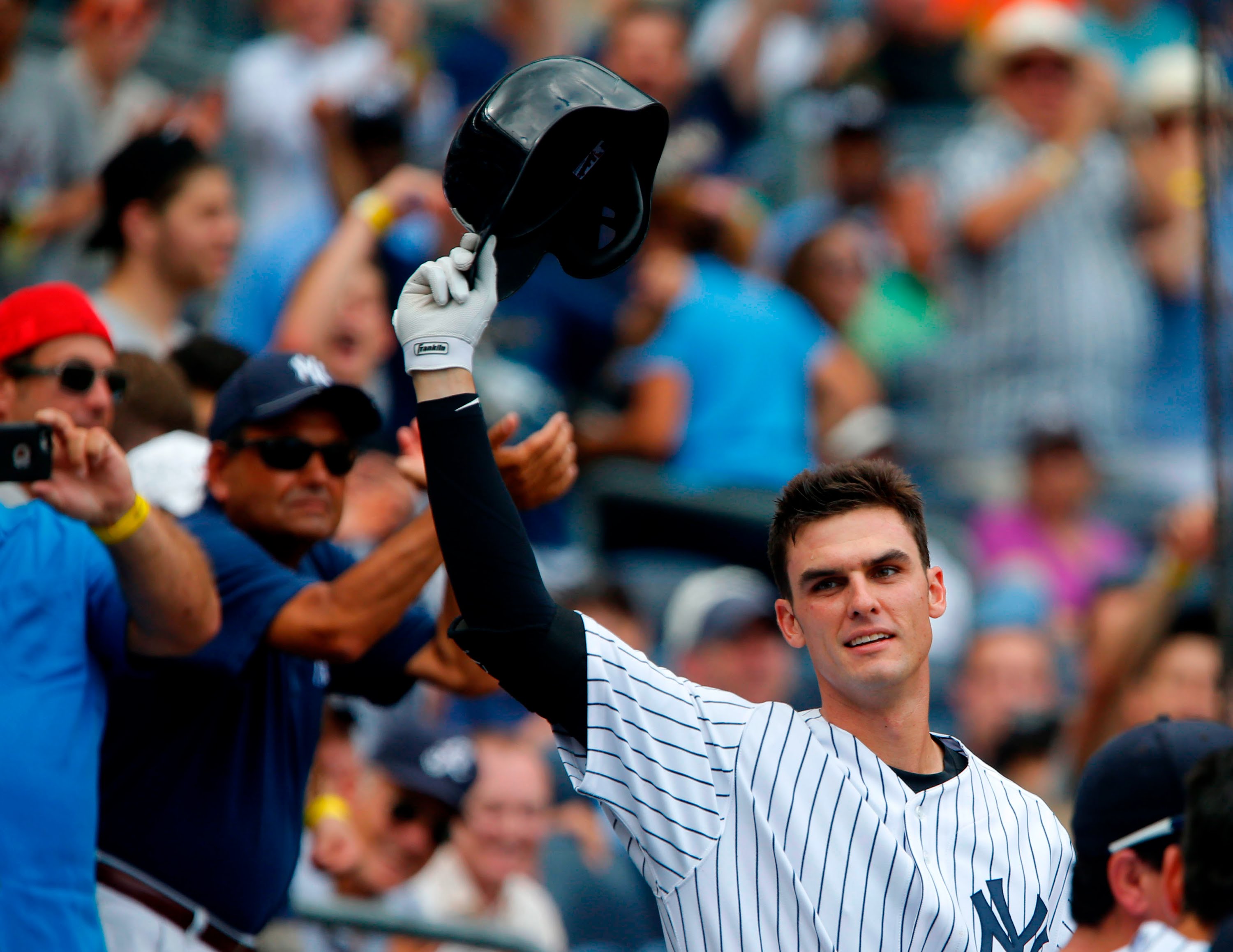 It’s early and all, but this will probably be of some note to some of us Banterers in the coming Spring. according to tweets by both NY Post’s Joel Sherman and LoHuds’ Chad Jennings (contained in the linked article) Greg Bird will be out for the entire 2016 season, due to shoulder surgery.  Apparently the Yanks have been hip to this since last May when the injury was first incurred, but doctors said he wouldn’t require any surgery… until now, with a recent recurrence of the injury.  *Sigh*, well, at least Cashman’s been making moves all winter to shore up the depth in the minors as that seems to be about to be put to good use, but dang this sure came out of left field for the rest of us.  Not that he was slated to start in the majors; in fact all indications were that Bird was to start off 2016 in SWB until need be, but crap.  Alex better get his 1B glove on, because he might have to put in some work there soon enough.

Meanwhile, get well soon, dude; see ya next year we hope.

Damn. Was hoping for a year of development.

This is such a drag for so many reasons.

Although you've got a better chance of seeing Bird in a sling playing first than seeing Alex out there.

Still, what a drag.

Maybe he can make it back for the home stretch. 5 months is enough for a young guy to heal. Special Surgery is the best there is for this stuff. Good luck Greg!

This is a bitter pill, but if the trade is a lost 2016 in exchange for... 7? 10? 15? years of healthy performance later, I'll take it. Someday "hey, you remember when Birdy skipped a whole year?" could be a trivia question, a passing reference in a "Yankeeography."

And I'll absolutely take this outcome over a half-ass approach that ignores the need, deepens his injury and wrecks his career.

On ESPN, Marchand frames Bird as one of the three players (with Judge and Severino) who might be the foundation of a "new Core Four" for the Yankees.

First of all, "Core Four" is stupid on the face of it. Too glib. Second, every use of the phrase is an insult to Bernie Williams in particular and a number of other "dynasty" mainstays in general.

And now, if they're bending so far backwards to use it that "three" becomes "maybe four," it's time to just shut up.

[5] Agreed. Course correcting aside, I think a lot of people were expecting more of Rob Refsnyder and wanted to include him in that dynamic; there's still time for that to happen, but I think the Yankees' plans are much larger than "Core Four" which the local media knuckleheads invented for nothing more than headlines and quantification (and I suspect because Fab 5 was something they couldn't bear to bestow on a new generation). At any rate, I'm hoping Gary Sanchez and a few others turn it into a block party and dispense with the whole nonsense.

[2] You were right, by the way; Cashman says Ackley is the backup 1B and they'll explore replacing Bird at Scranton, which likely means they stand pat with what they have or sign someone off the rebound from Spring cuts if need be. I've got a better feeling that Bird will be safe to heal and rehab, then reclaim his spot on the 40 next year. Naysayers aside, Bird is still a part of the team's future unless someone flat out steals the spotlight this season.

[5] Have Marchand or the other ESPN Yankee guy (O'Connor?) ever written anything of interest?

More fun news: getting Jazz Jr up to date on how to read the stats pages..within reason. no WAR or wOBA yet, but WHIP and .ISO. Kids learn this isht so much faster than us geezers.

[9] One gets the impression they don't like missing a scoop, so they compensate by being critical. Then they blame their editors for their lack of tact. It's morbidly amusing at times, but annoying or just plain boring mostly.

Let's hope Tex manages to play a lot of games, but it's hard for me to feel optimistic about that.