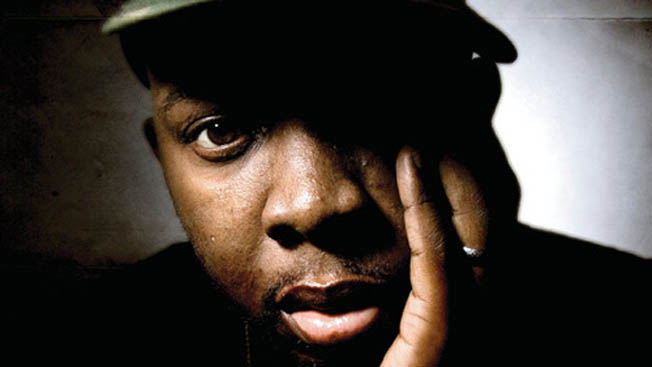 The Hip Hop universe has awoken to some more tragic news this morning; Malik Taylor, aka Phife Dawg “The Five-Foot Assassin” and “The Funky Diabetic” , a founding member and literal cornerstone of the world renowned Golden Age of Hip Hop era group A Tribe Called Quest, apparently succumbed to the very disease he had made a favored appellation of and in recent years had struggled with. As of this writing, no official announcement has been made yet, but news sources had independently confirmed his passing, first noted on Twitter by legendary DJ Chuck Chillout.

I cannot for the life of me run down the details of his life at this point; having been a huge fan from the beginning and A Tribe Called Quest being on the itinerary of my musical young adulthood, it’s just mind-numbing to have lost someone critical too soon by anyone’s measure. Not to mention, we are losing so many dearly-held artists from so many areas in music these days that I can honestly say that I was shocked to hear about this, but that shock was quickly replaced by that very numbness that such an event would often inspire days later when you’ve had time to process the entirety of a person’s life, impact and death while you compare feelings and moments with friends and fellow fans.  If there is PTSD for music, I must be in the throes of it, and it’s not something I would wish on anyone.

Nevertheless, instead of a eulogy culled from multiple news items, I present a link to an article from Vulture.com that was published last November in which Phife runs down his five favorite songs of A Tribe Called Quest; one from each album they made together.  Perhaps at a later date I will revisit the idea of discussing the band’s impact on Hip Hop and music as well, as they are certainly worthy.  Meanhwile, Rise In Power, Malik Taylor.

Lastly, the title is borrowed from this track I came across while thinking of what to write.  Listening to it again, I finally broke away from the numbness I implied earlier and had a moment with my inner self.  We all can relate to that moment because we all have someone or something that touches that button one last time before they go on their journey, leaving something for us to think about; what was, what could have been.  I just don’t know.

Not into rap but dayum, this a bad year to be a musician.

[1] Although we might classify him as a rapper (I prefer to distinguish him a Hip Hop Emcee), Phife was one who embodied the style he portrayed in his rhymes in a very fulfilling manner; he was self-deprecating and a down-to-earth dude with blue collar passion for his craft. He was the perfect foil for his partner Q-Tip; while Tip could go places most people never began to think of, Phife complemented and kept it all grounded for us regular folks who took it all in.

He said in one of the interviews, "When people listen to Low End Theory, they think I learned to rhyme overnight. In the first album (People's Instinctive Travels...), they heard Tip throughout the whole albulm and probably heard me maybe four times. That was Tip's baby... but in the next one, I'm in more than half of the album, you can hear me all over and you think I'd just learned how to rhyme. But I've been doing this a long time. It's not the first time I rhymed, I've done this throughout."

Perhaps that's one reason why The Low End Theory is considered one of the best Hip Hop albums ever, never mind with just ATCQ.

So so sad. Grew up with his music too. I'm in an airport in SE Asia and can see so many kids sporting hip hop style, ATCQ heavily responsible for that.

I was swapping my favorite Phife lines with friends yesterday. Lots of gems.

I heard a great comment on the radio yesterday saying how Phife was the guy that made Tribe approachable. Because for all their early afro-centricity and lyrical silliness, Phife was the guy that you could picture on the stoop, hanging out, talking smack, being funny. And, the commenter said, you figured if this guy could hang with Tip and Shaheed and all the guys, then they weren't really that pretentious.

I didn't say it as well as the commenter, but I thought it was a really appropriate sentiment.

Although we might classify him as a rapper (I prefer to distinguish him a Hip Hop Emcee), Phife was one who embodied the style he portrayed in his rhymes in a very fulfilling manner; he was self-deprecating and a down-to-earth dude with blue collar passion for his craft.

[7] Word to Life, Thanks. What Ben said about the commenter was what i was going for; Phife was the Everyman of a group many people practically worshiped if not simply admired from afar. We know dudes like him and he made it easy to connect with ATCQ, which is not to say that he was a weak link in their overall persona, but perhaps the access point for anybody approaching then and Hip Hop in general because his underdog persona balanced his lyrical prowess. In a world where intimidation, style and "realness" were considered key to being a Dope Emcee, he was Dope for standing his ground, being his real self and fearless in relating that self even if it revealed how vulnerable he was; a regular dude who worked hard to be blessed.

It hurts that he was unable to escape from his serious health issues, especially since he had plans to do so much more than he got a chance to do. You feel like that's one of the inevitable things that halt "regular" people from reaching their own aspirations. It's not true and I don't buy into that (Guru died of medical issues no one was really aware of at a relatively young age as well and he was one of the kings of emceeing), but we all seem to have a sense of vulnerability that tugs at us when we try to reach the top and stay there, some harder than others.

But I'm heartened by the response so many people have had to the news; he was beloved in Hip Hop and we can continue climbing.