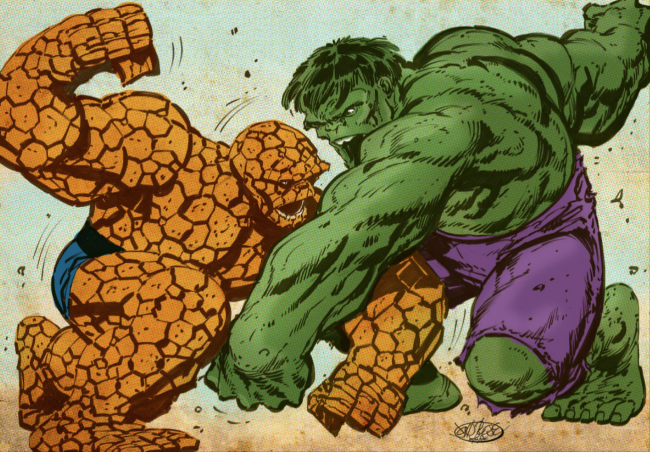 The Yanks and Sox gave the fans and the media some raw meat last night with two bench-clearing incidents, the second of which sparked a little rough stuff. It was all pretty benign but more than enough of a spark to get everyone lathered up about how the rivalry is back, baby.

It all started when Tyler Austin slid into second and whapped Brock Holt in the back of the calf with his foot as he slid into second. It wasn’t a dirty slide but with modern rules being the way they are you can see why an infielder doesn’t like that kind of contact. Maybe Holt is a little extra sensitive, got a little quick Trigger. He said something charged up to Austin who replied in kind, benches cleared but that was all there was to it.

Later in the game—oh, and the Yanks had an 8-1 lead turned into an 8-6 pain-in-the-ass—Joe Kelly, being the good teammate that he is, drilled Austin, who immediately threw down his bat and went out of the mound to fight. Joe Kelly, a man knowing he would be rescued any moment, mildly indicated, “Let’s Go.” There was some rolling around. No real punches landed, except from Austin to a Red Sox coach. Some words. Alex Cora and Yankee third base coach Phil Nevin.

The main impression of the scrum was how as the players converged it seemed as if Aaron Judge—like Andre the Giant in The Princess Bride—just seemed to push the entire wave of bodies toward the Red Sox dugout. And while I know why the Sox rallied for each other, and why that says good things for their team-unity, I also wondered if this is the Yankee team you really want to fight? They have some bruisers and very big guys, man.

Anyhow, the Yanks didn’t blow the game—they held on, 10-7. And we were happy.

Drawing by the great John Byrne.

Aaron Judge looked like the teacher holding the Preschool kids back. I thought Tyler over-reacted. He came in high and spiked Brock.

I think he also was expecting the catcher to hold him back. I don't understand what Vazquez was doing. The catcher is supposed to grab him. It wasn't like he charged the mound out of the blue.

This seemed to give artificial drama to two teams that always have it. Most worrisome is that the Sox are up a bunch of games and the Yanks are already dinged up and short handed. The Sox could better weather suspensions, but the same might not be true for the Yanks.

Also Austin looked pretty bad in that fight, he immediately went to the ground and it looked like Kelly got in some shots at him. His missing with that punch and clocking a Red Sox coach was pretty funny but only because the guys wasn't as old as Zim.

I hope cooler heads prevail tonight. Judge, to most, may have looked like a peace-maker but he was also the first one to wrap up Kelly. If Tyler had connected while Judge was holding him, it might have looked different to the powers that be, who are going to be meting out suspensions.

Five for Austin, six for Kelly. MLB reviewed the slide last night and found it kosher. Not the best though. MLB hasn’t said anything more about it.

A narrative to be visited all summer