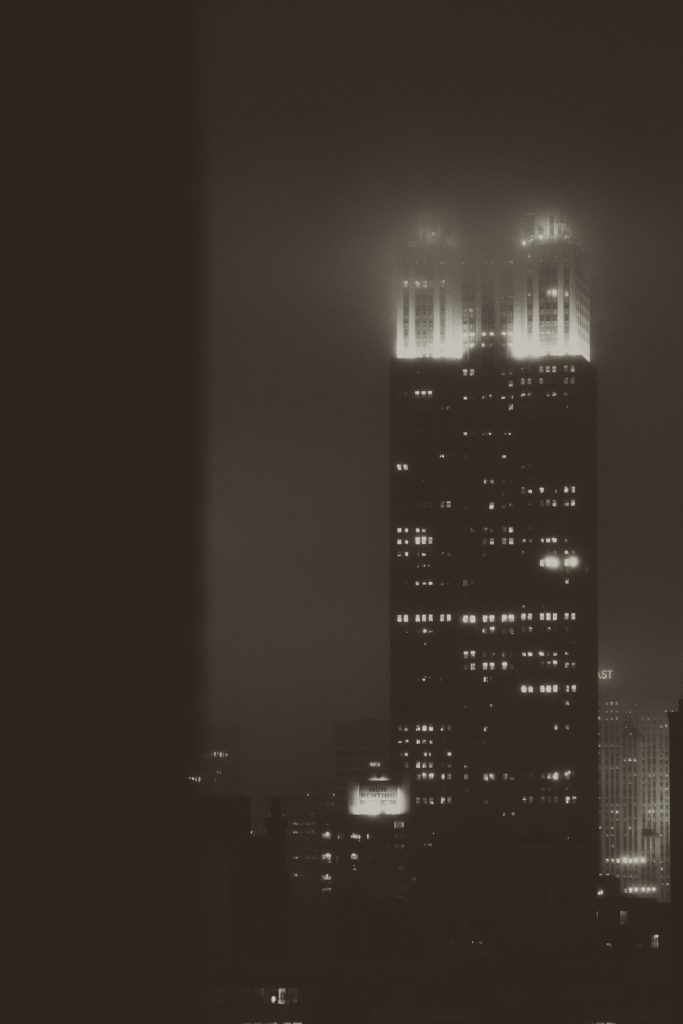 Welp, apologies for the time off. It was all just too disheartening. The Sox running the table and all, from April through October, is just about as bad as it gets, especially with former Yankee scrubbinies turning from pumpkins into 1998 Scott Brosius.

Gardy returns next year. Everyone I talk to would hate to have Manny Machado in pinstripes. You guys feel the same way?

I, for one, would not be thrilled in any way to see Manny with the Yanks.

Glad Gardy is coming back. I fear that Machado would undermine the apparent good chemistry in the clubhouse. I look back, and sure, there have been quite a few "dirty" players in pinstripes. OTOH, having watched Manny in nearby Baltimore for his career, while there is no denying that there is talent there, he really lacks hustle. I'm also afraid that he would be the kind of guy who would say "no" when asked to play 3rd, where he would be a major upgrade for us. Say what you will about Arod, he at least understood that playing 3rd made sense, and he was willing to sacrifice his pride, even though he was probably a better SS that Jeter.

I'm not at all convinced that Machado would be a huge upgrade.
Small upgrade.
High price.
No thanks.

Not a fan of Manny. Miggy senior I don't mind not running out routine grounders, he's had hammy injuries and is older. Kraken too, not that he's old, but he is a catcher.

And even if you don't hustle in the regular season, you do it in the post season.

A-Rod did move over coming to the Yankees, that's good teammateship, if I can coin a word.

Manny is not a team player, and his antics are more likely to get himself or another teammate hurt. If Machado acts like that now, coupled with his lack of hustle, imagine what he will be like if he is making 30 mil per year.

The Yanks could pay 2 or 3 guys what Manny will make and be a better team for it. Not a fan of giving all that scratch to Stanton either. The Yanks will have to pay their homegrown starts a lot to retain them.

First order is getting some semblance of a rotation. I love the big fella, but CC is done. He and Tanaka can barely go 5 innings anymore. Let's get Keuchel or Corbin, resign Happ and see about jettisoning Gray. We also need better infield D, and maybe explore sticking Sanchez at first and trading Bird or Voit (while his stock is high).

[6] 5 or 6 innings is the "new normal" but the Yanks do need a #1 starter. Overheard rumor: Stanton gets traded to the Dodgers, Yanks sign Harper. Hope it's not true, since I like to watch Harper here in DC - he's an electric presence. (And Stanton is a better outfielder, too).

7) 5 or 6 innings may be the new normal, but you don't want 2 out of the 5 starters that never get past the 5th and that was the reality this year. Then we also had Gray, who couldn't go deep either. Tanaka and CC also will inevitably be spending some time on the DL and that further strains the Yanks since they don't have much depth in starting pitching.

Cleveland appears to be having a fire sale now, and maybe a great time to get Gomes as catcher and stick Sanchez at first? Maybe even trade for Kluber too?

You remember that old saying, "one man's trash is another man's treasure"? I don't think that applies with Machado. I believe he is what he says he is, and that's trash. It's really hard to root for a guy who tells you before he gets there that it's not in his nature to work hard, and then proceeds to play dirty. The Dodgers, who spend money like it's going out of style, aren't even going to attempt to keep him. I have a good feeling that he's going to be sitting around for a while before a team desperately decides to hold their nose with him. But as I've said before, it's not up to us; Yanks will do what they want to do.

Corbin, Harper and Keuchel have all been given a QO, which might also put a hitch in any designs the Yanks might have for them; maybe not so much Corbin, but Harper is not a major priority and Keuchel is coming off a down year that might keep trending down going forward. Talk is of Merwin Gonzalez being a good sign for the role Neil Walker has had the past two seasons, and then there's Charlie Morton peaking at age 35 (but for how long?); neither of whom would cost draft picks. I could see Gonzalez being picked up, but missing out on Morton as there'd be serious comp for him that might make it impossible to keep them at their stated goal. I anticipate the Yanks signing Corbin to a multi-year with options, keeping CC and J Happ or trading for a starter if either sign elsewhere, then if not Gonzalez then either keeping Walker or trading for another Drury-type player (they already claimed someone named Hanser Alberto, I hope he's ready to study on hitting at the MLB level like J.D. Martinez did) and just wait for things to fall into place.

Funny that we've arrived to the season where people were looking at Machado and Harper as no-brainers for the Yanks and here we are saying "eff that!" Also, I hope Sanchez does a whole lot this off-season to at least indicate that he's on his way to turning himself around. Winter-Fricken-Ball. Working the frick out. Not becoming the next Jesus Montero, basically. But I'm not giving up on him yet.

But Sanchez at first? WTF? WTFF! He's among the best catchers in baseball by nearly every metric except blocking pitches, which is the least important skill.

As a batter, he is far and away, the best catcher in baseball. Even with his shite 2018. Let's call it an anomoly. He'll be back and he'll crush.

Also they have outlined a few FA options at second base, if we consider moving Gleyber to short.

Re Machado: A player who adds wins (if indeed he would) doesn’t do anything for me if he erodes my desire to root for the team to win in the first place. Didn’t want Albert Belle then, don’t want Manny now.

Re “sticking” Sanchez at first: We’re talking about a guy who can’t corral dirt balls when he’s already crouching down in front of them. Now he’s going to start picking it?

On behalf of first basemen everywhere, let me protest this persistent notion that our skill position is really just a breakdown ward where you can “stick” people who aren’t cutting it somewhere else! Don’t believe me? Would you believe Brent Jennings as Fake Ron Washington?

10 & 11. I am not a Psychiatrist, but look at Sanchez back there and he doesn't look confident. He has a gun for an arm and calls a good game but when Tanaka is about to drop a split finger in the dirt with a runner on third, do you want Gary behind the diamond?

He can block balls in the dirt, but he just is not that consistent. There is a difference of being behind the plate and catching 130 pitches a game and playing first and handling the ball a whole lot less.

We need Gary for his bat, and I am not sure that he wasn't carrying his defensive woes to bat with him and vice versa.

It isn't as if we have had consistent production out of first bast lately. We should also be mindful of the fact that Sanchez broke down (groin) twice last year and catching is the most physically demanding position.

He had 18 passed balls last year and he missed what 8 weeks?

Sanchez has 40 passed balls and 22 errors the last 3 years and he was on the shelf for a lot of that time too. Ugh!

How about just keeping Sanchez where he is and getting his bat to work again like before, then letting all the other things fall into place? And if his defense still stinks, there's at least one catcher in the system that is identifiably worth waiting for, so it's not a no-win situation having Sanchez on the roster UNLESS his conduct becomes detrimental to the team; which I'm far more concerned happening with Machado than anyone else.

Seriously, he'll be good as an unofficial assistant pitching coach, good clubhouse guy (in the event they sign Machado) and 250 wins, 3K ks, ticks off the HoF ballot.

[16] One would hope so, but I fear there are many who feel that CC should wait for Mussina to get in first. That could take a while. Hopefully CC can replicate Moose's last season and go out with a bang as well; that would kill two birds with one stone.

[17] Moose is trending upwards, just shy of 2/3 now. Should get in in the next couple of years.

I love CC, but he is going to spend 6-8 weeks on the DL this year. A few years ago, he lost a lot of weight and blamed that on his lack of velocity, and gained it back (The weight, not the velocity).

It is just 8 mil, which is couch change for the Yanks, but that is also a roster spot.

I hope they can scoop up Corbin and I used to love how the Yanks did their business early and didn't wait for the market, but made quick decisive moves.

Now that McCullers is out for the year, I could see the Stros resigning Keuchel, but not sure what kind of cash they want to spend.

Boras is trying to get the Yanks in on Harper by saying he can play 1st base. No thanks Scott! Although I would rather have Harper than Machado.

I'm hearing that the Yanks are going to try to re-sign Britton instead of DRob. I think that is a mistake. Britton and Chapman are both left handers and I loved that Robertson could pitch multiple innings. He didn't have a great postseason, but he is a workhouse in the pen.

Britton seemed jittery and while he wasn't full on Sonny (shitting himself) Gray, he was not lights out. Maybe he settles in and is great again, but I would go with a proven guy like Robertson instead.