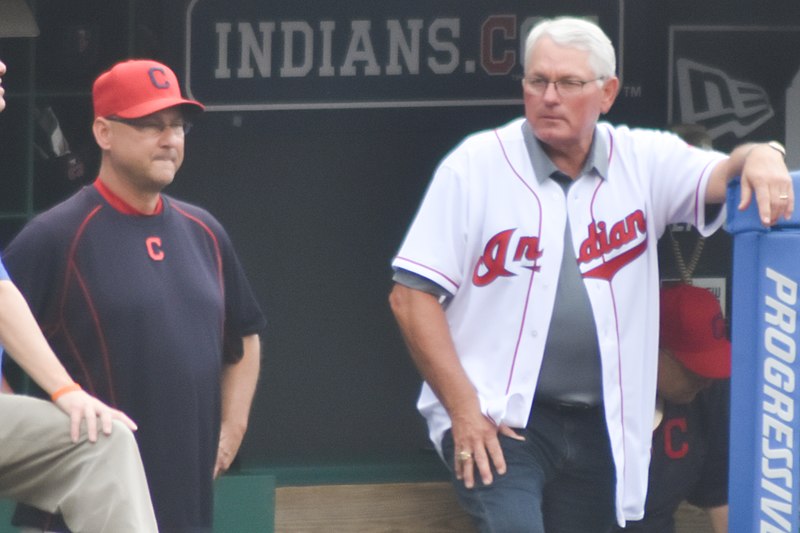 Here’s a fun discussion to have; one I was having offline that was suggested to me to post here: what managers really have “juice” these days? Not PEDs of course, but respect; the kind that allows them to call the shots in the dugout without too much input, oversight or meddling from the GM and front office? There have been many discussions about the true role of the manager in the Age of Analytics, and how the importance of the manager has either diminished or shifted to other points of interest.  I thus made an impromptu list of current managers and ranked them by service time, how many rings they’ve won, how many times they led their team to a championship series and the general perception likely by players, fans and others around the league.

The topic arose, ironically, from the latest news reports about the Houston Astros cheating scandal and former manager A.J. Hinch’s role in the whole story. The general conclusion was that Hinch, who was contrite in apologizing for not doing enough to discourage the cheating that MLB investigated and concluded in a mostly direct report, yet seemingly danced around a direct question about the use of wearable tech by players, would likely never manage again in the majors due to his apparent show of weakness among veteran players and his drop in credibility. Depending on the results of the ongoing investigation of the 2018 Red Sox due to their association with Alex Cora and how he reportedly continued his cheating methods as manager, Cora could also likely be blacklisted as a manager of a MLB team, if not worse.  Also, with Carlos Beltran continually being outed for his role and impact on other players, Beltran could stand to lose the most from the scandal when all is said and done.  But what is most telling is the role the front office reportedly had in both initiating and implementing the cheating in the first place, and how that impacted players who either played along or protested against the cheating.  Former GM Jeff Lunhow is very likely out of MLB anything for good, due in part to his alleged oversight of the whole operation (and the fact that he denied any knowledge whatsoever), and also due to the fact he has virtually no supporters in other organizations;  many people disliked his personality and hubris.

With all that said, do any managers really have power within the organization to lead or direct players in any capacity beyond writing their names on the lineup card and implementing analysis that was cooked up by a GM and his analytics department? Is there more to it than that and managing personalities anymore? Are managers more than notebook carriers and soothsayers for impressionable young stars in the making? Are style, personality, managing or coaching experience (particulary in the majors) and verifiable results actually unwelcome aspects when considering hiring a new manager in this day and age?  Could a Rob Thomson or a Hensley Meulens ever get a manager job over a recently retired player or even a quality assurance coach?

Here’s the list of current managers for each team (courtesy of BR Bullpen):

I underlined the managers who’ve managed more than one team (I would say no less than five years total experience, probably averaging ten) and boldened managers who’ve taken their teams to the Championship Series in their respective leagues.  Out of the ones who’ve achieved both distinctions, I would say six have some juice as managers:
The first three have won a World Series (Francona twice).  Dusty is the top guy without a ring, followed by or perhaps tied with Boone (largely on two 100-win seasons managing the Yankees), Gardenhire, Mattingly, Matheny and Melvin.  The last three are more or less legacy hires and could be ranked under both Dave Roberts and Dave Martinez (who just won a ring), were it not for the fact that they are largely guided by their front offices (Martinez is arguable).  You can say that Mattingly has more juice than Gardenhire based on his notable playing career alone, but Gardenhire has a longer track record as a winning manager. Neither are managing good teams right now, either. Craig Counsell, Kevin Cash and Bud Black are probably the only managers left with discernible cache, the rest are either newbies or also-rans. Bud Black, Ron Roenicke and maybe Rick Renteria are the only guys I would consider retreads (I don’t count Dusty, Melvin and Matheny because of their playoff experience), but even those three have a serviceable amount of experience to consider, and in Renteria’s case a championship ring that was given to him by the Cubs in honor of his service as manager for a rebuilding team that won the championship after he was unceremoniously dumped for another (i.e. more-respected) manager.  Also for what it’s worth, Luis Rojas has gotten a lot of surprise support from current Mets players and other former players and current coaches who worked with him and for in the minors where he managed for several years (winning a championship for the Sallie League Savannah Sand Gnats in 2013), but more to the point he’s the son of well-respected former manager and player Felipe Alou and brother of Moises, Jose and Felipe Jr.; so the Mets are obviously banking a lot on Felipe Sr’s genes being solid and that his managerial knack has rubbed off on him as well…
And there you have it. The list is fairly malleable; depending on how first year managers prove to be in their overall style of leadership and of course results (Baldelli could move up the list as much as Counsell can go down), but this in my opinion is a fairly representative ranking of current managers and the respect they garner from  around the league and from fans alike. It would be interesting to see a scientific poll taken among current players and organizations alike, but that’s likely too much fuel for an unnecessary fire so early in the season.  However, fans and media alike could speculate all year, so lets kick off the discussion and see where it goes.

Nice write up Chyll. I question Boone's inclusion, mainly because of lack of longevity.
BTW, what's your take on the playiff change suggestions?

[1] I'm not a fan of reality TV, so the choosing your opponent aspect of it is a no-go; reminds me of an ugly cross between The Bachelor and Pokemon (Dodgers: "COLORADO ROCKIES I CHOOSE YOU, GO!!!" *Nolan Arenado gets beaned with a 4-seamer by Clayton Kershaw*) The bottom line to me is that owners are looking for ways to stir the pot and make more money; the level of competition doesn't truly matter to most of them as much as the idea of making the playoffs and extending their season so they can capitalize on game tickets.

Okay, let the fans tear each others' heads off about who's better. But does that improve the level of competitiveness among teams? Are we going to see the cream of the crop or are we going to see some crumbs sneak in, go on a hot streak and win by chance? By rewarding mediocrity, there's little incentive for teams to build strongly competitive rosters and utilize the best players they can grow or acquire over the long run. You might notice a dip in the quality of play over several years as everyone stays close to the pack and take a chance on getting in with as little spending of capital as possible, or you might end up seeing "Dynasty By Default" teams that nobody can ever get past because they build while others don't. What do the numbers mean at that point? To me, it's a quick fix proposal with long-term unintended consequences they might just be hoping don't happen.

Long term, baseball wants to expand. There's no reason to do that if existing teams don't have the incentive to build. And 162 games is way too many to watch or follow a team play mediocre ball on the hopes they sneak into the playoffs and go on a run.

My view ultimately aligns with Bradford Doolittle and Joon Lee in this ESPN discussion article...

[1] Also with Boone, you have to take into consideration that the Yankees are one of the top organizations in MLB, and given their success up to and including Boone being manager, just about anything they say or do has a lot of sway around the league. And again, winning 100 games in your first two years gives Boone a lot of latitude, just as it did for Girardi when he led the team to a championship in year two of his tenure. Boone pushes a lot of the right buttons with his crew and it shows.

[3] Boone certainly was a better game manager last season, I don't recall as many 'WTF is he doing with the bullpen' moments.

Hard to believe the Cubs went from Maddon to David Ross (as anyone benefited more from ONE home run? Maybe Bill Mazeroski?)

And why Gabe Kapler keeps getting hired is a mystery.

So the 3 batter minimum... how can that be enforced when it is allowed to remove a pitcher at any point due to injury or illiness? I suspect we'll start seeing some Neymar impersonations. :/

[5] How about this: if a pitcher is removed for injury without having faced the minimum, they have to be placed on a reserve list for five games (unless they are placed on the IR by the start of the next game). That should likely minimize the abuse.

It will be very interesting to see what Maddon does with team that has a loaded line-up but absolutely no pitching to speak of.

Cody Bellinger straight up blazed the Astros today, which honestly was refreshing to hear. No cutesy shade-throwing, no passive-aggressive threats, just went in. And since he’s seeing things from all the way out west, for him to say Judge should have won MVP rings a lot of bells; how many other players were thinking the same thing when thinking about the Astros possibly or knowing that that they cheated back then? If Aaron come out playing large at the beginning of this he season, he could likely be the face of justice, pun or no pun. As I’ve said all along, this is gonna be an interesting season...

The more I read about the Astros, it seems like it was Front Office driven. I could see the three guys getting managers jobs again. A-Rod for frigginsake is on SNB. And could front a group to buy the Mets. Lunhow, if he was the architect should be blackballed.

Astros should expect to be wearing seams this year. Especially Altuve.

I wonder what would happen if all of baseball just freezes them out the entire season. No batting cage banter. No dinner after games etc. Just straight up zero contact whatsoever.

Everything I’ve read seems to indicate that all the non Astros are super pissed. And the more I read about the whole thing the more angry (as a Yankee fan and a baseball fan) I seem to get.

Saturday, 1 pm, Blue Jays at Yankees.
Yankees don't face the Cheatos until May.

Uh oh, "minor issue" with Judge's shoulder. Might as well put him down now to end the suffering.