In Memory of Henry Aaron 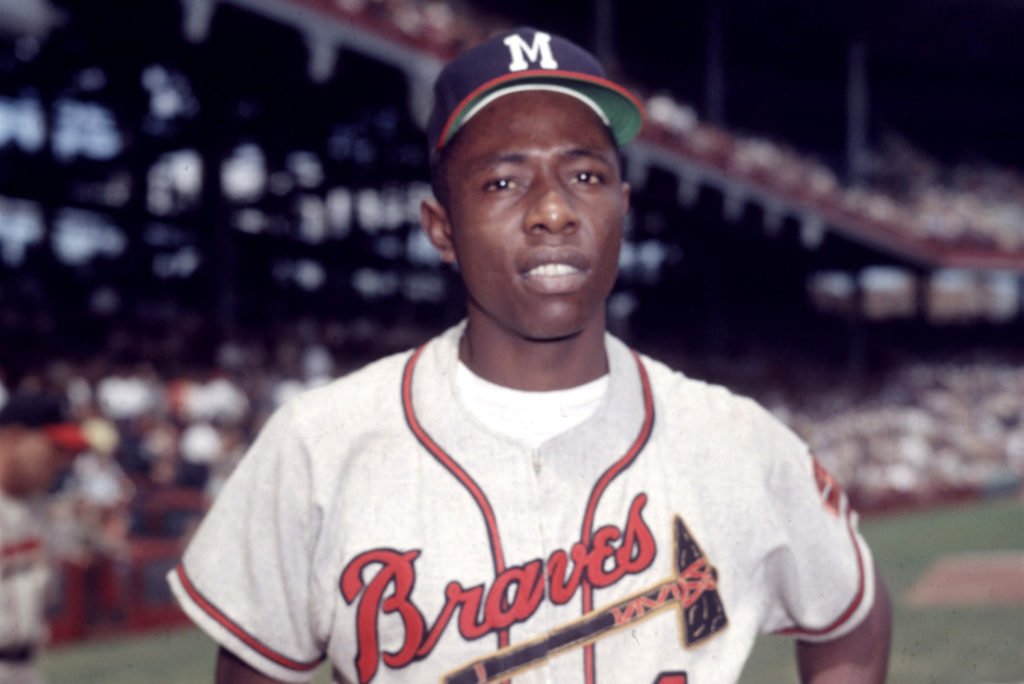 From the time I was old enough to hold a bat, my heroes were always baseball players, and Hank Aaron was the first. I was only four years old in April of 1974 when he hit his historic home run to pass Babe Ruth, so if that moment was spoken of in my home, I don’t remember it, but it wasn’t long before my mother put a slim paperback book in my hands, The Home Run Kings: Babe Ruth and Henry Aaron. It was the first of many books I’d read about Aaron, and it would deepen my love of the game while kindling a love of reading, two passions that have never left me.

When I saw the news of Aaron’s passing this morning at the age of eighty-six, I thought about that first book and what Aaron has meant to me.

It begins, obviously, with his name. When I was a boy, there were only two people I knew who shared my first name. My father, who stood in a frame alongside my mother in a picture from their wedding day, and Hank Aaron. That was it.

One biography led to another, and soon the stories and statistics began to fill my head as if they were my own memories. I learned that he had been born in 1934 in Mobile, Alabama, and had taught himself how to play, the same as I had. (I even took more than a few swings cross-handed, with my left hand above my right the way he had before someone set him straight.) I worried for him when I read about his leaving home at the age of 18 with nothing but two dollars and two sandwiches for the train ride to Indianapolis where he’d play in the Negro Leagues for a time with the Indianapolis Clowns.

Before long he was in the major leagues with the Milwaukee Braves, and he quickly developed into one of the best players in baseball. Aaron’s game matched his personality. He was quiet off the field, and quietly great between the lines. We know him now solely as a home run hitter, but he was brilliant in all phases of the game. If steadiness can be dazzling, that was Aaron. He built his mountain of home runs with workman-like consistency, never once hitting as many as fifty home runs in a single season but only twice falling short of thirty from 1957 to 1973. He kept his head down, both figuratively and literally, as he hit all those long balls. Aaron once said that he had never seen a single one of his 755 home runs land, choosing instead to put his head down and circle the bases. That story may or may not be true, but it fits the man and player he was.

Aaron’s greatest accomplishment, his pursuit of Babe Ruth’s career home run record in 1973 and ‘74, was one of the darkest times of his life. Ruth was more than just a baseball player, he was a myth, and there were those in the American South (the Braves had relocated to Atlanta in 1966) who couldn’t stomach the idea of a Black man eclipsing a white icon. The hate mail was horrific, and the death threats were frequent. Just six years after the assassination of Martin Luther King, those death threats were taken seriously. When you watch the clip of Aaron’s historic 715th home run and you see the crowd of fans spilling out of the stands and onto the field, it’s easy to see it as just a celebration; Aaron later admitted that he feared for his life in what should have been the crowning moment of his career.

His stature in the game is secure. He is one of the five greatest hitters ever to play in the major leagues (Ruth, Williams, Mays, and Bonds are the others, end of discussion), but his legacy was ironically solidified when Barry Bonds pushed past him with his 756th home run in 2007. Everyone knew what was going on, and everyone knew that Bonds’s record was tainted, but after Bonds circled the bases that night, there was Aaron on the video scoreboard, praising the new home run king for his “skill, longevity, and determination.” And there was more: “My hope today, as it was on that April evening in 1974, is that the achievement of this record will inspire others to chase down their dreams.”

I hit only one home run in a baseball career that ended at age fourteen, but Aaron still inspired me to chase down my dreams. I never saw him play a single game, but he was still my hero.

My dad and I met him at a baseball card show when I was fifteen. He was probably the same age then as I am today, and he sat at a table before a long line of memorabilia hounds. Sometimes the signers at these events would chat a bit with their fans, but Aaron was keeping his head down as usual, signing one item after another, baseballs, bats, and photos. No conversation.

But when my turn came and I set down a glossy 8×10 for him to sign, my dad couldn’t help himself.

My hero paused, then looked up at me with a smile and said, “Nice to meet you.” 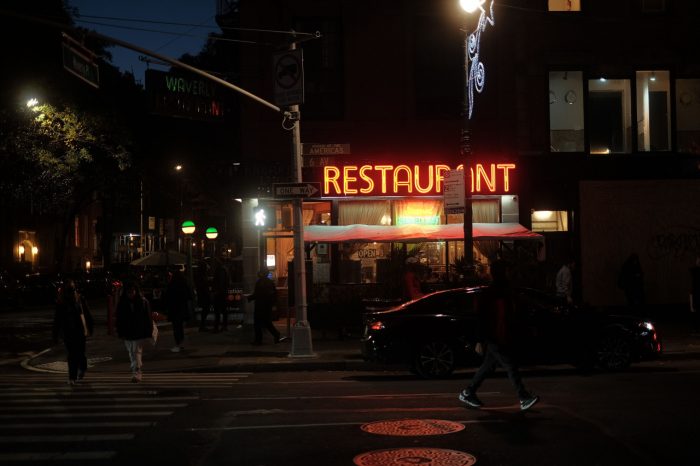 As the pandemic continues to grip the country and insurrection is the mood of the moment, baseball still seems completely irrelevant to me, though I admit to keeping one eye out for trade news. It’s funny to think back on the Hot Stove League with nostalgia as it is a thing of the past, Francisco Lindor-to-the-Mets-notwithstanding.

But it looks as if the Yanks have finally gotten off the schneid: Corey Kluber for one year; DJ LeMahieu for six.