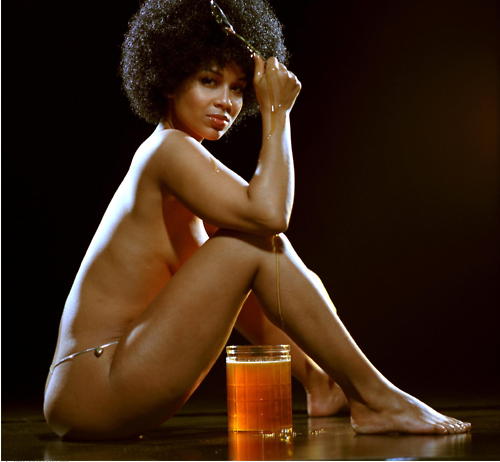 Observations from Cooperstown: DeRosa, Aceves, and The Classic

When a team plays well for an extended stretch of games, the intensity of the rumor mill tends to lessen. That’s certainly been the case for the Yankees, who have played well for the last month in taking a share of the top spot in the American League East. The only prominent name that I’ve heard linked to the Yankees in recent weeks is Cleveland’s Mark DeRosa, a player that the Cubs foolishly traded over the winter for three middle-of-the-road pitching prospects. Ravaged by injuries, the Indians are going nowhere in the AL Central. DeRosa is 34 years old and just a few months away from free agency; he is almost certain to be traded sometime between now and July 31.

So should the Yankees make a play for DeRosa? I’d say yes, but within reasonable limits. Let’s begin with DeRosa’s potential contribution. As well as the Yankees have played since Johnny Damon hit that three-run homer on a Sunday afternoon against the Orioles, their bench remains mediocre at best. Francisco Cervelli and Brett Gardner have been assets, but the Yankees have received precious little offense from their backup infielders and have virtually no power in reserve—at least until (or if) Xavier Nady returns. DeRosa would solve the latter two concerns. He can play third, second, or first, along with the outfield corners. He has above-average power, along with a team-first grittiness that would play well in New York.

Yet, the Yankees should be conservative in what they offer for DeRosa. After a career year for the Cubs in 2008, DeRosa brought back only three mid-level prospects on the trade market. In the midst of a mediocre campaign with the Indians, DeRosa’s value has decreased further. I might be willing to give up two young pitchers—pick two from a group that includes Anthony Claggett, Jonathan Albaladejo, Edwar Ramirez, and Christian Garcia—but no more. I’m not giving up Mark Melancon, or Alfredo Aceves, or even an injured Ian Kennedy. DeRosa would help, but he’s not currently worth a price tag involving any of those right-handers. If the Indians insist on any of the three, I’d suggest that Brian Cashman hang up the phone…

END_OF_DOCUMENT_TOKEN_TO_BE_REPLACED

This was the other “Massacre.” Most Yankee fans remember the celebrated “Boston Massacre,” that remarkable four-game sweep of the Red Sox during the heat of the 1978 AL East pennant race. The other massacre took place 35 years ago, had nothing to do with the rival Red Sox, and involved nearly half of the Yankees’ pitching staff in 1974. And it remains a matter of debate to this day.

Considering that the Yankees used a ten-man pitching staff in April of 1974, the idea of giving up four hurlers and receiving back only two did not go over well in the Yankee clubhouse. “I can’t believe this trade,” said outfielder Bobby Murcer, who normally did rock the boat so noisily but was visibly upset with Paul for losing confidence in a team that was a mere half-game out of first place. Other veteran Yankees joined in the chorus of disapproval. “You don’t trade four pitchers,” said senior staff member Mel Stottlemyre. “You just don’t.” The most outspoken of the Yankees, Thurman Munson, offered one of his typically blunt pronouncements in assessing the deal. “They’ve got to be kidding,” said Munson, who now had more work to do in familiarizing himself with two new pitchers.

A majority of Yankee fans seemed to agree with the public opinions expressed by the team’s leaders. Hundreds of angry fans flooded the team’s switchboard with calls of complaint. When Chambliss, Tidrow, and Upshaw made their first appearances at Shea Stadium (the Yankees’ temporary home), they received a barrage of boos from a group of not-so-adoring fans. Clearly, Chambliss’ great mutton chops did not appease the Yankee faithful.

Members of the New York media also joined in the refrain. Why did the Yankees surrender so many pitchers in one trade? Why would they give up Buskey, who had been named the team’s outstanding rookie during spring training? And why did they trade for a first baseman when they really needed a second baseman? The 1974 edition of the Yankees struggled to find a middleman. They had started the season with an aging Horace Clarke but would eventually purchase mediocrities Sandy Alomar and Fernando Gonzalez. Neither would provide an answer at second base; that would have to wait until Willie Randolph’s arrival in 1976.

The all-encompassing criticism of the Chambliss trade did not bother the Yankees’ president and GM. Paul had already achieved a comfort level in making trades with the Indians, the organization that he had previously run. Over the past two seasons, Paul had made direct deals with Cleveland for Graig Nettles and Walt “No-Neck” Williams, while also adding ex-Indians Duke Sims and Sam McDowell. “I think we got an outstanding first baseman in Chambliss,” Paul said proudly. “[He’s] a fellow who could be our first baseman for ten years.”

Chambliss would eventually solidify the Yankees at first base—and clinch the American League pennant with a Championship Series-ending home run in 1976—but he flopped badly in 1974. In 400 at-bats, Chambliss batted only .243 with a mere six home runs. He reached base less than 29 per cent of the time and slugged .343. If anything, Chambliss’ poor performance might have cost the Yankees the AL East title, as they fell just two games short of Earl Weaver’s Orioles.

Chambliss was the headliner acquired in the “Friday Night Massacre,” but it was another player who would bring more immediate dividends to New York in 1974. Right-hander Dick Tidrow, one of the most versatile pitchers of the seventies, made 33 appearances for the Yankees that summer, including 25 starts. His ERA of 3.87 was not particularly good for that era, but he did log 190 innings, pitched five complete games, and represented an improvement over the fading Fritz Peterson. For what it’s worth, Peterson, Kline, and Beene all flopped for the Indians that summer, leaving Buskey’s good work in relief as the sole salvation of the deal from Cleveland’s standpoint.

While the long-term benefits of adding Chambliss and Tidrow are undeniable—both became important complementary pieces to the Bronx Zoo dynasty—the questions about 1974 lead to a much murkier answer. Would the Yankees have won the AL East in ’74 if they had not executed the “massacre?” Without Chambliss, the Yankees might have given a longer look to top prospect Otto Velez, a power-hitting first baseman-outfielder who was buried at Triple-A Syracuse. As Steven Goldman and other historians have pointed out, Velez may have been more productive than Chambliss in the short term. And with Buskey in the bullpen, the Yankees would have had a set-up reliever just as capable as the sidearming Cecil Upshaw, who helped out Sparky Lyle in the late innings.

It’s a tough call. Maybe Munson, Murcer, and Stottlemyre were right about the Friday Night Massacre. But, then again, they were only right for 1974.