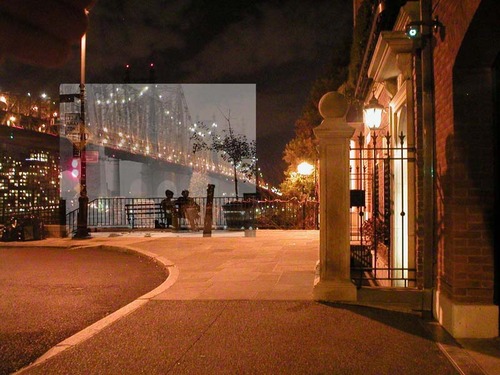 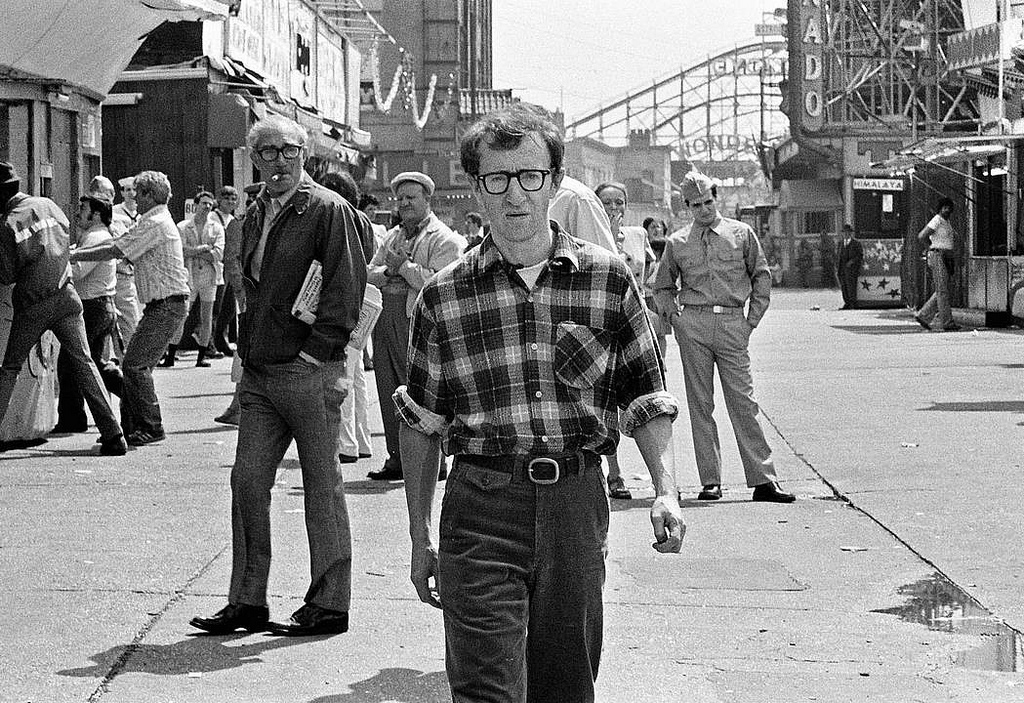 If you love movies you need to bookmark the terrific tumblr site, Cinephilia and Beyond. For starters, check out this great post on the Wood Man, which includes two rare interviews. 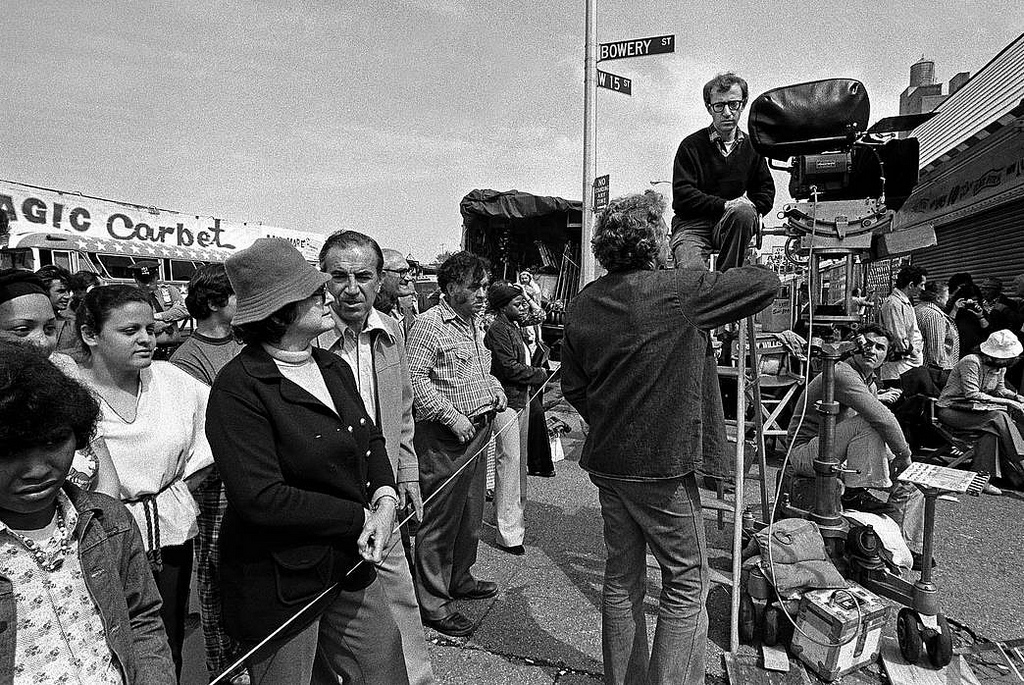 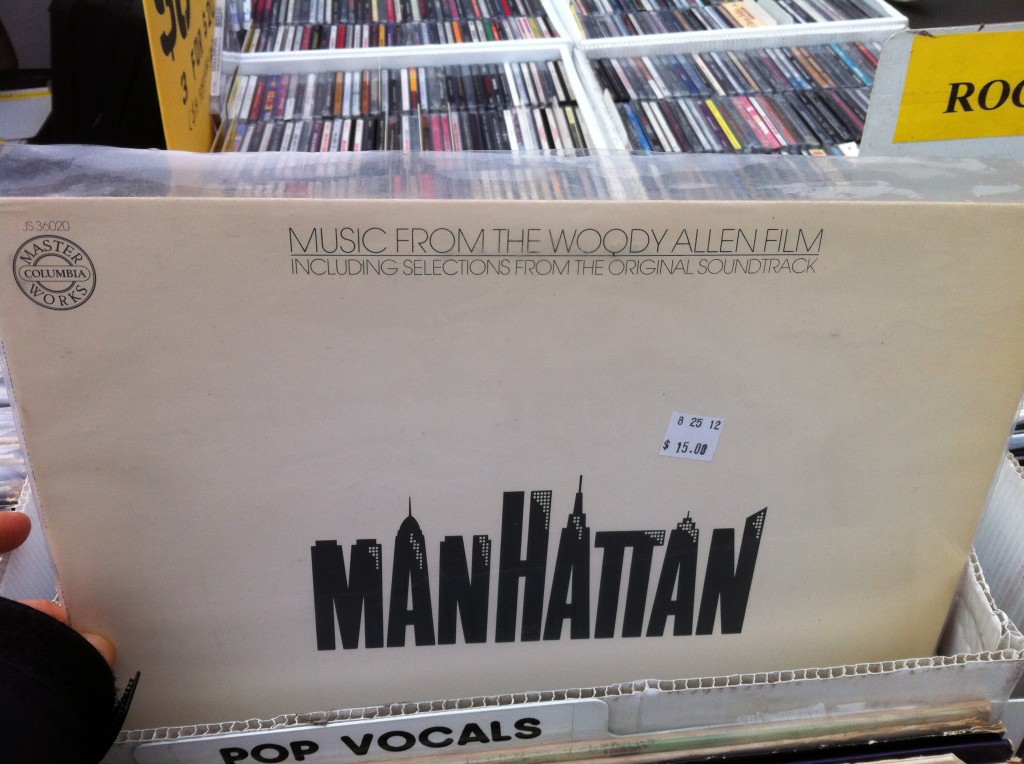 Isaac: “Yeah, a real self-destructive impulse. You know, I want
to write a book, so I, so I … Has anybody read that
nazis are going to march in New Jersey, you know? I
read this in the newspaper, we should go down there, get
some guys together, you know, get some bricks and
baseball bats and really explain things to them.”

[Man]: “There was this devastating satirical piece on that on the op-ed
page of the Times. It is devastating.”

Isaac: “Well, well, a satirical piece in the Times is one thing, but
bricks and baseball bats really gets right to the
point.”

Isaac: “No, physical force is always better with nazis. Cos
it’s hard to satirize a guy with shiny boots.”

Dennis: “Excuse me, we were talking about orgasms.”

Mary: “Oh no, no, please, give me a break. I’m from Philadelphia, we
never talk about things like that in public.”

Isaac: “Yeah, you said that the other day, I didn’t know what
the hell it meant then either.”

Dennis: “I’m just about to direct a film, of my own script, and the
premise is this guy screws so great …”

Dennis: “… screws so great that when he brings a woman to orgasm she’s
so fulfilled that she dies. Right, now this one,
excuse me, finds this hostile.”

[Younger Woman]: “I finally had an orgasm and my doctor told me
it was the wrong kind.”

Isaac: “Did you had the wrong kind, really? I never had the wrong
kind, never. My worst one was right on the money.”

He adored New York City. He idolised it all out of proportion.

Great shot of Yankee Stadium in this sequence.

Since July 4th was Louis Armstrong’s birthday (and even if it wasn’t his official birthday, play along), let’s dedicate the rest of the week’s beats to him. Here’s one of Woody’s favorites: