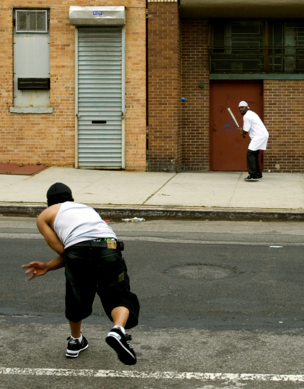 There is an empty building on Walton Avenue in the Bronx. Four families were living there just last week, but they’re gone now and no one is sure exactly where they went.

Some may be staying with relatives in Astoria and others might be with friends in Washington Heights. It’s said that a few are already on their way back to Mali in Western Africa.

One of the men stood on the sidewalk and cursed the building when the bank was closing in. His family and his brother’s family along with two others had put nearly 10 years into a down payment. They drove cabs and worked construction and delivered pizzas and on Saturday and Sunday mornings they waited along Third Avenue for a van to take them to work at a warehouse in Red Hook or a fruit farm Upstate.

They moved into their home four years ago and thought it was forever, but time ran out just like it has for so many other families. They left in the middle of the night and piled what they couldn’t carry – several boxes of books, four chairs, two tables, a lamp and an old mattress – at the curb.

Two boys from the neighborhood found a use for the mattress.

“You try to block the plate,” one of the boys yelled from up the street.

The other boy turned his hat backwards and crouched in front of the mattress. A collision was avoided when the catcher stepped aside and swiped a tag.

“Safe!” the runner shouted as he slid across the mattress.

“I tagged you,” the catcher shot.

No one was going to win this argument. And no family feels safe on Walton Avenue or anywhere else these days.

[Photo Via It’s a Long Season]