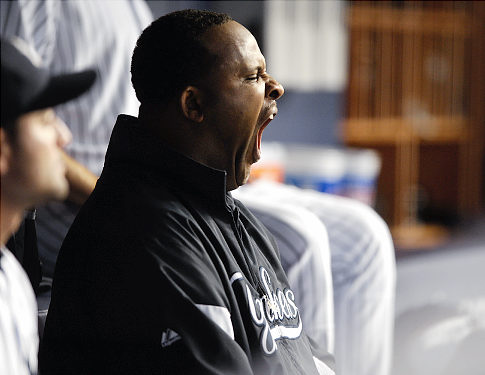 Over at New York Magazine, Will Leitch weighs in on the Yanks:

This year has been monotonous, dull, and seemingly preordained, which is to say it has been the platonic ideal of a Yankees season. The last time the Yankees weren’t in first or second place in the AL East was April 8, when they were a game and a half behind the Blue Jays. The rest of the season, the team has been comfortably ensconced in playoff position, knowing, without much doubt, that they would be playing into October. There were a few bumps along the way, but minor ones, nothing to concern anyone. Some Yankees fans might grouse about the rotation, but all any fan can hope for his team is to secure a spot in the postseason, and the Yankees have had theirs secured for months. Most of the year has felt like one long twiddling of thumbs until the weather started getting cold and the games started mattering again.

If this sounds familiar, it’s because that’s what the Yankees 2010 season was like. And it’s what the Yankees 2009 season was like. For three consecutive years, the Yankees’ regular season has been an amiable slog. Since the 2008 season, the one year the Yankees missed the playoffs entirely (a disappointment the Yankees took in understated stride, spending $423.5 million on three free agents and opening the following April one of the most extravagant, expensive sports stadiums in the world), the Yankees haven’t had to worry about that happening. They haven’t had to worry about anything. It’s all you could want. Three boring, easy, calm, dominant years when drama is at a minimum. Boring, easy, calm, and dominant: This is becoming the signature trait of the Joe Girardi era. I feel comfortable now calling it an era.