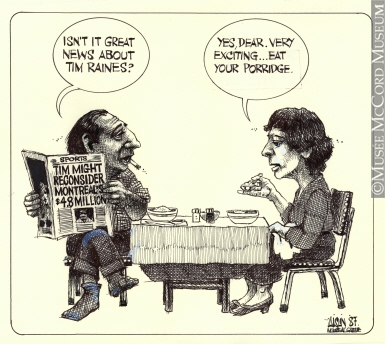 Over at The Classical, our pal Eric Nusbaum has a piece on the Hall of Fame:

Consider Tim Raines. He is the poster-child for Hall of Fame advocacy in the age of the internet. He was an undeniably great ballplayer. In Rock, he had a cool nickname. If I voted, Tim Raines would have been inducted inducted already. But for whatever reason—maybe because he doesn’t have those 3,000 hits—Tim Raines remains a long ways from that 75 percent threshold. Leading Expos nostalgist and 21st century baseball maven Jonah Keri has made a million compelling arguments in favor of Raines’ nomination and even helped create a website dedicated to his Hall candidacy. As if anybody outside of a Port St. Lucie hotel bar in March ever had a kind thought about the Baseball Writers Association of America, Keri has called Raines’ stalled candidacy a “damning statement on the cognitive abilities and biases” of the voters.

What’s obvious in all this is that it should not require high-level statistical analysis to appreciate Tim Raines as a special ballplayer. Nor should Raines’ legacy require the paternalistic approval of a bunch of writers who after a long season spent spinning melodrama from banality make it their business in the winter to draw sacred lines at some arbitrary point between goodness and greatness. Like all of the awards in baseball, induction into the Hall of Fame is purely subjective. The wall that Keri and company are banging their heads against on behalf of Tim Raines is invisible. And the best outcome of all that banging exists entirely apart from the Hall of Fame. The best outcome is that baseball fans are reminded—or even informed for the first time—about the dynamo that was Tim Raines.

It’s not lost on me that if the Hall of Fame stakes weren’t there, the Tim Raines appreciation society might not get the same amount of public attention. But that’s exactly the problem. Instead of appreciating baseball for all it offers and enjoying its stars for all they give us—which really is so much—we chose to give ourselves ulcers over the injustices committed by the BBWA. Yes, there is something to be said for tradition. Ballplayers emoting on the podium in Cooperstown in August makes for stirring television. Though not nearly as stirring as the thought that Ron Santo, who by all accounts wanted enshrinement more than anything, had to die before finally getting enough attention to merit entry via the backdoor that is the Veteran’s Committee. 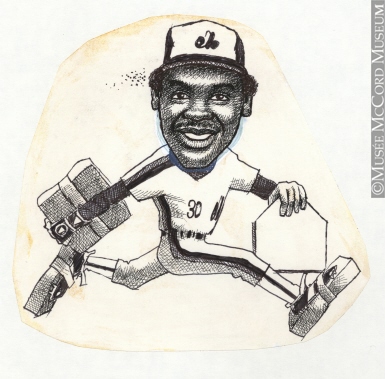 i'm a huge rock raines fan and advocate for the hall. it's disgraceful he isn't yet and has gotten such little support. here's hoping he makes like blyleven but in even less time!

I agree but will not hold my breath.