My Ears Are Bent 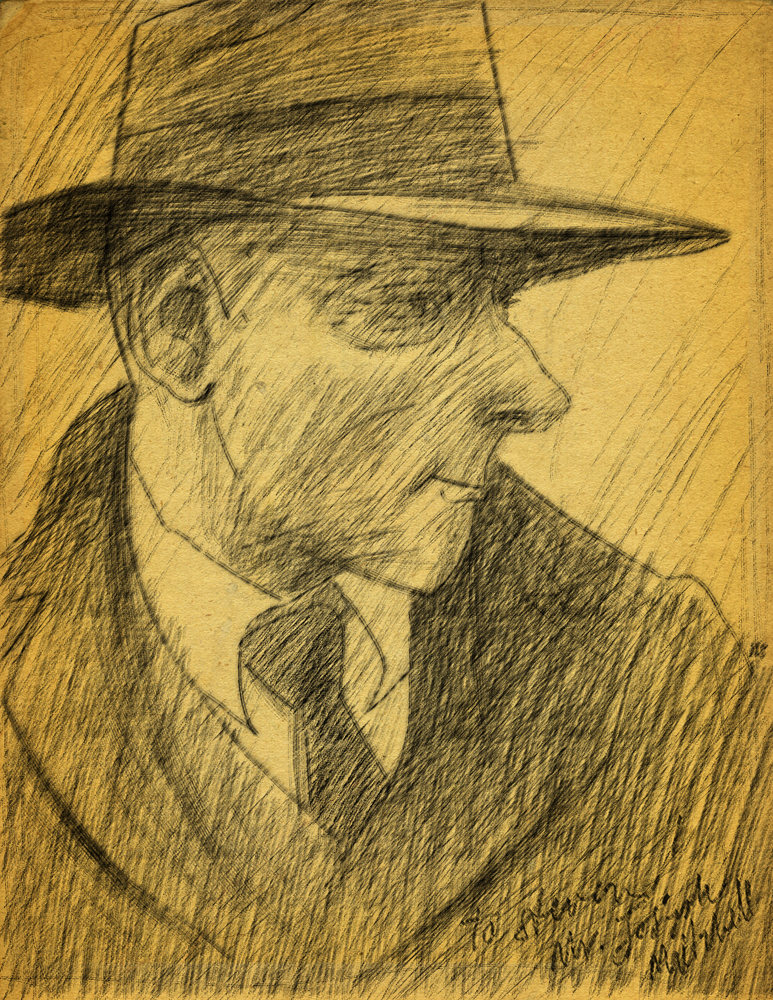 Here is a column that our friend John Schulian wrote about Joseph Mitchell for MSNBC back in 2001. Enjoy. 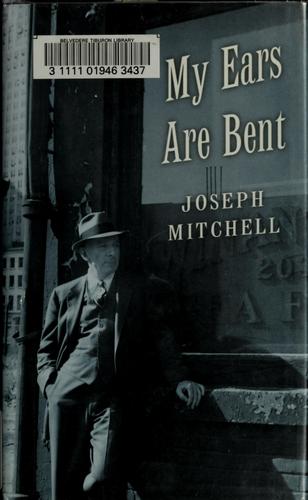 Not a holiday season arrives that I don’t think of a gray, clammy day long ago on Baltimore’s waterfront and a lost soul who told me about the woman who had given him his only gift in years: a Christmas card. It was just the sort of story I was looking for when I was making my bones as a newspaper reporter, and now that I have a better understanding of the forces that drove me, I imagine it was a story that Joseph Mitchell would have gravitated to himself. If you don’t know who Mitchell is, or even if you do, the following is my gift to you.

In a perfect world, of course, I’d put fancy paper, ribbon and a bow on “My Ears Are Bent,” a collection of his newspaper features from the 1930s that came back into print this year after a criminally long time as a used-book store treasure. Devotees spent years searching for it in the past because, frankly, Mitchell was worth the trouble -– one of the 20th Century’s most remarkable journalists without being a scandal-breaking Washington muckraker or a dashing, trench-coated foreign correspondent. His specialty was chronicling New York’s human exotica: pickpockets and wrestling impresarios, tinhorn evangelists and burlesque queens, counterfeit royalty and watermen who bragged of sitting down with a friend to eat a barrel of oysters on the half-shell after dinner. And hold the sauce.

Every once in a while, Mitchell would slip and interview a celebrity–the lusty Jimmy Durante, for example, or the memorably rude George Bernard Shaw. But he seems to have always atoned by finding a character like the hooker who explained her calling thus: “I just wanted to be accommodating.”

Mitchell’s greatest affection may have been reserved for saloonkeepers and their well-oiled customers, which leads me to believe he would have liked the characters I chanced upon shortly before Christmas 1973. I never learned the most important one’s name; to me, he was simply The Flier because he claimed to have flown jet fighters in the Korean War. If The Flier had anything resembling a benefactor, it was Uncle Pete Drymala, who ran a bar called Pete’s Hotel. And then there was the girl who had given The Flier his Christmas card the year before. He had to pull the card out of his pocket so he could tell me her name. Francesca–that was it.

The Flier, Uncle Pete and Francesca dwelled by the docks in an area called Fells Point, which had been spared from the Great Baltimore Fire of 1904 and from being plowed under when I-95 was built. Its reward for surviving, if a reward is what it is, now includes gentrified rowhouses and dives turned into bistros where, according to one review, the cell-phone generation can enjoy “honey-colored beer, steamed shrimp and sushi.” But all that has come to pass since The Flier wandered its cobblestone streets.

Back then, Fells Point was blissfully down at the heels, crawling with merchant seamen who figured no night was complete unless they got drunk, got in a fight, and got lucky with a local sweetheart. The Flier fit in perfectly, drinking white port wine that he bought for $1.25 a fifth, tax included, and pausing only to sleep in boarded-up buildings or to warm himself by the radiator in Pete’s Hotel. He drank at Pete’s, too, and when he got out of hand, Uncle Pete would 86 him, even at Christmastime.

There was an Edward Hopper quality about The Flier’s existence, and I see the same thing when I read Joseph Mitchell. The bleak, the stark and the unforgiving become somehow beautiful because they are in the right hands.

Story after story in “My Ears Are Bent” vibrates with Mitchell’s sense of wonder, for he was a young man out of North Carolina when he wrote them for two New York dailies, the Herald Tribune and the World Telegram. Soon after his anthology was originally published in 1938, he hired on at The New Yorker, where he remained until he died 58 years later, by then a seminal figure in literary journalism. The mature Mitchell’s grandest achievements can be found in a collection called “Up in the Old Hotel,” but as artful and profound as those pieces are, they can’t match the urgency and delight of his newspaper reportage.

At the dawn of his career, I imagine he felt the same way I did when I was breaking in at the Baltimore Evening Sun. My reporter’s notebook was a ticket to the kind of adventures most people with college degrees don’t have. I got tear-gassed by state troopers breaking up an anti-war protest. I heard a mother’s anguished cries after a shantytown fire at five in the morning. I latched onto pool hustlers who spun yarns about fleecing bus drivers and tobacco farmers. And I went looking for Francesca after The Flier showed me that Christmas card.

My search led me to Pete’s Hotel, and to Uncle Pete, who cashed the meager check the government sent The Flier every month, then watched out the front window as the inevitable happened. Sometimes The Flier drank up his money, other times his fellow stew bums stole it. Uncle Pete told him not to put all the money in the same pocket, but The Flier never listened.

It was hardly a scenario to generate Christmas spirit. Uncle Pete, however, wasn’t opposed to proving one of Mitchell’s pet theories: “…the saloonkeeper is apt to know the address or hangout of any citizen dopey enough or unlucky enough to be of interest to a great metropolitan newspaper.” He pointed at a woman sitting at the bar with three beer glasses in front of her, one full, one half-empty, one dead. It was Francesca.

She had made 30 the hard way, living on unemployment when she wasn’t stripping, but there was still a soft spot in her heart, and it was The Flier who found it. “I get mad at him when he sits out there and drinks all that lousy wine,” she told me. “But that don’t keep him from being a good person. He’s always been a good person, and he don’t bother nobody. That’s why I gave him the card. I gave it to him out of my heart.”

The sentiment was perfect for the season, and there was no diminishing it even when Francesca killed her second beer with a deep swallow and a belch. My head spun with the possibility of reuniting her with The Flier. The idea was so melodramatic it would have sent Mitchell running, but I clung to it until I realized The Flier had wandered off to a place that defied finding. It was just as well. He and Francesca had connected long before I stumbled into their lives, and the memory would get them both through another Christmas. 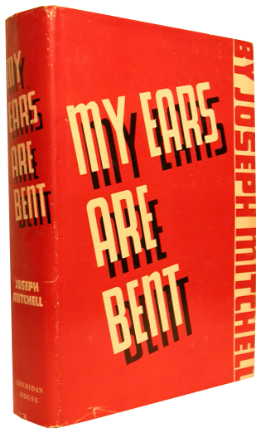 You can buy “My Ears are Bent” here. And here is an excerpt. Finally, here’s a review of “Up at the Old Hotel” by Schulian for the L.A. Times.

Tags:  Joseph Mitchell  my ears are bent  the herald tribune