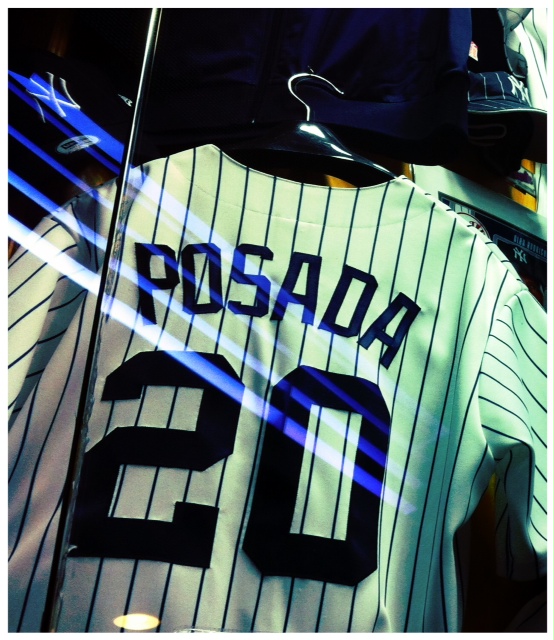 Tom Verducci and Rob Neyer write about how underrated Jorge Posada was during his career.

this is a great line from verducci piece, about derek & jorgie being called up to the bigs:

"Back then, the two of them would commute from a hotel in New Jersey to Yankee Stadium in a Dodge Neon."

It's nice to see all the luv coming out for Po ... and he deserves it. Certainly his work on the field seems to overshadow his work off the field, his foundation, which when looked at in the great scheme of things, has had a much greater impact on the world then any individual athelete could.

Little Jorge has had what? 7 operations? On his skull? How brutal is that for a kid... and devastatingly scary for the parents? My guess is there are a bunch of people who think Jorge is a hero, who might not even know what baseball is.

I distinctly remember after 1996... when I thought about our 'Core', that they were just kids and would fuel this team forever!!!! and know foreven is on upon us.

There is a lot of talk now about the 'Core 4' but what... no love for Bernie? To me, there was always 5. And all this has me wondering what happens after '13 (or '14) when Jeter, the last of this era, hangs 'em up. Man!!!! There will be a LOT of inked spilled. Bostonians might have to leave the country for the Winter.

I am trying to remember the younger Posada as a baserunner. I know he was always a piano carrier, but was he as boneheaded as he was in the last few years? The last few years, I've never seen anything worse than that. I have to believe that he was always bad and then just kind lost that little edge of concentration and tumbled into the worst of all time.