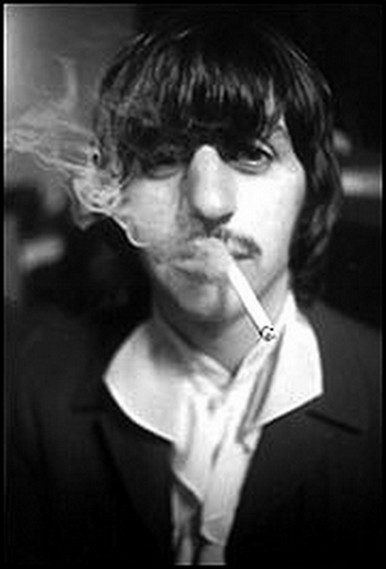 Our man Cliff has a piece up at SI.com about Jorge Posada’s chances at making the Hall of Fame:

He was the funny-looking one. The last to join the quartet, he had a big nose, a weak chin, a penchant for rings and worked sitting down. His contributions to arguably the greatest ensemble in his field have always been overlooked. Yet, even moreso than his Beatles analog, Ringo Starr, Jorge Posada was an equal partner in baseball’s fab four, the quartet of Yankees teammates who debuted in 1995 and won seven pennants and five World Series together (though Posada, who played in just eight major league games in 1996, sat out the first of those).

That Posada is so comparable to Ringo, “the funny one,” who wrote just two Beatles songs and two of the worst at that, helps explain why he has had such a hard time being taken seriously as an all-time great at his position. However, news of his impending retirement, first reported by WFAN beat reporter Sweeny Murti last weekend, gives us a much-needed occasion to revisit Posada’s significance in baseball history. It’s fitting that the news about Posada arrived just days before the announcement of this year’s Hall of Fame class, as a case can be made that Posada is worthy of enshrinement, and it has nothing to do with his having kept time with sure-fire first-ballot inductees Derek Jeter and Mariano Rivera or fellow borderline case Andy Pettitte, his Core Four brethren.

Just have to say: Ringo is an all-time great!
And I think the comparison is apt.

How dare you crap on "Octopus's Garden"

I hope Cliff's not forgetting, "What goes on". Early Beatles. Probably one of the worst guitar tracks in recorded history. Since the Beatles recorded it in stereo, you can isolate the guitar and the back up vocals in the right speaker. Either John was drunk when he played this, or they let Ringo do it... Vocals- Ringo Starr, Drums- Ringo Starr, Guitar - bugs bunny.

Ringo sang a number of songs but he only wrote those two.

Back off!! Ringo is one of the all-time greatest rock drummers. Why do you think John always told the drummers on his solo stuff "to play like Ringo."

He had the best post-Beatle single ("It Don't Come Easy"), and the best musical offspring.

"(though Posada, who played in just eight major league games in 1996, sat out the first of those)."

Just as Ringo sat out the first recording of "Love Me Do" in favor of session drummer Alan (Andy?) White.

Also, "Octopus' Garden" is NOT one of their worst songs, not by a long shot. It's melodic, it has great harmonies, great ensemble playing and it's delightfully fanciful and exudes a spirit of play and childhood freedom. NOT a bad song.

[4] Interesting you should say that, Ben. Are you referring to the sputtering, almost spastic, herky-jerky guitar sound? I always liked that, thought it had character.

[4] (You know what else about the guitar? It's an awful lot like the audio squiggles that open "Taxman" and album later.)

(Re: "What Goes On" (and the whole catalogue), I just turned up this little gem of a website dedicated to Beatles "anomalies": http://wgo.signal11.org.uk/html/content/w.htm#wgo)

[8] Right on. "What Goes On" has a great feel, and that includes the guitar.

[10] "Flying" is the outro music after nearly every NPR piece on the airline industry.

[7] Ever hear the Georgia Satallites version of "Don't Pass Me Buy" - shows what a good song it was.