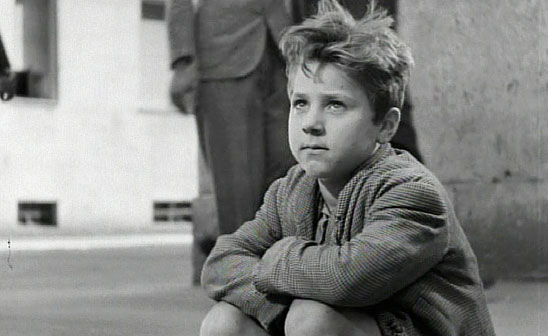 Back in the 1990s, I got an interesting call from a newspaper editor in Europe. He asked me if I could remember the first movie I saw as child that I liked, not because of the plot, but because of something else in it, something I had no words for at the time. Without ever thinking about it before, I knew what he had in mind. I recalled instantly trying to convey to a couple of my pals back in Belgrade what I liked about Victorio De Sica’s Bicycle Thieves, and becoming incoherent, as far as they were concerned. Like me, they were strictly fans of Westerns and gangster movies, but these were in short supply in the postwar Communist years, when we had a choice between upbeat Soviet films about fighting the Nazis and building socialism, or bleak Italian and French neo-realist films that were supposed to teach us a lesson by showing us the miserable lives of the working classes in the capitalist world.

The day I saw Bicycle Thieves I had become an aesthete without realizing it, more concerned with how a particular film was made, than with whatever twists its plot had. All of a sudden, the way the camera moved, a scene was cut and a certain image was framed, were all-important to me. I’d lie in bed at night replaying some scene from a movie again and again, making it more suspenseful, erotic and, of course poetic, and taking immense pleasure in that activity. No wonder my friends began to think of me as being a little weird when it comes to movies. I was twelve years old, clueless about most things in life, but already carrying in my head my very own exclusive and constantly expanding film library, not yet a match for Halliwell’s, but large enough to occupy me and enrich my inner life when I lay awake at night.

Star Wars is the first movie I remember seeing in the theater other than Lassie and my Dad took my brother and me to see Superman, as well. But The Empire Strikes Back was the first movie that I was obsessed with. It came out six months before my parents’ marriage ended and I got Darth Vadar and my father and the frozen Han Solo all wrapped up in my mind and it wouldn’t let go. It was thrilling–a true escape–but gave me no relief.

Tags:  bicycle thief  charles simic  the empire strikes back  when movies kept us awake at night