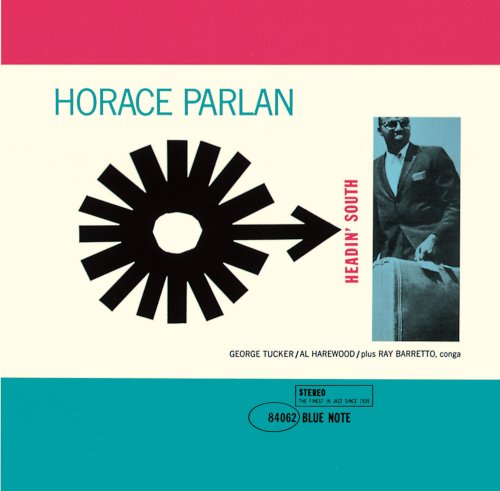 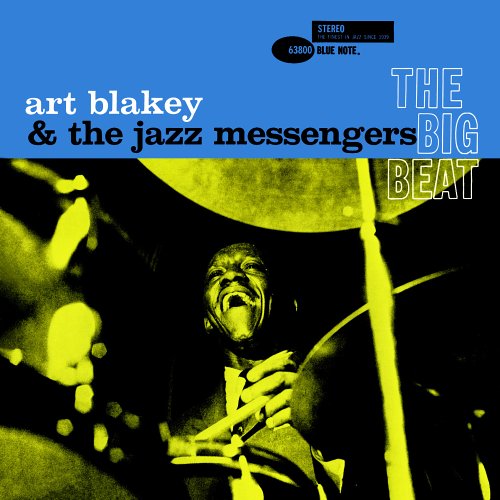 Horace Parlan, a piano player from Pittsburgh, suffered a polio attack at age 5, which left his right hand partially paralyzed. When he began playing the piano several years later, he developed a style all his own, since he couldn’t use his ring and pinkie fingers, at all.

This didn’t hinder Parlan’s opportunities to play with some of the biggest names in jazz, including working with Charles Mingus in the late 1950’s, then Lou Donaldson, which began his fruitful relationship with Blue Note Records and his rhythm section of choice: George Tucker on bass and Al Harewood on drums.

From Feb. 1960 - Feb. 1963, Parlan produced 7 albums for Blue Note, as a leader. He wouldn’t resurface as a leader for more than a decade, in his new homeland of Denmark. Headin’ South was the most colorful album art of his catalog and featured 2 of his original compositions – the title track and “Low Down”. But Parlan’s ubiquitous smile and joyful playing don’t play into a possible meaning of these titles!

Art Blakey. I could a write a book... One of the most important figures in jazz history and undisputed drum master. Art enjoyed about two decades worth of recording for Blue Note Records, producing an astonishing amount of albums as a leader and sideman.

This classic version of Blakey’s Jazz Messengers featured Lee Morgan and Wayne Shorter on the front line, with Wayne providing 3 of the compositions. The famous album cover for The Big Beat, is a live shot of Blakey at his drumset. The indelible look of his mouth agape, smile wide, beads of sweat on his forehead, as he clutches his sticks, is as powerful as the swing he used to propel generations of jazz greats. The entire music world owes a great deal of thanks to Mr. Art Blakey for infinite lifetimes of endless swing & groove!

This incredible album cover not only hangs in my home, but also in my drum studio to provide inspiration to my students and me!