“Disappointment was the only thing about the game that lasted. You could try not to get your hopes up, but you might as well tell the cat not to kill the birds.” 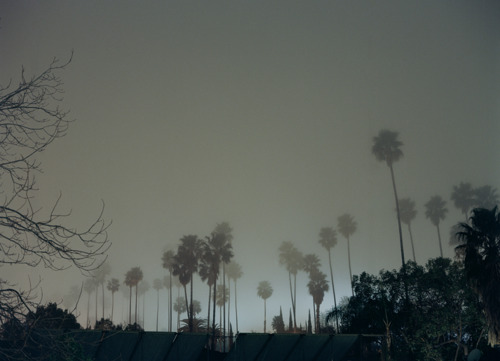 The time is 1953; the place, Los Angeles. A burned-out detective, Packard, watches Train, an 18-year-old protegee on the golf course:

“One thought,” Mr. Packard said. “Focus on one thought.”

Train heard that advice before, of course–all the twenty-six handicappers in the world was somewhere on a golf course right now, giving each other swing thoughts–but himself, he didn’t think one thing at a time, and didn’t know how. To start with, everything he saw had names–the ball, the grass, the club, his shoes–and he looked at those things and knew the names, and the names were thoughts. Just like being cold was a thought, and being hungry, and being worried. And besides the thing he was worried about, the worrying itself was a though. Things came and went away; you couldn’t stop it if you tried. He wondered if it was the same way for people that did the big thinking–Eisenhower and General MacArthur–or if somehow they could turn off the names while they was envisioned in a better world.

“What’s your swing thought?” Mr. Packard said behind him. “What are you telling yourself over the ball?”

That seem to amuse Mr. Packard, and he leaned back on his elbows and shut up to watch. The thing that made it work right wasn’t a thought anyway. It was whatever moved the ideas and thoughts along, the breeze that kept things circulating in and out of your head at a speed where nothing was hurried but nothing stayed so long you had to notice. That was all you wanted in your head to swing a golf club, a light breeze to empty things out.

Didn’t mean you had to be stupid to play the game, but it didn’t hurt.

It’s about golf but it could just was easily be about anything, including baseball.