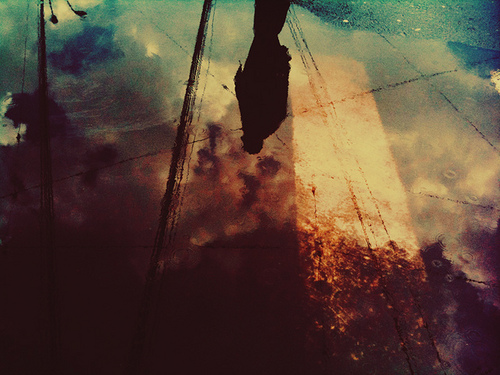 Here’s some random notes on a rainy but warm day in New York.

Richard Sandomir and Ken Belson on the Mets.

From the Bill James piece:
"In his 1929 book 20,000 Years in Sing Sing, Warden Lewis E. Lawes says that his young daughter, who was born inside the prison, knew all of the prisoners and was allowed to wander freely around the prison, with a few obvious out-of-bounds penalties. Think about what a different world that is from a modern prison. If I could divert your attention for just a second with a serious question: How did we slip backward like that? How did prisons become these violent hellholes that they now are, so that it is unimaginable to have an 8-year-old girl wandering the hallways of a maximum-security lockup?

It has to do with the three stages I was talking about before. Prisons in that era were in Stage One: If a prisoner acted belligerently toward the guards, the guards would pull out the rubber hoses."

I can't imagine an 8 year old girl being able to wander Sing-Sing today. And it's not just because back in the day, prisoners knew that if they so much as looked at her wrong, they'd wind up hanging themselves that night. There was a thin veneer of civility in society. Heck, even bank robbers wore suits and ties. Today, not so much.

I was most impressed with Phil consistently dropping that first curveball in there for a strike. Watching this rotation take its final shape is gonna be a lot of fun haha