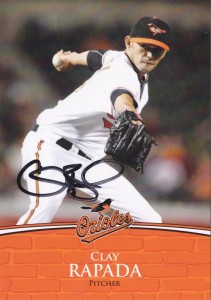 Once Hideki Okajima failed his physical, most Yankee observers assumed that Joe Girardi would carry only one left-hander–the erratic Boone Logan–in the Opening Day bullpen. That situation may have changed now, thanks to the remarkable spring performances of two obscure pitchers, veteran Clay Rapada and minor leaguer Cesar Cabral. The two southpaws have pitched so well in Grapefruit League play that Girardi and Brian Cashman are now considering the possibility of carrying a second left-hander.

On the surface, Rapada is not that impressive. He’s a 31-year-old journeyman who’s pitched for four teams in five years, doesn’t throw hard, and carries a lifetime ERA of 5.13. But thanks to one of the funkiest lefty deliveries I’ve ever seen, he is virtual Kryptonite to left-handed hitters, holding them to a batting average of .153 and an on-base percentage of .252 in his career. Combining funk and finesse, Rapada has clearly demonstrated the ability of overmatching lefty swingers. This spring, he has struck out nine batters in seven innings while not giving up a single run.

Cabral is a lesser known quantity than Rapada, but has the higher ceiling. Very quietly, he was selected by the Yankees out of the Red Sox’ system in December’s Rule 5 draft. He was above average at Double-A Salem last year, pitching to the tune of a 3.52 ERA and striking out 46 batters in 38 innings. With a smooth and fluid delivery, Cabral throws a fastball in the low nineties, topping out at the 95 mile-an-hour mark. He also has an excellent swing-and-miss changeup which can make him effective against right-handed batters. That ability would make him more than a lefty-on-lefty matchup reliever.

Like Rapada, Cabral has been brilliant this spring. The 23-year old has struck out 11 batters and walked only one in eight-plus innings. The Yankees have been duly impressed.

Here’s the trick with Cabral. As a Rule 5 draftee, he has to stay on the Yankee roster all season or be offered back to the Red Sox. If the Yankees try to slip him through waivers, he has almost no chance of clearing; someone will take a chance on a young left-hander with his ability.

If I were a betting man–and I’m not, unless it’s someone else’s money–I’d bet on the Yankees carrying two left-handers on Opening Day. After all, Girardi does love his late-inning matchups. And if I were to wager on either Cabral or Rapada, I’ll predict the Yankees take Cabral. With youth and stuff on his side–not to mention the chance to stick it to Bobby Valentine and the Red Sox–Cabral will be the choice.

By the way, if Cabral makes the Opening Day roster, he’ll become the first Yankee with the name of “Cesar” since Cesar Tovar played for Billy Martin in 1976.

In case you’re wondering why you haven’t seen Russell Branyan in any of these Grapefruit League exhibition games, it’s because he remains sidelined with a bad back. The injury has prevented “Russell The Muscle” from playing any games in Florida; somehow the Yankees have been listing him as day-to-day on their pregame notes, dating all the way back to the beginning of spring training.

Branyan’s inability to hit or play the field will likely cost him any chance of making the Opening Day roster. His chances were slim to begin with, but if he could have proven his ability to play a little third base and still hit with some power, he might have been a valuable backup. Now, his best chance of staying with the Yankees could depend on his willingness to go to Triple-A Scranton/Wilkes Barre, where he could be an infield insurance policy. It might be Branyan’s best bet. Given his age and health, I find it hard to believe that any of the other 29 teams would give a guaranteed major league contract to Branyan.

With Branyan pretty much out of the picture, Eric Chavez becomes a lock to make the team as a backup third baseman/first baseman and occasional DH. The question now becomes: who will be the main utility infielder, Eduardo Nunez or veteran Bill Hall?

Clearly the favorite, Nunez is younger, faster, and more athletic. Many observers have already penciled him in as the primary utility infielder, but until the Yankees release Hall, there is a sliver of doubt. While Nunez has more natural talent and youth on his side, Hall has more power and has more experience filling the difficult role of being a part-time player. He also does not have chronic trouble throwing the ball, a habit that plagued Nunez throughout last season. Based on spring training performance, Nunez currently has the advantage. He’s hitting over .300 while Hall is batting in the low .200s.

Perhaps the wise thing to do would be to start the season with Hall, see if he has anything left at the age of 31, and let Nunez compile some regular at-bats in Triple-A. If Hall proves he cannot play, the Yankees can always make the switch to Nunez in mid-season…

Very few trades are made during spring training, but the Yankees’ depth in pitching and in the middle infield could result in a deal or two. According to one report, the Yankees have offered Freddy Garcia to the Marlins, but Miami, which has already added free agent Mark Buehrle, wasn’t interested. Still, there are always teams looking for pitching in the spring; the list of Garcia suitors could include the Cardinals and the Tigers. Another rumor has the Yankees talking about a swap of Garcia for Bobby Abreu, but the Angels would have to throw in some money to offset Abreu’s $8 million salary. Garcia is making only $4 million.

On a completely different front, the Phillies, who are currently working without Chase Utley and his ailing knees, have talked to the Yankees about middle infield help. The Phillies are legitimately concerned that Utley will miss the entire season, if not have his career come to an abrupt end. Backup infielder Michael Martinez is also injured, so the Phillies have approached the Yankees about Ramiro Pena, who has no chance of making the Yankees’ Opening Day roster and is destined to start the season for the Scranton/Wilkes Barre traveling baseball show. Pena would likely serve as a defensive caddy behind Placido Polanco, who may be moved back to second base if Utley’s knees are as bad as the Phillies fear. 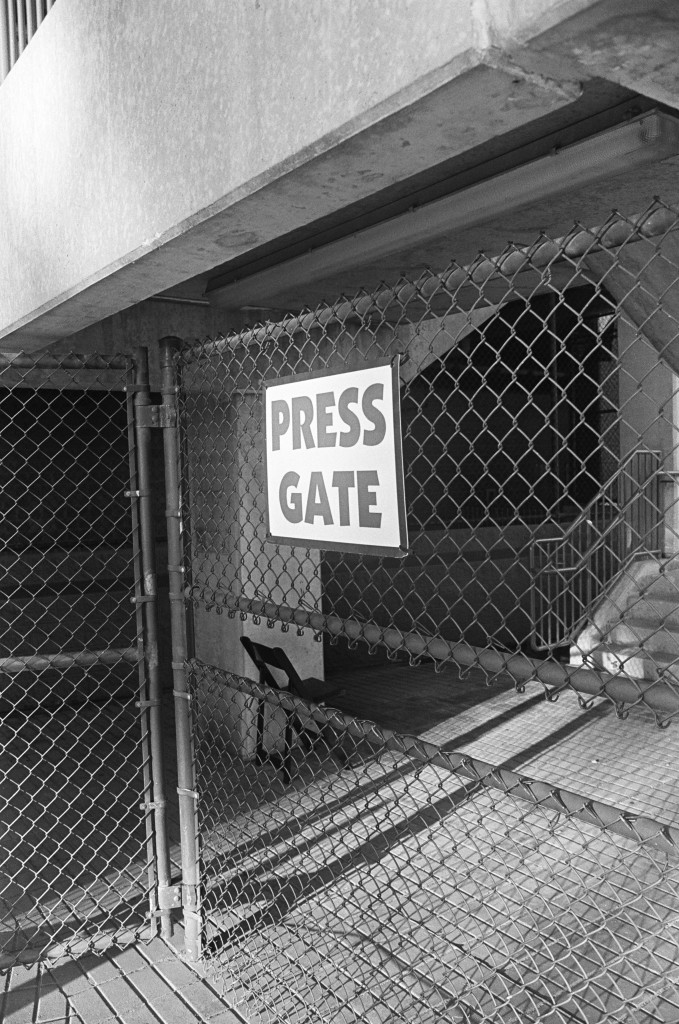 Yeah, Peña replacing Chase Utley. That won't be too much of a drop-off.