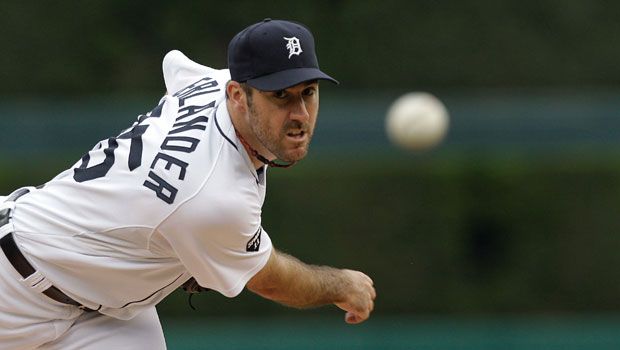 Verlander stops the cart, and we go into the woods to look for his ball. Two egrets, each standing on one leg, point it out. He drives it out of the woods and into a sand trap. We get back into the cart. Frankie ambles by and says, “There’s some pretty flowers in the woods, huh?” I say, “Yeah, Justin’s showing me the whole course — woods, rough, water hazards.” Verlander replies, “I’m just trying to be a good host, show you all aspects of the course.” I say, “Then why don’t ya show me one of the greens?” I pause, and then say, “With your ball near the pin.” Verlander glares at me, and then laughs. “People in real life don’t get ballplayers’ humor, the way we talk in the clubhouse,” he says. In “real life,” people say things they don’t mean. Ballplayers do the opposite. Verlander says, “I’m always hurting someone’s feelings.”

He sprays sand out of the trap, his ball barely reaching the green. Three shots later, we head off toward the next hole. His fastball topped out at 86 mph his senior year of high school, and scouts weren’t interested. So he went to Old Dominion University in Virginia and spent the winter lifting weights. He gained 20 pounds, and by the end of his freshman year, his fastball had been clocked at 96 mph. “All 20 pounds of muscle went to my legs,” he says, which helped him drive toward the batter with his fastball. “Blessed, I guess,” he says. “I was born to be a pitcher.”

what does it say about me that when I read that Verlander added 20 lbs of muscle and 10 mph onto his fastball over the course of a winter my eyebrow kinda raises?

I've said this in a previous post. Bartolo Colon should have been the veteran back of rotation starter that the Yankees kept. He is now 3-1 with a WHIP of .8 and ERA of 2.63 pitching this year for the A's. Even if he broke down later in the season the Yanks had enough starters to pick up the slack. And now this: