< Do You Believe in Miracles?      Million Dollar Movie > 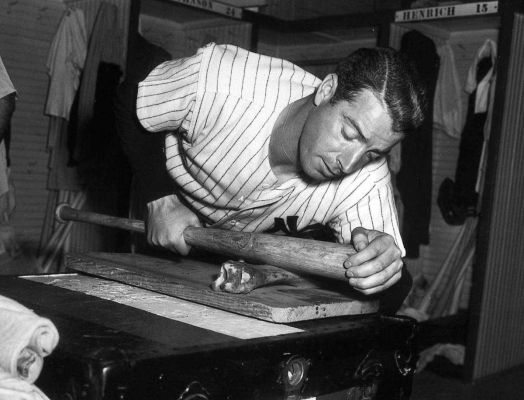 Suddenly working on a streak of their own, the Yankees won their fourth straight game (not including the suspended game from the day before) and three other notable streaks continued as well. Trailing 6-5 in the seventh, DiMaggio capped a four-run rally with a two-run single, bring the score to its final count, 7-6. It was his only hit of the game. Williams, for his part, singled twice, raising his streak average to a blistering .447. Neither of these accomplishments had yet been noted by the press, but it was reported that Yankee rookie first baseman Johnny Sturm was nursing an eight-game string. Manager Joe McCarthy had inserted him in the lineup just a day before the beginning of his streak, and reporters following the team were tracking his progress, waiting for the bubble to burst. They still weren’t on to the true story; eventually they’d figure things out.