Derek Jeter led off the game with a home run to right field, a few innings later Alex Rodriguez turned around a 95 mph fastball from Justin Verlander and hit a grown-up homer to left (eat your heart out Miguel Cabrera). 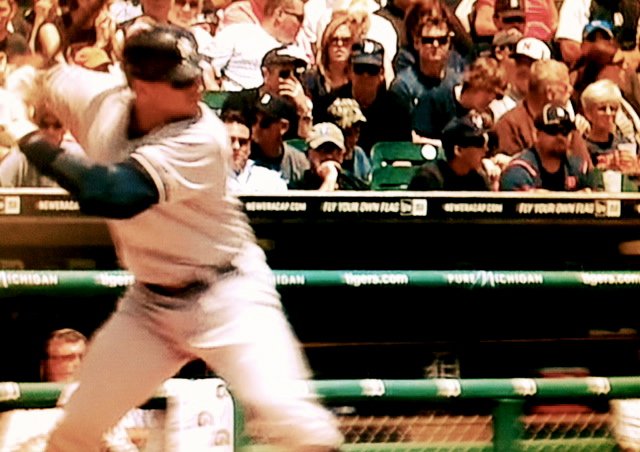 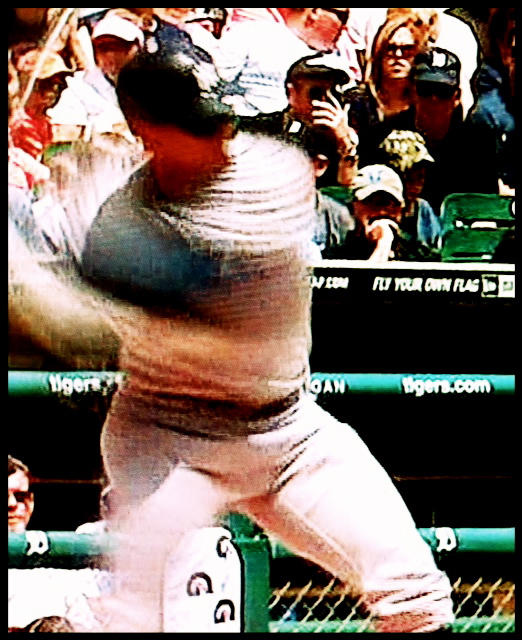 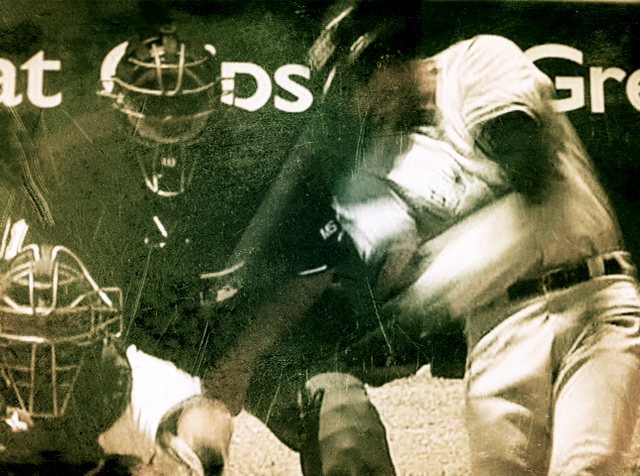 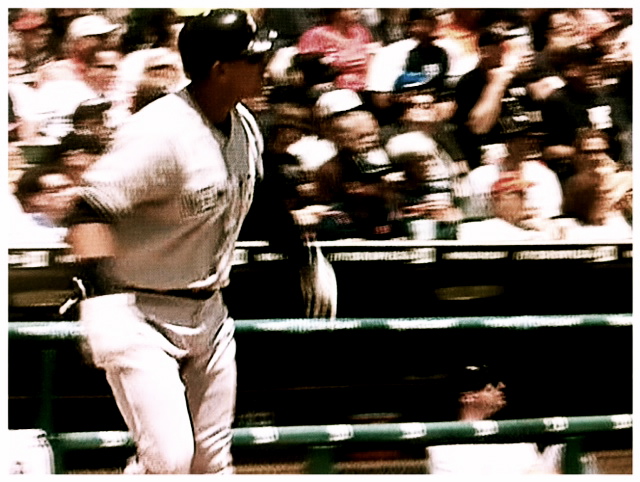 But I buried the lede–Phil Hughes was terrific. His fastball was in the mid-90s, the curve ball was crisp, and he out-pitched the Tigers’ ace as the Yanks sailed to a 5-1 win. Hughes went the distance (four hits, three walks, eight strikeouts), a remarkable comeback after his lousy outing in California. A solo homer to Prince Fielder was the one blemish on one of the finest performances of his career–he even struck the great Cabrera out twice.

I didn’t see this one coming. But after last night’s tense game, this one was a cool breeze.

Yanks have the day-off tomorrow and then will host the Rays followed by the Mets. Should be a fun week.

I've complained about the team boring me this year. This game was, for me, truly interesting. It was so nice, so compelling, to see Hughes---for one day at least---look like what we all hoped he would become.

And that Jeter guy is still ok at baseball, too.

A grown up 123 pitch CG for Phil. I like that, am heartily sick of "OMG, he's at 100 pitches, time to mix'n'match righties and lefties for the last 3 innings!"

[2] Indeed. As I posted during the game thread--

Wow, that was like watching a game from when I was a kid. Amazing. How did teams do this kind of thing forever and always before Tony Larussa descended from the mount?

[3] I think it's because Tony originally had success with it, and so everyone had to imitate it. Couple that with how much $ is invested in developing & signing starters nowadays, that everyone is afraid to let a starter go the distance. If a guy gets injured on pitch 120, then everyone points to it being pitch 120, rather than a more mundane reason of "hey, athletes get injured all the time."

[4] that's why I'm pulling for Nolan Ryan's organizational philosophy to prove successful, even though I am not great fan of the texas rangers.

[5] Me too. Nolan would ride a stationary bike for 1/2 hour after he pitched.

Not advocating a Cy Young level of CG (239 or so CG losses) but if a starter is going well, keep him in there. Babying didn't do so well for Hughes or Joba.

[5] Has it ever been really studied? After all, pitchers used to pitch every 4th day, relievers weren't called so readily, and guys routinely threw 250-300 IP year.

I do agree that waiting until a guy is 25 or so is not a bad idea, as stressing/damaging the body while it is still developing seems to be a bad idea.

But with long term and expensive contracts, I can understand teams being conservative.

I read an article yesterday (ESPN) about the unusually high number of DL stints in the last few years. The money involved is staggering.

If the disabled list is any indicator, pitch counts are having little effect on keeping pitchers healthy. I think that the benefit of limiting pitchers' workload is being counteracted by the lack of arm strength that results from not throwing enough.

This is not to say that having pitch counts is necessarily a bad idea; I just think the pitch limits need to be increased. Instead of 100 pitches being the caution flag, perhaps the limit should be 120.

[7][8] i read an article a year or two ago, in which it was claimed the 100 pitch limit was basically pulled out of thin air. If the article is correct, it was basically chosen for numeralogical reasons rather than based on observation or "science." i think most everyone now agrees hat some pitchcount limit is a good idea...maybe the league is slowly developing a more sensible limit rather than pointing to a nice round number like 100.

As for longterm contracts--sure, be cautious with the nvestment. But many teams actually don't sign pitchers to longterm contracts. Plus, it's usually established pitchers who get the big bucks. In that case, doesn't make a certain degree of sense to be more aggressive with young pitchers--push them harder than is typical--than to be cautious with them, only to watch the best get signed away by the Yankees or whoever once they are established. At least that might work for the "poorer" teams.

Specifically with Hughes, the Yankees at this point have almost no reason to be cautious with him. They need to see what they have in him before he is no longer under team control. They frittered away one year of development sticking him in a short reliever role, but that's a topic for another day.

I believe that a lot of starting pitchers do get a pretty dramatic drop-off after pitch 100 or so. Pedro turned into a mortal pitcher at about 105.
Obviously, it's not going to happen on some pre-determined exactly numbered pitch, and no doubt it varies from pitcher to pitcher. But I'm pretty sure it was studied in a serious way in the late 1980s and early 90s.

Not according to Bill James and Joe Posnanski...

Near the end of the interview, James claims that no serious logic or research went into it, but who knows how reliable that is.

...and here is a baseball prospectus study suggesting that the limit in most cases should be about 120 pitches per start. The study also suggests that low pitch counts (90 or fewer) may have a long term (over the course of a season) negative impact on pitchers.

[12] But that's on effectiveness in the next starts. I meant only that pitchers are less effective when their pitch counts are high in a given game. This BP article doesn't say anything that.

game started at 3am local time, just so happened I couldn't sleep, so watched it all. Flaherty was right on hughes, who wasn't that great in the early going (lets be honest, apart from Cabrera and Fielder that's one crappy lineup) - he was missing his spots by a wide margin. But, he settled in and GOT BETTER as the game progressed and that was as pleasing as anything/ The last 4 innings were about as good as he's pitched, tip the cap.

... The problem with the move toward pitch counts was that there was never any logic or research that said that limiting a pitcher to 100 pitches would prevent injuries, as opposed to 130 pitches, or 130 for young pitchers and 160 for mature pitchers, or as opposed to getting the pitcher out of the game at the first sign of a problem, or as opposed to improving his training regimen.