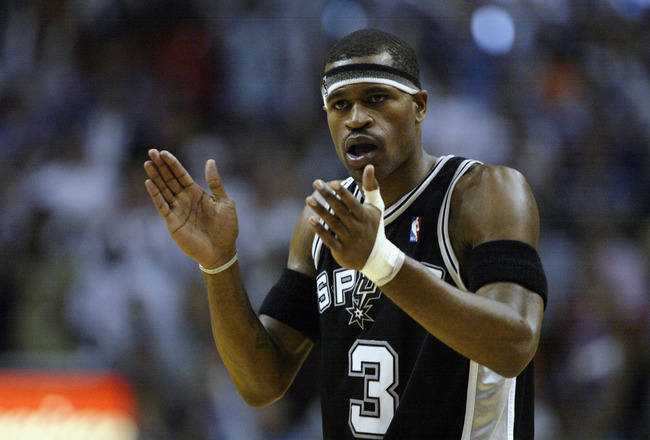 Jackson is a person whose past influences his present and will probably shape his future. Is he a good person who occasionally mixes in the bad? Or a bad person sometimes inclined to do good? The answer, with most like Jackson, is not as black and white as the familiar jersey he wears again.

“A lot of people mistake my passion for the game with being a thug or a gangster,” he said. “I’m far from that. I’m just a guy who come up in the hood and came from nothing and made something and hasn’t changed. I’m still going to be in Port Arthur all summer walking around with no shoes on, eating crawfish, barbecue, going fishing. I’m going to be the same guy, and I take pride in saying that because a lot of NBA players are not touchable. They’re not real. But I take pride in being a regular guy that people can walk up to and I’m not Hollywood. I want people to understand that that’s the person I am and I’m not changing for nothing.”