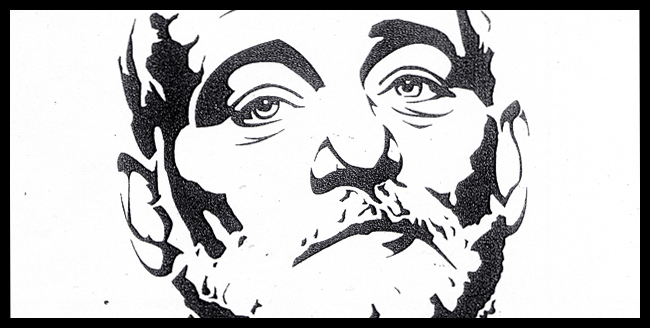 Over at Unlikely Words check out a link to Scott Raab’s latest Q&A with his old pal Bill Murray:

SR: Your Second City teacher/mentor Del Close is a guy I’ve never read enough about. What was it that made him so influential?

BM: Well, he was a guy who had great knowledge of the craft of improvisation. And he lived life in a very rich manner, to excess sometimes. He had a whole lot of brain stuck inside of his skull. Beyond being gifted, he really engaged in life. He earned a lot. He made more of himself than he was given. Came out of Manhattan, Kansas, and ended up hanging out with the Beats. He was incredibly gracious to your talent and always tried to further it. He got people to perform beyond their expectations. He really believed that anyone could do it if they were present and showed respect. There was a whole lot of respect.

BM: He taught lots and lots of people very effectively. He taught people to commit. Like: “Don’t walk out there with one hand in your pocket unless there’s somethin’ in there you’re going to bring out.” You gotta commit. You’ve gotta go out there and improvise and you’ve gotta be completely unafraid to die. You’ve got to be able to take a chance to die. And you have to die lots. You have to die all the time. You’re goin’ out there with just a whisper of an idea. The fear will make you clench up. That’s the fear of dying. When you start and the first few lines don’t grab and people are going like, “What’s this? I’m not laughing and I’m not interested,” then you just put your arms out like this and open way up and that allows your stuff to go out. Otherwise it’s just stuck inside you.

…SR: Did you and Bruce Willis get along on the set of Moonrise Kingdom?

BM: I got along great with Bruce Willis. He’s different, though. He’s rolled as a movie star for a long time, so it’s a little different for him coming into Wes Anderson’s world, where no one gets movie-star treatment. Life really does change when you go on one of Wes’s films — you gotta sit back and relax. But Bruce absolutely delivered. He was really game. It was like, Let’s play. Sometimes you get people that don’t want to play — they just want to perform, to act. He’s a movie star, I’ve been a movie star — we don’t have to take this so seriously. So we’d play. We’d goof up a take just for the fuck of it. He delivers one of the biggest laughs of any movie I’ve ever been in. And it really took a movie star to do it. The casting of Bruce was perfect. This movie is really funny. This movie’s gonna be big. Big.

Then stick around for a mess-o-links to other stuff about Murray. 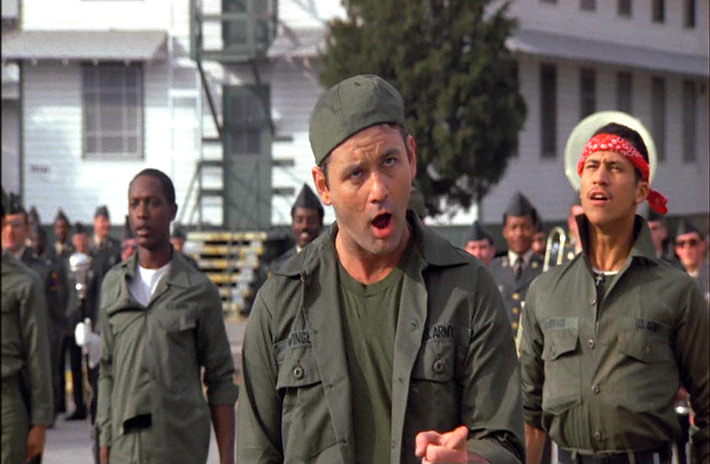 [Photo Via: Monster Fresh; thanks to Kottke for the links]

he's a genius, there's really no other way to say it.

the stories about Del Close in Woodward's "Wired" are absolutely ridiculous too.