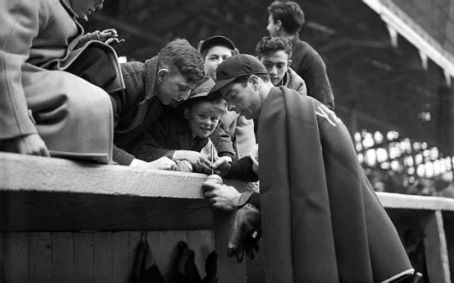 It took a while, but in the sixth inning DiMaggio stepped up to the plate and killed two birds with one stone as he sent a home run to right, bringing his personal hitting streak to thirty-five games and stretching the Yankee home run streak to a major-league record eighteen games in a row. The homer gave his team a brief lead, but the Yanks would need a two-out ninth-inning rally (which included a DiMaggio double) to earn a 5-4 win.