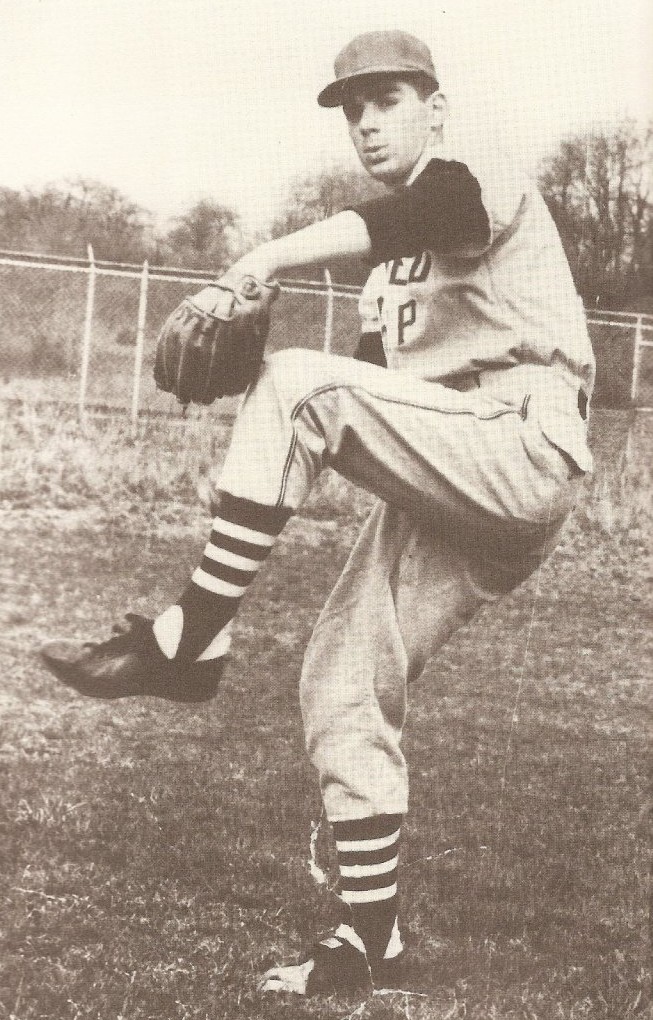 Over at SB Nation’s Longform, here’s Pat Jordan on his days pitching in the minor leagues:

The closest I ever came to pitching a “Big Game” in the minors was in my last minor league season, and it was a “Big Game” only because it was my last game. The year was 1961, and I was pitching for the Palatka in the Class D Florida State League, against the Tampa Tarpons, a farm club for the Cincinnati Reds. I was wild as usual, walking batter after batter, sweating in the merciless August heat, kicking the dirt, cursing myself, my teammates, the umpires, the fans, the opposing batters just standing at the plate, relaxed, grinning even, their bat resting on their shoulder, not even expecting to swing, just waiting out their four balls before they trotted to first base. Their fans cheered my ineptitude at first, but even they got bored with so many walks and runs for their team, the game, for all intents and purposes, already over in the first inning. They began moaning and jeering, pleading with my manager to free everyone from this painful public disgrace, “Take him out, he’s done on both sides.”

The next batter stepped into the batter’s box. I already knew he would be the last batter I would ever face in my aborted career. I glared at him, my final chance to salvage some pride, to go out on my shield on a boat filled with burning straw into that vast sea of an ordinary life that awaited me in Bridgeport, where I expected to work one shit job after another to support my wife and squalling kids; Mason laborer. Soda jerk at a drugstore. Ditch digger on a construction crew. And then, after work, dirty, depressed, and disgusted, I would drink too many beers before I went home to my poor beleaguered wife.

So I decided to plant my fastball in this final batter’s ear; Pete Rose.

Do we comment on what we think, or what is right? That dark place inside is sometimes correct for the survival of the species.

This excerpt is simply well written.

Whole piece is good. Patty is nothing if not honest about his failings as a player.