I Just Don’t Have that Much Jam 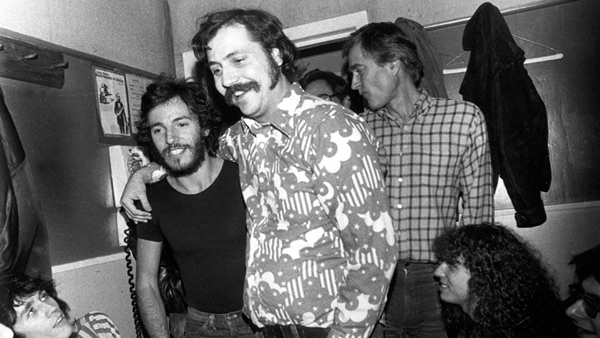 Today, let’s take a moment to appreciate the rock n roll critic Lester Bangs. For a sense of who Bangs was and what his work meant, read this by Maria Bustillos.

Sue Mathews: How much relevance do you think Rock’n’Roll can have to an ageing population?

Lester: Well, It’s like a friend of mine said when I asked him “ Do you think The Rolling Stones should break up now that they’ve put out ‘Some Girls’ and quit while they’re ahead or should they keep going? ”. And he said “Oh no, absolutely, they should keep going until they’re totally senile, and a little bit more creepy and pathetic and creaky each time playing the same old Chuck Berry riffs until they’re 60 years old”. And I agree that’s exactly what they should do, and I think Rock’n’Roll as it goes along gets more creaky. The whole culture will get more creaky and why not. I mean I’d rather listen to the Stones than Tony Bennett or something like that. I guess what you’re asking is if the youth is a minority, and then Rock’n’Roll as being. . . . . well. . . Lets look at it this way, lets compare it to say Jazz or to Blues, music where some of the greatest work was done. When the artist Charlie Parker or Mingus or who ever, who were in their 30’s and 40’s. I mean I thinks it’s a total myth that only someone who is an adolescence can create good Rock’n’Roll. Patti Smith didn’t start till she was in her 30’s and she’s created some excellent Rock’n’Roll, some of it even great. Lenny Hayes is in his 30’s, in fact to tell the truth this whole punk rock thing, half of the people in it are in their 30’s. When you get right down to it, nobody admits their age, very few of them are 21 years old I guarantee you. I mean the people that make it are like Bob Seger, Ted Nugent what ever you may think of them, they’ve been slogging around for 10 years. Most of the people that make it have been slogging around for ten years. Debbie Harry, that whole group, it’s just simple arithmetic that these people could not be teenagers if they’ve been trying for that long. It usually takes about that long in fact or it quite often does. So it stands to reason that you know it’s not this myth that this person drops out of high school and grabs a guitar and the next week is the biggest thing in the country, I mean yes this happens, but in general it’s not that way at all.

Funny this came up - Almost Famous was on the other day. Man, I love that movie!!!