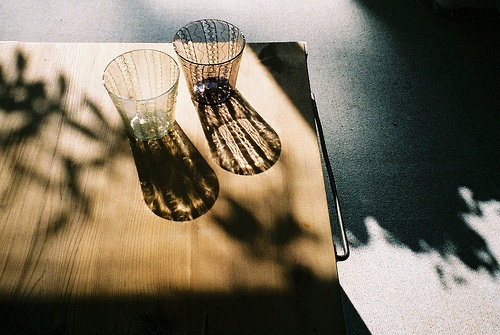 Aw, hell. It’s never fun once the season is over, though in some ways it is a relief.

Here are some final thoughts via the intrepid Chad Jennings.

Over at Grantland, Jonah Keri has a thoughtful take on what happened and what’s next for the Bombers.

And here’s our man Cliff.

Thank you guys for hanging around for our 10th season here at the Banter. Don’t go away, we’ll be here, as usual, all day, every day.

In a way it is a relief that the season is over. I (we) spend a lot of energy in something that we don't have any control over. Living and dying with each pitch.

I now have a lot more free time, and will not be cursing at my inanimate tv as much for the next few months. (Except when the NY Giants are playing).

We say it pretty often, but it is worth repeating. Imagine being the fans of a team that is almost always out of the running? Since 1995 and with the exception of 2008, this team has been playing into October.

Sure I am disappointed, but in the grand scheme of things, it is only a game and I am more than just a fan of the Yankees. Life goes on, and it still quite beautiful, despite the Yanks not winning it all this year.

I'm certainly relieved the season is over, but I'm less worried about the talent on the filed than I am about the competence (and gumption) to tweak the roster moving forward. If the Yanks are being directed more by their purse strings than by their development, than the Yanks are in 80's kind of trouble. That said, if it is that kind of issue, I certainly hope it doesn't take a life-changing event for them to return the focus back to development. One thing George had proven, then apparently forgot as the success went to his, the majority of fans and the media's heads, is that money won't fix anything if it's not spent in the right places.

[3] You know what else is so funny about that? It was inevitable that they would do so...

Two 40-ish year-old Yankees hobble into a bar...the third one ducks (to get the phone number of a young lady sitting nearby)... ;-)

Really enjoyable read from Keri.
The bottom line with ARod is, unless someone picks up half his salary, it would be plain dumb to move him.

[6] Wow... REALLY COOL. It's just so nice to hear someone stick up for ARod. And he certainly makes a case for ARod being one of the Yankees BETTER PS performers.

I hate scaprgoating. I hate lynch modes. I hate blaming others to make yourself (or someone else) look better. If the Yankees organization prompted the 'trade talk', then they should be ASHAMED! As I point out regularly, the Yankees threw money at ARod. They had the upper hand. They had let ARod go. It was Alex who came crawling back begging to be a Yankee again.

And through all this shit, Alex is giving good interview. He is upset, as any competitor would be, but blames himself and his lack of performance for what has happened. And he DOESN'T point out that everyone else played like shit.

Frankly, I'm liking ARod more every year, even though the numbers disappoint a bit. He has matured a lot, dealt with a lot of his issues, and has turned into a fine teammate. A mensch even!

[8] They didn't let ARod go. He & Boras opted out of his contract during the World Series. Which pissed off Selig to no end.

The Yanks said they would not re-sign him if he opted out. The Rangers were paying 21 million of the 73 million that ARod was due. Boras left a voicemail for Cashman, so we will never know if Cashman would have been willing to extend ARod's contract.

The Rangers were the real beneficiaries of his opting out.

ARod says a lot of the right things, but he has media people helping them as does Mitt Romney.

I don't blame ARod for the Yanks collapse against Detroit, but he is not the victim here. He gets paid the most and has not been producing. Jeter went through this too, when his numbers were down last year. And Jeter is beloved by the fans and media.

[6] I can't imagine how much vitriol that article would elicit on LoHud's comment section! They wanted to fire everyone today.

I also blame the Yankees, who thought that overpaying him would work out, as he was on pace to have the home run record.

Nobody was bidding for ARod and his contract that he got from the Yanks was stupid. Everyone laughed at Texas as they overpaid ARod, and then the Yanks made the same stupid mistake, but worse, since he was older when they made it.

[6] That articel make some fine points, but I don't think it is fair to say that Mickey Mantle had better hitters around him on his team. I also think it is unfair to say that without ARod in 2009, it would have been 12 years without a title. If the $ they are/were paying Arod were divided up between 2 very good players. They might have more titles.

[9] What you say is basically fact, but you are leaving out a lot of the story.

Based on what I read at the time, and what ARod has said since:

The opt-out was a Boris idea, as a negitiating ploy. ARod had told Boris he definitely wanted to stay with the Yankees (the same thing he is saying now). Boris assured ARod things would be OK.

So Boris goes for the opt-out, and Boris times the WS announcement.

Shortly after, when Cashman was asked ARod's status, Cashman said ARod was a free agent and that the Yankees would NOT pursue him, as he had told the press many times before, if Alex opted out.

When ARod relized he situation, that he would not be a Yankee, he freaked. He called his famous friend at Goldman Sachs (what's his name), who advised ARod to bypass Boris and go directly to the Steinbrenners to plead his case, which was what he did.

So ARod went (crawled) to the Steinbrenners, said he fucked up, said Boris fucked up, and told them he absolutely wanted to be a Yankee, and he would negotiate the deal withOUT Boris.

At this point, against Cashmans opinion, the Steinettes cut the deal they did.

My point is, they could have said "NO".
They could have hardballed him and offered him 8/$200m MINUS the $21m he cost the Yanks by opting out.

ARod was in no position to object to anything.
While he 'allowed' Boris to opt him out, because like every other athlete, he wanted as much money as possible, it was all based on staying with the Yankees.

So the Steinettes, by far, had the upper hand.
Cashman had already told the press the Yankees would move on withOUT ARod.

As the article states, the Steinettes, feeling ARod would pass Bonds in the HR race, saw all kinds of $$$ coming in, and of course, renewed mystique and aura. So they made ARod an offer well above what it would have taken.

My point is both Tom Hicks and the Steinettes decided what they would give ARod. ARod did not put a gun to their heads or kidnap their children.

If there is anger over what ARod is paid, it should be directed at
1) Tom Hicks (who literally overpaid by $50m)
2) The Steinettes (who overpaid by 2 years)

By the way, Jeter posted a 2.1 WAR this year, worth about $9.5m.
My guess is the Jeter contract will be an overpay of well over $20m.
The fans worship Jeter, so this will never be mentioned.
Since many fans dislike ARod, and he is 24/7 media fodder, ARod will constantly be harassed for his salary... which he was not responsible for.

[13] How is ARod not responsible for his salary? He signed on the line, no?

In any case, who cares about all of this soap opera bullshit. The reality is that the Yankees are locked into ARod's salary, and short of a miracle (like the Dodgers showing up and offering to take on his whole salary), the Yankees are not going to be able to move him. Meanwhile, as OYF keeps pointing, ARod continues to be a valuable player at 3B---perhaps not worth the money the Yankees are paying him, but that's water under the bridge. Moreover, the Yankees have no replacement available, and there is probably little there on the FA market (assuming the Yankees would be willing to take on more salary).

So, unless Cashman pulls some shit out of his ass, the Yankees starting 3B next season is ARod, and that's not really bad thing.

[14] Maybe Arod now has the time to fix his lower body, slim down, and get his swing and some power back. I'm hardly an Arod supporter, but the contract is done and old news. He probably gets another year to try and possibly achieve, but if he can't be productive that has to be the last as a regular postition Yankee. The fanbase will be toting pitchforks and pikes.

The season end for the Yankees was just so shocking, Arod became the poster child for the team failure at hitting. But 95 wins for best in the league, and holding off the O's for a month has to be appreciated. The pitching is fine and probably will be better next year. There will be changes, but I don't think Arod will be one of them.

This whole thing is exhausting, and rational minds need some time to keep perspective.

[15] Good luck with that, waiting for that could easily turn into a hit play.